Biden’s Plan Is More than a Climate Plan 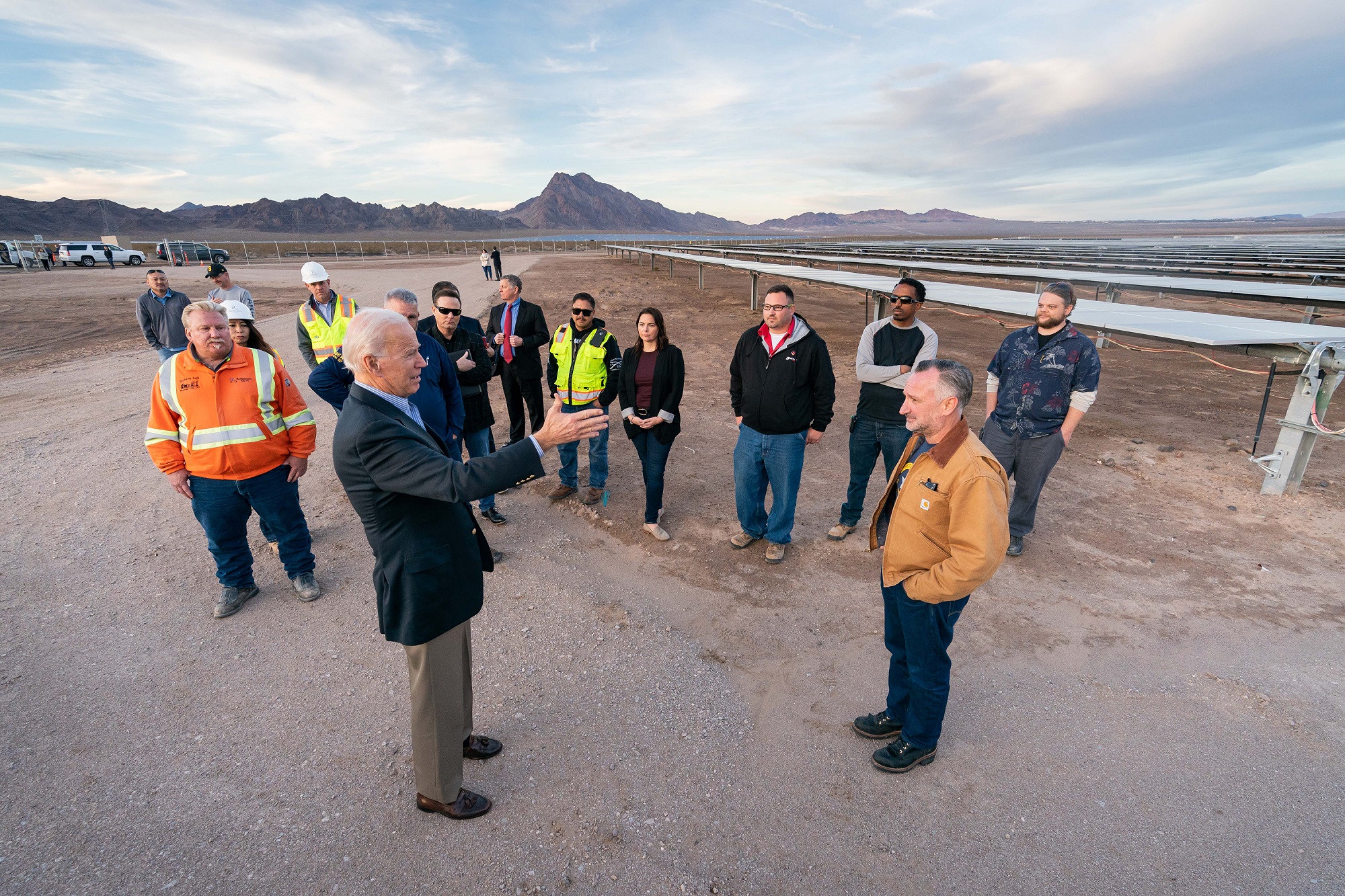 Joe Biden has provided a road map to an economically, environmentally, and morally superior future.

Presumptive Democratic presidential nominee Joe Biden released a $2 trillion plan in July to combat climate change. Environmentalists rejoiced. It is, by far, the most ambitious climate proposal ever floated by a major party nominee. But what makes Biden’s proposal special is not its price tag—it’s the way that it integrates climate mitigation into a comprehensive modernization of the U.S. economy.

The plan would accelerate the innovation and adoption of new technologies. It would improve public health and extend lives. It would begin to address some of the inequities that fossil fuels have inflicted on society. And it would reestablish the United States as a country of makers. That’s not a climate plan. It’s a vision for a better America.

How would the Biden plan work? There are a lot of wonky details, but all you really need to understand is this two-step process: Biden would first invest in research and development, then use the power of the federal government to promote the adoption of breakthrough technologies.

That’s how Biden plans to zero out carbon emissions from power plants by 2035, a sector that currently emits 27 percent of U.S. carbon pollution. He would commit $300 billion over four years to R&D, including in renewable energy—a sixtyfold increase over current levels. Then he would use the power of the federal purse to buy those cutting-edge windmills and solar panels. He would offer tax incentives to developers that integrate clean energy into their projects. He’d improve existing power lines—speeding the distribution of energy from our country’s windy, sunny regions to where it’s needed. Better transmission infrastructure is a crucial step toward making 100 percent renewable power a reality.

The transportation sector, which contributes 28 percent of greenhouse gas emissions, is another opportunity for rapid improvement. Electric vehicles represent less than 1 percent of new car sales in the United States. Biden would change that with his two-step process. First, invest in research ($400 billion for better, cheaper car batteries). Second, promote adoption (with tax incentives to trade in gas guzzlers and by expanding the charging station network by a factor of 25 over 10 years).

An America less reliant on fossil fuels is a better America. Particulate matter air pollution kills 100,000 people in the United States every year, with cars and power plants as the leading contributors to that toll. And the burdens of pollution fall disproportionately on low-income communities and Black and Latino communities. Black people are exposed to 1.5 times as much dangerous particulate matter as white people. Latinos and low-income communities have similarly elevated exposures to this type of air pollution. The data on these unjust pollution loads go on and on.

If elected, Biden plans to direct 40 percent of his climate spending to rural and urban low-income areas, as well as BIPOC communities. That means jobs in the clean energy economy, weatherization of homes, and much more. It won’t remedy a century of the unequal burdens of industrial pollution, and it can’t completely prevent the worst effects of climate change from falling on these communities. But it is a statement of purpose—a recognition of a long-standing problem and the first major, deliberate action to fix it.

There’s much more in Biden’s plan. Our outdated buildings, which generate nearly 29 percent of our carbon emissions, would be modernized. Public transit would be upgraded in all major cities. No new offshore drilling permits would be issued. And, to ensure that future technologies are built in the United States under U.S. labor and environmental standards, Biden’s plan ensures that U.S. companies and taxpayers would be the recipients of federal investments.

For decades, policymakers have treated climate change as something incidental to our economy—like a misshapen mole that we could simply slice off. Biden’s proposal is among the first to acknowledge that the climate crisis isn’t a cosmetic flaw but a cancer that is circulating throughout our economy. There’s a better future waiting if we quit stalling and begin the treatment.