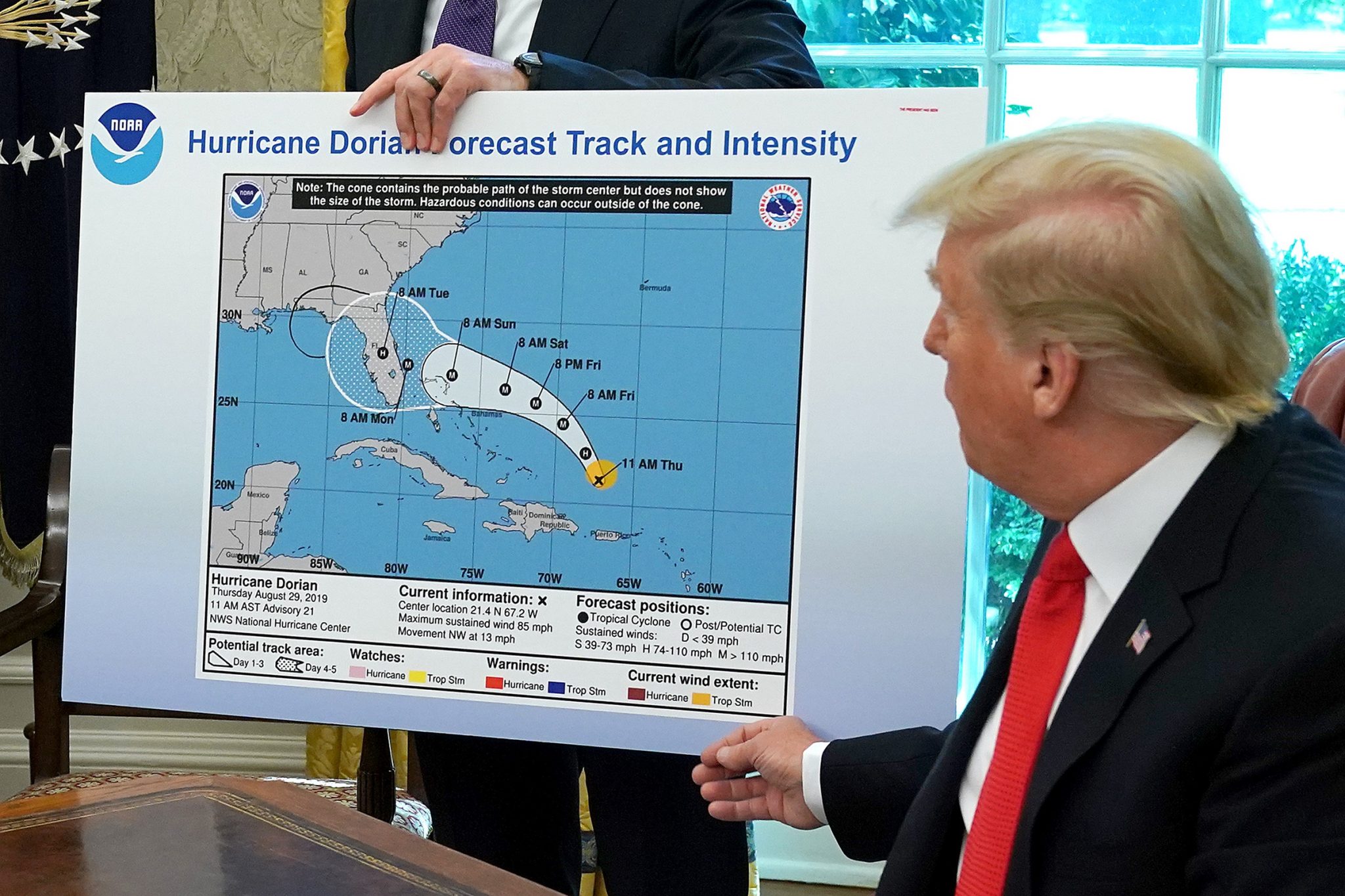 Having learned nothing from Sharpiegate, Trump’s EPA altered a Wisconsin pollution map.

What is it with Donald Trump and maps? During the 2019 hurricane season, Trump was widely ridiculed when he appeared to have taken a Sharpie to an official storm forecast map to contradict the work of government scientists. The repercussions of “Sharpiegate” continue to reverberate in Washington, D.C.’s scientific community. Now, the administration has redrawn a pollution map in the state of Wisconsin to give a false impression that its air quality is improving.

For those who have forgotten Sharpiegate, here’s a brief review. When Hurricane Dorian was bearing down on the southeastern United States last September, Trump tweeted that Alabama was among the states likely to be hit. In fact, the National Hurricane Center never placed Alabama in the “cone of uncertainty”—the area that faces the highest risk—of Hurricane Dorian. Rather than admit his error, the president insisted in a subsequent press conference that there was a 95 percent chance of Dorian striking Alabama. In addition, Trump used a marker to alter an official government forecast map, redrawing the hurricane’s path to include the state of Alabama. The amateurish scribble was obviously a last-second change by a very petty human being, but it was also a dangerous alteration attempting to spread misinformation in the face of a powerful storm. Since Trump’s love of Sharpies is well known, it didn’t take Nancy Drew to deduce who had probably tampered with the map. For its part, the National Oceanic and Atmospheric Administration (NOAA) issued a misleading and unsigned statement suggesting that Trump had done nothing wrong.

Sharpiegate is now back in the news as an internal investigation found that NOAA leadership violated scientific integrity policies by attempting to cover for Trump’s inaccuracies. But here’s where it gets really sketchy: Senior leaders in the U.S. Department of Commerce, which houses NOAA, have refused to grant interviews to in-house investigators. The reason for their stonewalling? They’re not technically bound by scientific integrity policies. (Just like their boss in the White House, we guess.) 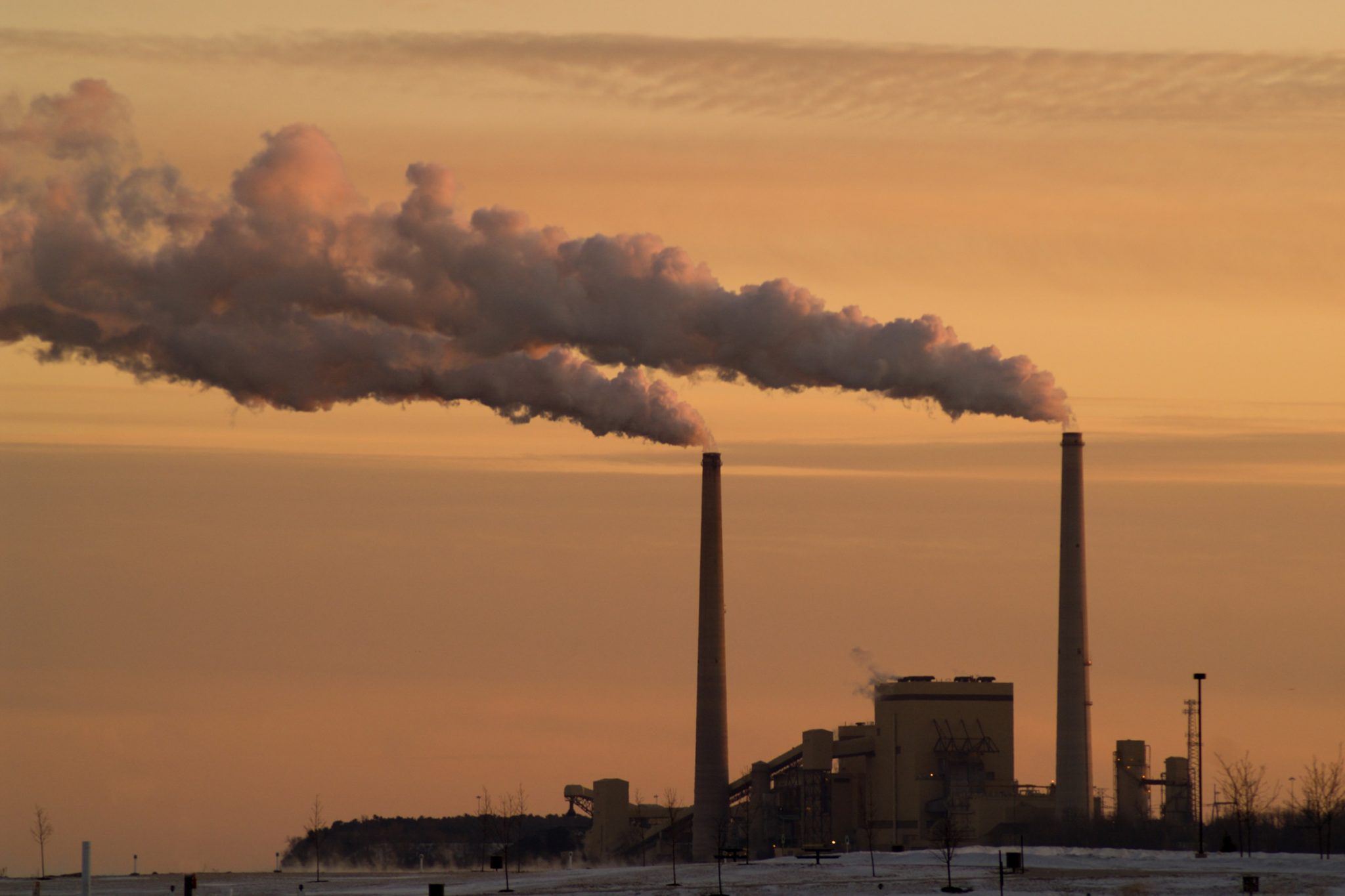 Taking a cue from its friends in the Commerce Department, the U.S. Environmental Protection Agency (EPA) recently decided to pull its own cartographic shenanigans. The city of Sheboygan, Wisconsin, has some of America’s most polluted air, with ground-level ozone levels among the highest in the country. The Trump administration has made little progress improving Sheboygan’s air quality.

This is a problem for President Trump because he desperately needs to hang onto Wisconsin in the November election. He won the state by less than a percentage point in 2016. So, in an attempt to pull the wool over the eyes of Sheboyganites, EPA administrator Andrew Wheeler simply redrew the boundaries of the city’s air pollution map, excluding the air monitor on the coast of Lake Michigan that has recorded the worst air pollution in the city. With a single stroke of his virtual Sharpie, Wheeler brought the rest of Sheboygan into compliance with the Clean Air Act. Internal emails obtained through the Freedom of Information Act show that EPA scientists strongly objected to the maneuver, with one expressing “disbelief.”

That scientist must not be familiar with the work of Donald Trump.

Postfire logging has been called “mugging a burn victim.” Trump wants to make those muggings easier. The Bureau of…