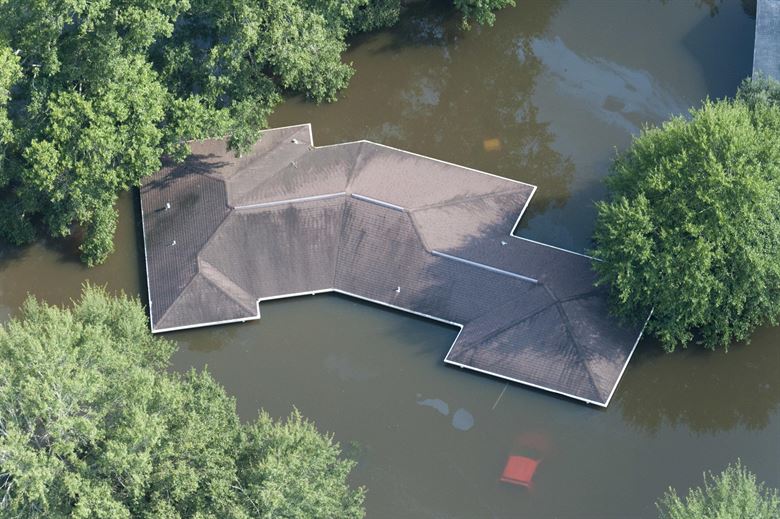 Minutes after opening the 116th Congress last week, incoming Speaker of the House Nancy Pelosi issued a stirring call to national action on what she called “the existential threat of our time: the climate crisis.”

In Pelosi we have a leader who is listening to the science—and to the American people across the country as they rally around the urgent need for effective action to stem this global scourge.

Aided by that rising chorus and the growing movement calling for a Green New Deal, the new Democratic majority in the House has launched an assertive effort to use its power to help avert climate catastrophe, a threat the previous majority ignored.

After two years of watching the Trump administration retreat from climate progress at home and abroad, we’ve come to a national moment of hope. There’s a long road ahead. But now’s the time for every American who cares about leaving our children a livable world to stand up, speak out, and add their voice to the growing momentum for progress.

Blockbuster reports last fall from leading climate scientists, both in the United States and around the world, made clear the dire straits we’re in and the links between climate change and inequality. Seas are rising, threatening our coastal communities and all they support. Croplands are turning to desert, threatening ranches and farms across the American heartland. Entire species are dying off faster than at any other time since the dinosaurs disappeared some 65 million years ago. Storms, wildfires, and floods are raging. The Great Barrier Reef is dying.

All over the world, the impacts fall first and hardest on those with the fewest resources to take care of themselves. In our country, low-income communities and people of color often bear the greatest burden of climate hazard and harm.

All of this will get much worse, the science tells us, unless we move quickly and deliberately to cut the dangerous carbon pollution that is driving global climate change. And we must do so in a way that creates good jobs and promotes secure livelihoods for our families.

We’ve made progress, but not nearly enough. Growing frustration over congressional inaction was a key reason voters handed Democrats a House majority in the midterm elections last fall, after eight years of Republican control. The new majority has gotten the message. Now it’s on us to work with them and hold them to account.

On the same day Pelosi assumed the speaker’s gavel, using her opening speech to spotlight the urgent need for climate action, the new House voted to create a Select Committee on the Climate Crisis. That’s an important step forward. The select committee can help provide the focus and attention the climate crisis deserves, even as standing committees that work on the issue move forward with areas they oversee. Three House committees—Natural Resources; Energy and Commerce; and Science, Space, and Technology—plan hearings on climate change.

“The entire Congress must work to put an end to the inaction and denial of science that threaten the planet and the future,” Pelosi said in remarks that drew a standing ovation on the packed House floor. Casting the issue as a matter of public health, national security, economic prosperity, and moral stewardship, she said congressional inaction was out of step with American priorities. “The American people understand the urgency,” Pelosi said. “The people are ahead of the Congress. The Congress must join them.”

Independent polling tells the story. Seven in ten Americans understand the growing dangers of climate change and expect the government to take action, a November poll by Monmouth University found.

The House has undergone a sea change, with climate action near the top of the agenda for the largest group of new members in history. The House freshmen elected in November are far younger and more diverse and feature more women, as a group, than the incumbents they’ll be working alongside. Of the 101 newly elected House members, two-thirds are Democrats, 42 are women, 24 are people of color, and 22 have served in the military or the Central Intelligence Agency.

On the climate front, that’s already happening. Led by climate activists like 29-year-old New York representative Alexandria Ocasio-Cortez, the youngest woman ever elected to the House, this group is demanding an overarching legislative package that puts us on the path to a clean energy future that’s equitable and just.

At the grassroots level, the fast-growing, youth-oriented Sunrise Movement is calling for a Green New Deal, a comprehensive slate of policy measures that promote a just and equitable transition away from coal, oil, and natural gas and the climate-wrecking carbon pollution that comes from burning those fossil fuels. Demand for climate action, in fact, is rising across generational, geographic, and even partisan lines.

There’s no question we need a comprehensive national effort to speed that transition. Already, some 3.2 million Americans go to work each day helping us to do exactly that. The right policy mix can help us create jobs for many millions more, by tying those efforts to a national mission that advances innovation and makes use of the world’s most talented and committed workforce.

The Select Committee on the Climate Crisis must help us get that right. That means thorough hearings and investigations into the Trump administration’s long record of suppressing science; rolling back commonsense rules that clean up our dirty power plants, trucks, and cars; and putting polluter interests ahead of the national interest in averting climate catastrophe. It means transparent and inclusive proceedings that bring in the voices of low-income communities, people of color, and others already living on the front lines of climate disaster. It means legislative policy solutions that promote a just and equitable transition to 100 percent clean energy by, for example, speeding the shift to more-efficient cars, homes, and workplaces powered by clean, homegrown American energy from the wind and sun. And we must cut carbon pollution entirely, or offset it enough to achieve net zero emissions, by 2050 at the latest.

It’s encouraging that the woman chosen to chair the select committee, Florida representative Kathy Castor, is a longtime climate advocate and clean energy champion who has pledged to work with proponents of a Green New Deal. “There’s some fabulous proposals in the Green New Deal,” Castor told The Hill last month. “This will be a committee clearly in the spirit of the Green New Deal.”

It’s important to bear in mind what the House is up against. Its investigative work must hold to account fossil fuel interests that have thwarted climate action. Since the select committee lacks subpoena power, the standing committees should be prepared to use their authority if necessary.

And, of course, the GOP-controlled Senate and White House continue to deny the climate realities before our very eyes and promote the fossil fuels that are driving the crisis. That’s why it’s so important that we raise our voices and step up our engagement to help support the work of the new House majority, make sure the country understands how important it is, and keep the focus on the action we need.

At the same time, there’s much progress we can make even in this divided Congress. Leaders in both houses have called out national infrastructure investment as a bipartisan priority. A forward-looking infrastructure package should help us to modernize the nation’s electrical grid so we can make better use of solar and wind power, adopt building and design approaches that make our communities more resilient in the face of climate-related hazard and ongoing harm, and prioritize electric charging stations to better service the growing number of electric car owners.

There’s also broad support for increasing investment in research and development to help ensure that American workers are winners in the fast-growing clean energy market, expected to attract $8.4 trillion in global investment over just the next three decades.

“We have no illusions that our work will be easy, and that all of us in this chamber will always agree,” Pelosi said. “But let us pledge that when we disagree, we respect each other—and we respect the truth.”

Count us on board with that pledge as well.

Rhea Suh is president of the Natural Resources Defense Council and the NRDC Action Fund.