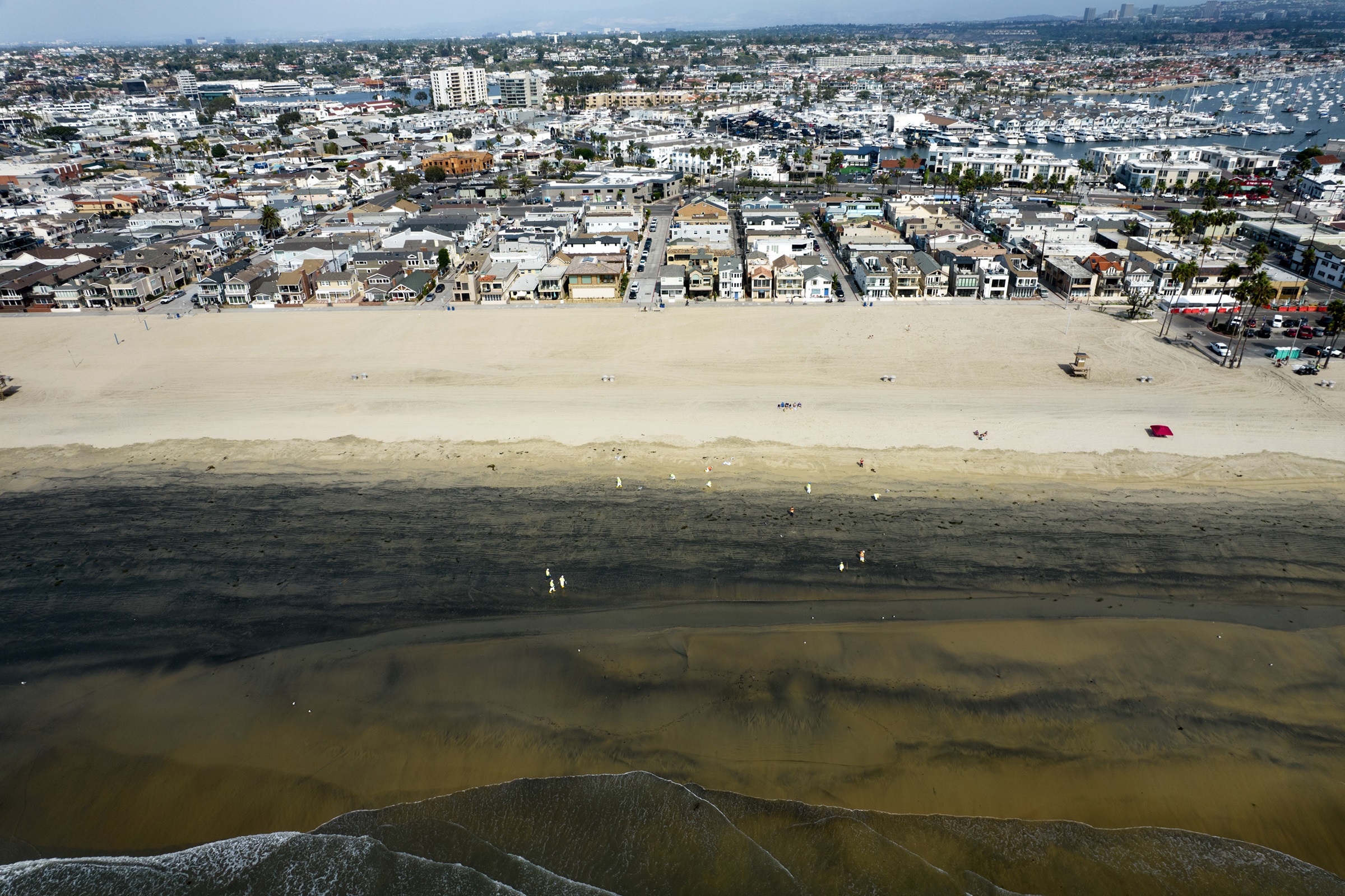 We have to transition away from fossil fuels. That’s why it’s essential that Congress pass budget reconciliation with offshore drilling provisions—and enact President Biden’s Build Back Better agenda.

Oil spills happen everywhere we drill. California Governor Gavin Newsom has declared a state of emergency over the Huntington Beach spill, which has flooded the ocean with more than 140,000 gallons of crude oil. And Hurricane Ida recently ripped through the Gulf, yielding a record-breaking number of oil spills.

Yet the Biden administration still plans to auction off huge areas in the Gulf of Mexico to new oil and gas leasing next month.

It doesn’t have to be this way.

Congress can break this destructive pattern of offshore leasing followed by disastrous oil spills, followed by more leasing. Senator Dianne Feinstein in the Senate and Representative Jared Huffman in the House, along with all of the West Coast senators, and more than 40 representatives have cosponsored the West Coast Ocean Protection Act (S.58/H.R.653) that would permanently ban offshore drilling in federal waters off California, Oregon, and Washington. Lawmakers have introduced similar moratorium bills for the Atlantic and Arctic oceans, and the Eastern Gulf of Mexico. In fact, in every Congress since the 2010 Deepwater Horizon catastrophe, there have been these kinds of offshore drilling ban bills introduced. And it’s past time to pass these bills into law.

We have a chance to move these offshore drilling bans forward via budget reconciliation and to invest in the long-term protection of coastal communities. West Coast senators released a letter yesterday asking for a ban on offshore drilling for the West Coast in light of the Huntington oil spill.

Leadership from Congress is essential in the push to end new offshore drilling.

Big Oil's offshore drilling puts the health of our communities, our local economies, and our planet at risk. Cleaning up this spill is not enough; we need to stop these disasters from happening in the first place. #NoMoreOffshoreDrillinghttps://t.co/Cm8PVWpIwW

We must end offshore oil drilling.

Given the urgency of the Orange County oil spill, @SenFeinstein and I are calling for the inclusion of the West Coast Ocean Protection Act—which bans oil drilling off the coast of CA—in the reconciliation bill.

Our future depends on it.

Thank you to everyone who joined me today. The impact of this oil spill on our communities is devastating, and I will do everything I can to hold those responsible accountable. Californians have made it clear, enough is enough—NO new offshore oil & gas drilling along our coast. pic.twitter.com/H1n5PxLMrU

This oil spill off the coast of Orange County is further evidence that we MUST end the practice of offshore drilling. The environmental and ecological damage from this one spill is immense. Congress needs to vote on our bill to ban new offshore drilling off the West Coast ASAP. https://t.co/0sCAo07Ryj

The oil spill off the coast of Orange County, CA, is as tragic as it was preventable. This environmental catastrophe highlights the simple fact that where you drill, you spill.

The House already included oil and gas moratoria for the Atlantic and Pacific oceans, and the eastern Gulf of Mexico in its markup, along with a suite of much-needed oil and gas reforms. This California spill has reinforced how desperately we need to end offshore drilling and reform the broken federal leasing program.

Next week, the House Natural Resources Committee will hold a markup and a hearing focusing on offshore abandoned infrastructure. It is crystal clear from both an April Government Accountability Office (GAO) report and this Huntington Beach spill that offshore oil and gas infrastructure poses a serious risk for coastal communities and wildlife. We’ve seen time and time again how the fossil fuel industry has ignored safety, public health, and the environment at the expense of our climate and communities. Congress and the public are paying attention, and this hearing will spotlight what the oil and gas industry has been leaving in our oceans. 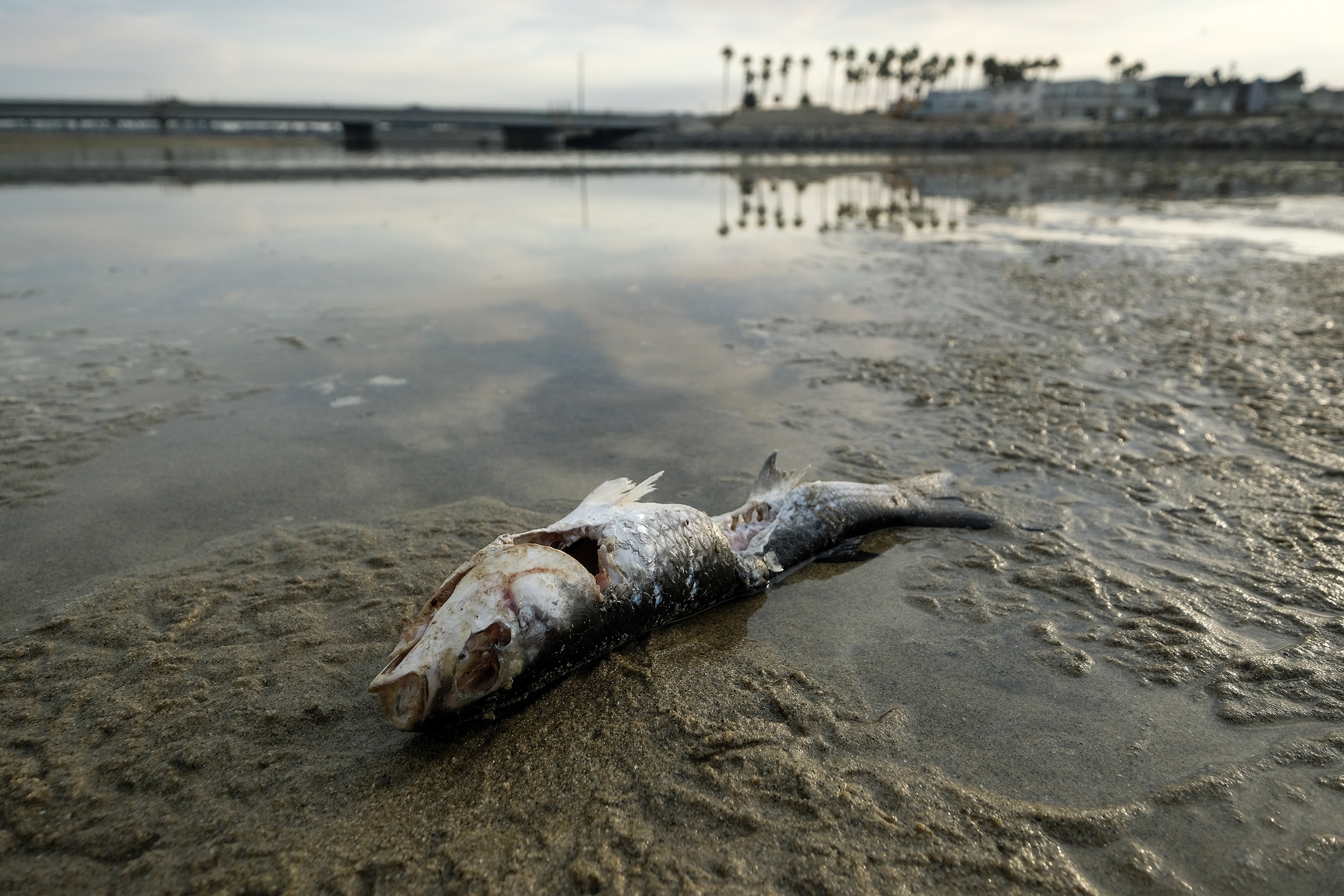 We can expect to see more congressional hearings about the Huntington Beach spill and the long-overdue oil and gas reforms needed to hold the fossil fuel industry accountable and prevent this from happening again.

The BP Deepwater Horizon disaster was a major wake-up call for President Obama, who had embraced an “all of the above” energy policy up to that point, even contemplating offshore drilling off the Atlantic coast. Let’s hope Huntington Beach is the equivalent epiphany for the Biden administration to reverse its upcoming plan for a massive lease sale in the Gulf of Mexico.

Continuing to offer more offshore lease sales is not the path to meeting our climate goals. Oil spills like this one will harm ecosystems and communities for years to come. We have to transition away from dirty fossil fuels. This is why it’s essential that Congress pass budget reconciliation with offshore drilling provisions that would enact President Biden’s Build Back Better agenda, which will create millions of jobs by finally addressing the climate crisis and spurring an equitable transition to a clean energy future.