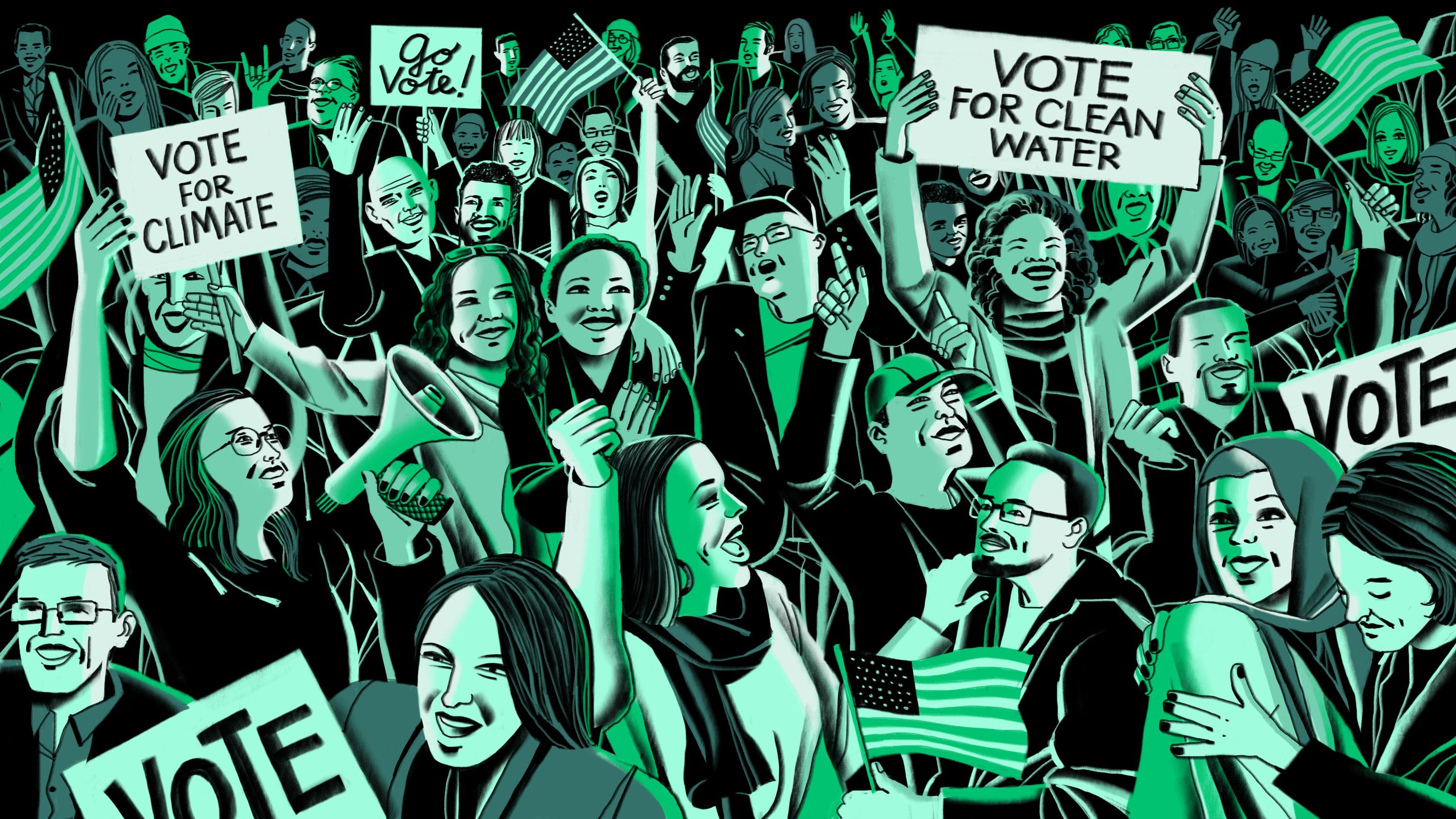 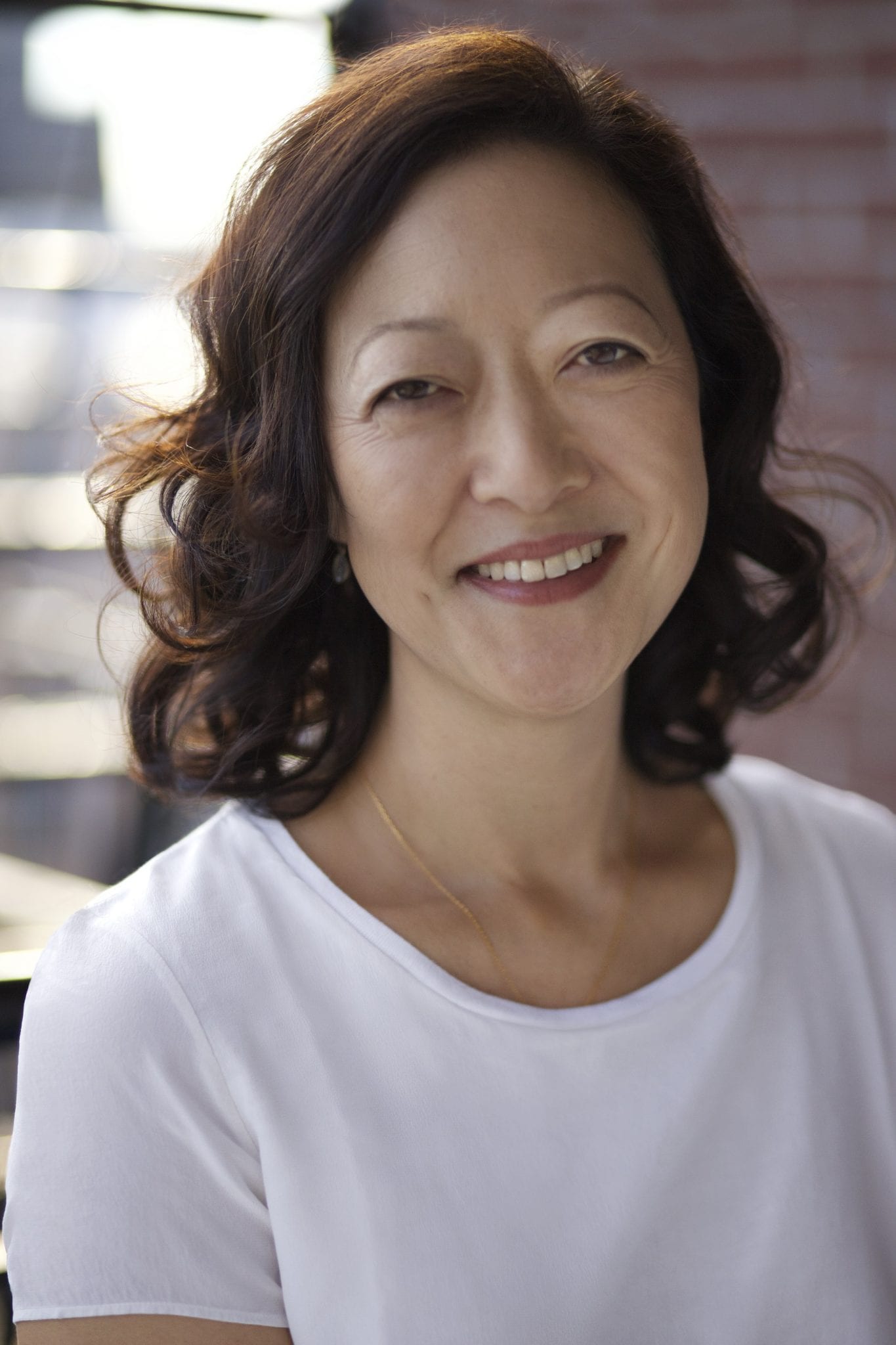 For nearly two years, we’ve seen President Trump wage the worst White House assault in history on our environment and health. Rolling back commonsense safeguards, slashing enforcement budgets, ignoring sound science and walking away from the progress we’ve made shifting to cleaner energy sources and away from the dirty fossil fuels that are driving global climate change.

It’s been one long heyday for industrial polluters, and one long nightmare for the rest of us.

Come Election Day this Tuesday, it’s our turn, all of America, to stand up and say what matters to us.

Time to repudiate – decisively – these reckless attacks and the incessant mendacity  behind them. Time to stand up for the manifest national interest we share in clean air and water, healthy wildlife and habitat and the sanctity of public ocean waters and lands. Time to stand up for a livable world for our children.

Trump’s party won’t hold him to account. Nor will Republicans push back against his unbridled rampage against foundational protections we spent decades to put in place.

That’s why sitting this one out is not an option. Not with so much at stake for our families, communities and nation. Not with all we’ve been hit with these past two years. Not with all we stand to gain by putting responsible leadership in place in the U.S. House, the U.S. Senate our statehouses and governors’ mansions. Not with so many candidates of vision and courage ready to stand up for the interests and values we share.

We won’t stand by and watch Trump roll back the Clean Water Rule to clear the way for more pollution of the wetlands and streams that feed drinking water sources for one in every three Americans. We’ll vote to protect clean water.

We won’t sit on our hands and watch Trump strip out needed standards to keep mercury and other toxic chemicals out of the air we breathe. We’ll vote to protect our health.

And we won’t be silent as Trump turns from the central environmental challenge of our time, walks away from the fight against climate change and breaks our promise to the rest of the world. We’ll vote to cut dangerous carbon pollution today, so our kids don’t inherit climate catastrophe tomorrow.

We’ve heard enough nonsense from Trump to last a lifetime.

He wants to impose the hazards and harm of offshore drilling on the waters, marine life and coastal communities of the Atlantic, Pacific and Arctic oceans, and the eastern Gulf of Mexico.

Trump claims its about national security, but we know better. We know the industry itself is exporting 7.1 million barrels a day of crude oil and petroleum products, four times what we were sending abroad just a decade ago and enough to supply 35 percent of our domestic demand, if it were sold in this country instead of abroad.

Trump is weakening the protections we put in place to reflect lessons learned from the 2010 Deepwater Horizon disaster.

He says the industry is safe enough. But we know better. We know that, in the seven years after the BP blowout, there were at least 4,105 explosions, blowouts, fires, collisions, spills and other incidents in the Gulf of Mexico alone.

Trump says we need to put more American waters at risk of that kind of danger, but we know better. We know oil and gas companies hold active leases on enough Gulf of Mexico ocean floor to cover two-thirds of the state of South Carolina.

And we know we need to be reducing, not expanding, the waters and communities at risk of the next BP-style disaster, while we reduce our reliance on oil and gas in favor of cleaner, smarter alternatives.

Trump claims his attacks on our environment and health are about cutting costs and saving jobs, but we know better.

We know our economy has nearly quadrupled in size, growing an inflation-adjusted 370 percent since President Richard Nixon formed the Environmental Protection Agency in 1970, while we’ve added more than 77 million new jobs.

And we know, from hard analysis by the White House itself, that EPA protections deliver between $3 and $13 in public benefits (table 1-1) for every $1 invested to comply with EPA safeguards and standards.

Trump says we need to hand over nearly two million acres of public lands to take them out of the hands of Washington “bureaucrats.” But we know better. We know it’s really about turning over these lands, special places that belong to you and me, to the coal, oil, uranium and gas industries, and these maps prove it.

Trump says we can’t afford to protect our children from the growing dangers of climate change. And we know better than that, too.

We know we’ve got a little more than a decade to cut worldwide fossil fuel use 45 percent, or we’ll condemn our children to a world of hurt. We know investors will devote a staggering $8.4 trillion into doing that, and more, over just the next three decades. And we know more than 3.2 million Americans get up every day working to help us become more efficient, so we do more with less waste; helping us to build, right here in this country, some of the best all-electric and hybrid cars anywhere in the world; and helping us to get more clean, homegrown American power from the wind and sun.

We’ve heard enough from Trump about how to put polluter profits first and put the rest of us at risk. Come Tuesday, it’s our time to speak.

Our time to say 64 percent of us expect the government to do more, not less, to fight climate change. Our time to say nearly eight in ten support statewide policies that promote American success in the economic play of our lifetime, the epic shift away from the dirty fossil fuels of the past and toward the cleaner, smarter energy options of the future.

The Trump assault is dependent on one thing. It depends on the rest of us being asleep at the wheel, not bothering to show up on Election Day, not bothering to use the most powerful engine of influence ever devised: our voice as American voters.

We’re not going to let him get away with it.

We still hold, each of us, in the palm of our hand, more political power than any other people, in any other place at any other time in the history of the world. Come Tuesday, let’s stand up and bring it.

Rhea Suh is the president of the NRDC Action Fund