EPA Describes Pebble Mine as a Potential Disaster, Yet Fails to Stop It Anyway 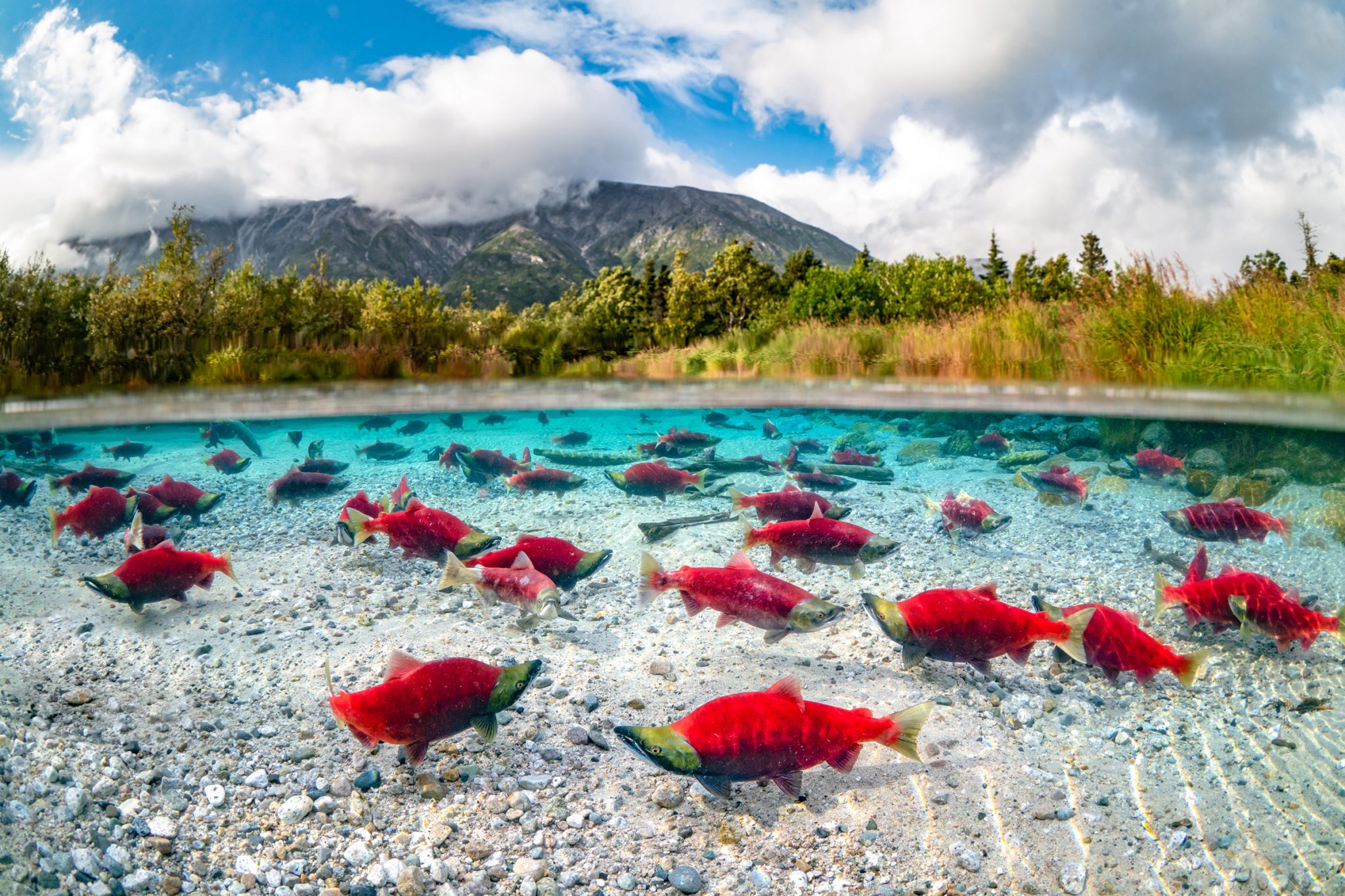 The agency bizarrely admits the mine puts Alaska’s Bristol Bay in grave danger but declines to save it.

The U.S. Environmental Protection Agency (EPA) this week decided not to derail a proposed gold and copper mine in Alaska, despite serious concerns that it would damage wetlands, destroy streams, and threaten the world’s most productive sockeye salmon fishery.

The Pebble Mine project has been controversial since 2001, when a small Canadian company called Northern Dynasty started exploratory drilling in the Bristol Bay watershed. The mine is a potential environmental catastrophe. Because the quality of the minerals is low, miners would have to dig up huge quantities of earth to extract even small amounts of valuable gold and copper. The mine would then store the leftovers behind massive earthen dams—up to 545 feet tall—forever. But nothing lasts forever, not even massive earthen dams. And when the dams fail, they will release billions of tons of mining waste into one of the most important watersheds in America.

Bristol Bay’s wild salmon fishery produces between 30 million and 60 million fish every year, representing 50 percent of the world’s sockeye salmon catch. The area’s fishing industry supports 14,000 jobs and generates $1.5 billion annually. Four out of five residents in the Bristol Bay area oppose the mine, as does almost every person who has led the EPA since its founding in 1970. Recognizing the environmental havoc the mine would wreak, a slew of major companies has abandoned the project, leaving tiny Northern Dynasty alone to manage an enormous project far beyond its capabilities.

In its Thursday letter to the Army Corps of Engineers, the Trump EPA admitted the Pebble Mine project would be an environmental disaster waiting to happen. The mine “may well contribute to the permanent loss of 2,292 acres of wetlands…including 105.4 miles of streams,” the agency wrote. Nevertheless, the EPA decided not to halt the project.

Put simply, this is an open admission of what we already know: The EPA under Donald Trump is not interested in environmental protection. The agency is barely a speed bump for the nation’s largest polluters. Like all of the EPA’s decisions, however, a court will have its say. The fight to protect Bristol Bay is far from over.