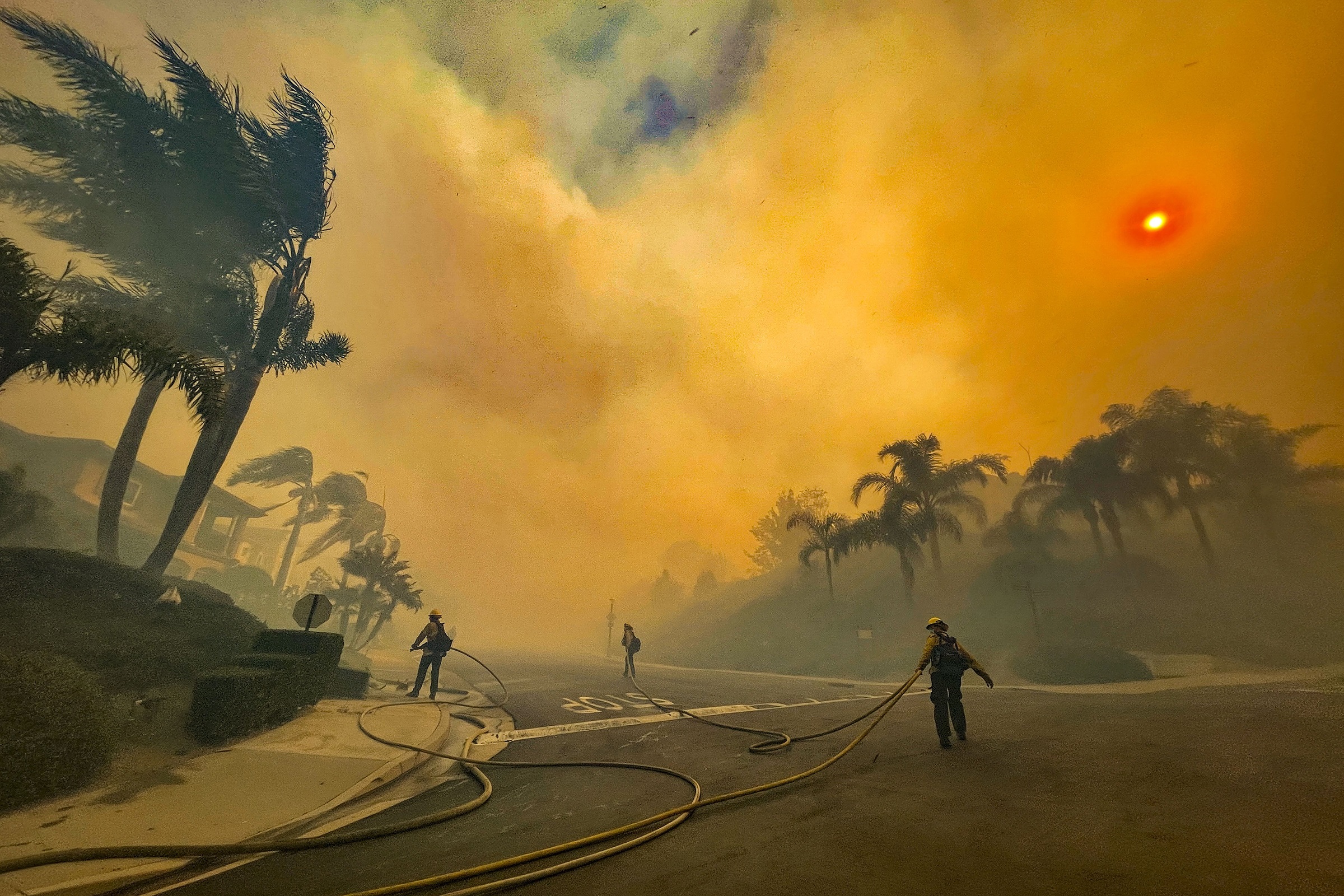 UPDATE, NOVEMBER 9, 2022: California failed to pass Proposition 30. This is a big missed opportunity to invest $100 billion to fight and prevent catastrophic wildfires, expand electric vehicle charging infrastructure, and help individuals, businesses, and communities access electric vehicles. The fight is not over, and we must now shift focus to Governor Gavin Newsom and legislative leaders to identify new ways to ensure investment in critical programs like these. We hope you will continue to support this work.

What you need to know about Prop. 30 and the fight to lower emissions, tackle air pollution, and combat wildfires.

We need to address the climate crisis and slash local air pollution now. Not tomorrow—today. If we continue on our current path, nearly 90 percent of all marine life could go extinct. And while the oceans go silent, wildfires will continue to ravage the land, a reality with which California is already too familiar.

Thankfully, we have the solutions in hand to prevent such unimaginable but real consequences. Proposition 30 is a critical tool in this fight. It would invest a whopping $100 billion over 20 years to tackle the largest source of climate and air pollution (the transportation sector) and the most glaring impact of climate change in California (wildfires). This funding would be invested as follows:

These funds would be raised by increasing the state tax on personal incomes in excess of $2 million. This would affect less than 0.2 percent of Californians—but the impact goes a long way.

NRDC is proud to support this measure alongside a long list of other environmental, public health, environmental justice, equity, industry, and labor organizations. And NRDC’s own analysis indicates this is the scale of investment needed to meet the state’s climate, air quality, and equity goals. Multiple independent studies conclude there is simply no feasible path to meet those goals without electrifying our cars, trucks, and buses. But that transition will pay off.

California has a long history of leading the charge, in the United States and globally, in the fight for strong environmental and health protections. The recent adoption of standards by the California Air Resources Board that require all new vehicles sold by 2035 to be zero-emission is no different. This move will help drastically cut planet warming greenhouse gas emissions and local air pollution and shows the need for concerted investment in incentives and infrastructure to meet those goals.

While the federal Inflation Reduction Act will speed the deployment of electric vehicles (EVs) and charging infrastructure, it is not sufficient on its own. The new climate law will invest $3.5 billion over 10 years nationally on charging infrastructure, compared to Prop. 30’s approximate $35 billion over 20 years just in California. Similarly, the Inflation Reduction Act spends $13.7 billion over 10 years nationally on EV incentives, compared to approximately $45 billion over 20 years just in California.

Prop. 30 puts health and communities at the center of the climate fight

We need to pull forward such future benefits to those communities that have been disproportionately burdened by air pollution for too long. Prop. 30 reserves half of its funding for zero-emission vehicle and charging infrastructure for low-income and disadvantaged communities, investing in programs that help retire old polluting vehicles and replace them with new or used zero-emission vehicles; provide financing assistance for those without access to capital; help agricultural workers and others to utilize zero-emission vanpools; increase access to charging infrastructure at multifamily housing; and others.

Truth and myths of Prop. 30

Californians know we need to act at the state level; likely voters support Prop. 30 by nearly a two-to-one ratio. But it is important to understand the work ahead as it’s not easy to pass ballot measures. Accordingly, let’s dispel some of the myths regarding this measure. Opponents will unfairly attempt to characterize Prop. 30 as a self-serving effort on the part of industry players like Lyft, which is a major funder of the “Yes on 30” campaign.

The measure will make the air safer to breathe for everyone and will help drivers, especially low-income drivers, access EVs. A small portion of those individuals may drive on Transportation Network Company (TNC) platforms such as Lyft’s, which will indirectly help those TNCs comply with state regulations requiring TNCs to increase the share of zero-emission miles driven on their platforms. But rebates issued to those people who happen to drive for TNCs will account for a tiny fraction of the investments that Prop. 30 would make. Vehicles that at some point during the course of a year operate on a TNC platform comprise only about 2.5 percent of the total vehicles registered in California (and only a small fraction of that 2.5 percent is regularly active on TNC platforms). And when a rebate is issued to someone who drives on a TNC platform, it’s that driver, not the TNC, who receives the primary benefit in the form of a zero-emission vehicle and reliable fuel-cost savings. There is no funding carve-out or direct subsidy for Lyft or any other industry player in Prop. 30.

There is a long-standing myth that widespread EV adoption will strain the electric grid, cause blackouts, and make utility customers foot the bill in the form of higher rates. But EVs are big batteries on four wheels that can soak up solar and wind generation when it’s abundant and even put it back onto the grid when demand for electricity peaks, supporting the grid and preventing blackouts. For example, the Ford F-150 Lightning pickup can power a home for 3 to 10 days.

And EVs generally charge overnight when people are sleeping and the grid is underutilized. EV customers on time-of-use utility rates that reflect grid conditions only do 9 to 14 percent of their charging during on-peak hours when total demand for electricity is at its greatest. The rest of the time, they’re taking advantage of spare capacity, providing revenue (money that would otherwise go to international oil companies) that exceeds costs—benefiting all utility customers. 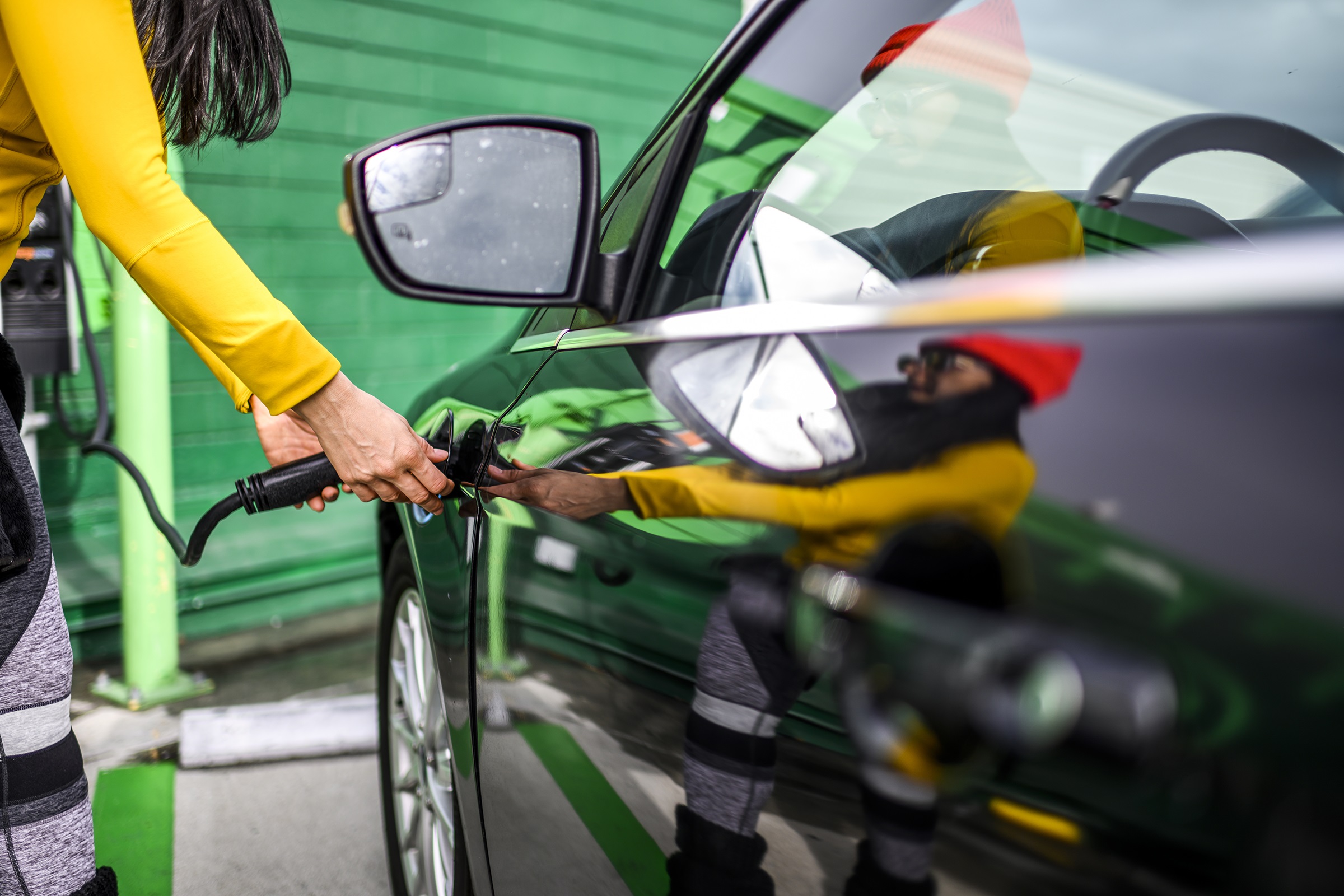 An EV being charged in Los Angeles (iStock)

California’s largest utilities are required to track and annually submit a summary of costs associated with accommodating EV charging and with utility programs designed to accelerate EV adoption. And looking at the other side of the ledger, the revenue that utilities collect from EV drivers paying their utility bills is easily estimated. Let’s do that simple math comparing both sides of the ledger using costs and revenues from the two utility service territories with the most EVs of any in the nation: Pacific Gas & Electric and Southern California Edison. Between 2012 and 2019, EV drivers contributed $806 million more in revenues than associated costs, which drove down rates and bills for all customers because that net revenue was automatically returned to all customers in the form of rates that are lower than they otherwise would have been (as required by California’s revenue decoupling mechanism). That net revenue has already increased substantially since that retrospective analysis was done and other forward-looking studies conclude such benefits will continue to increase as EV adoption increases.

And we know our grid could accommodate universal EV adoption. NRDC partnered with researchers from Lawrence Berkeley National Laboratory to model what would happen if every household in the San Francisco Bay Area had an EV. That analysis showed that, while letting EVs charge willy-nilly could result in unnecessary grid upgrades, if only 30 percent of EVs take service on time-of-use utility rates, that investment could be reduced by a factor of four. Happily, nearly that many customers with EVs are already on such time-of-use rates. The analysis also demonstrated that more universal adoption of such simple smart-charging strategies could completely obviate the need for grid upgrades. That means it could be all gravy if we continue to implement simple policies, with grid benefits far outweighing grid costs.

How you can get involved

We need Prop. 30 to help realize the multitude of benefits described above. California recently adopted ambitious annual standards requiring that 100 percent of new vehicles sold by 2035 be zero-emission vehicles, but we need complementary policies, like the rebates and charging infrastructure Prop. 30 would provide, to achieve those goals. Prop. 30 presents the state with another opportunity to demonstrate to the world that we can and must act now to invest in our collective future.

The best way to make sure that California can seize this opportunity to invest in its climate future is to exercise your right to vote. Here are some resources to act on climate this November:

Paid for by the NRDC Action Fund, in coordination with Yes on 30: Clean Air California, A Coalition of State Firefighters, Working Families, Rideshare Companies, and Environmental Groups.