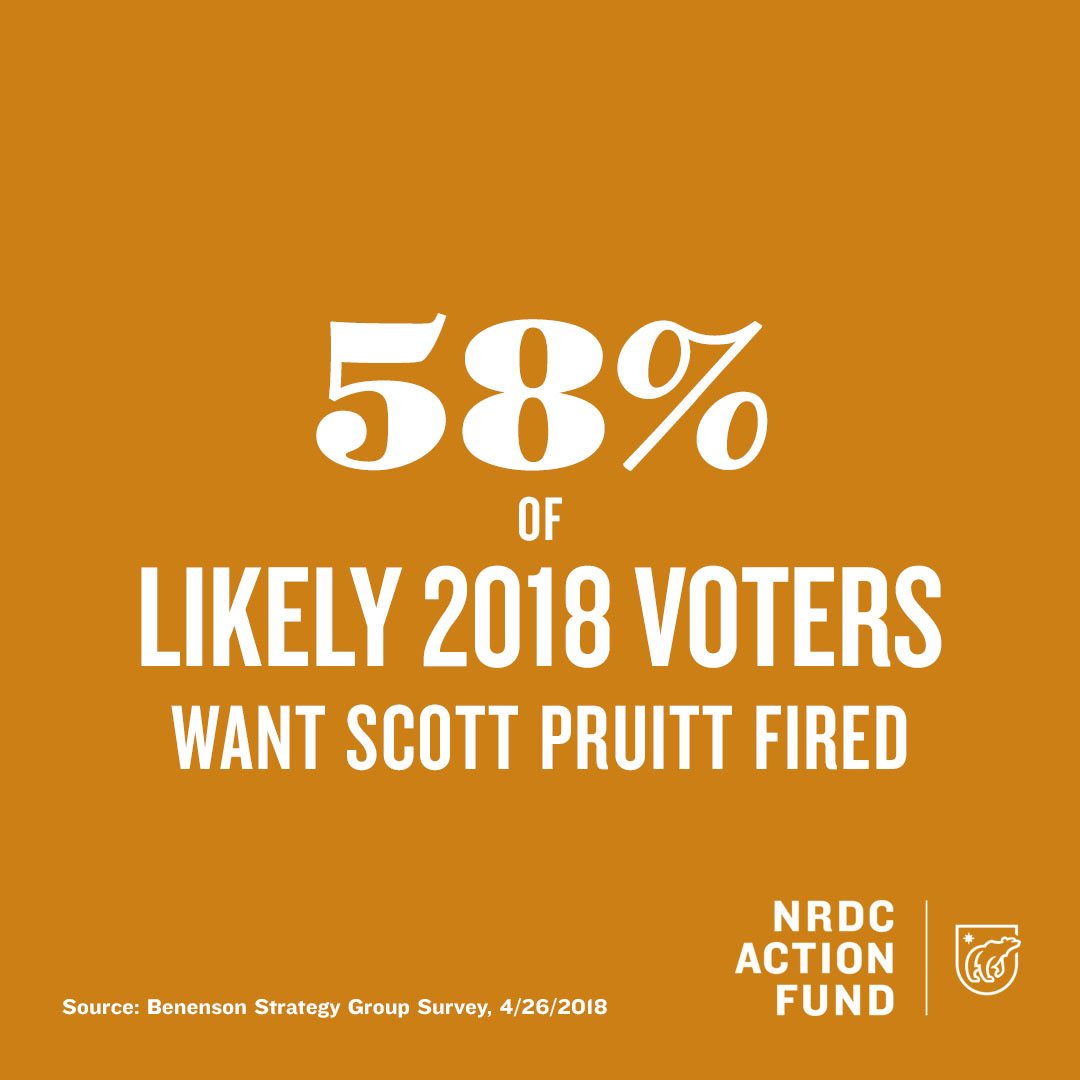 The bad news for Pruitt comes on the heels of numerous reports of ethical misdeeds and investigations into wasteful spending during his tenure at the EPA, including reports of Pruitt using taxpayer funds to pay for high-priced hotel rooms, first-class flights, and upgrades to his office.

Only 11 percent who were surveyed said they were “very confident” in Pruitt’s ability to ensure the EPA is protecting their health and the health of their families. Nearly 50 percent expressed a lack of confidence in his ability to carry out the agency’s mission.

The poll, which was conducted for the NRDC Action Fund by Benenson Strategy Group, surveyed 800 likely voters April 20-24 by phone and online.