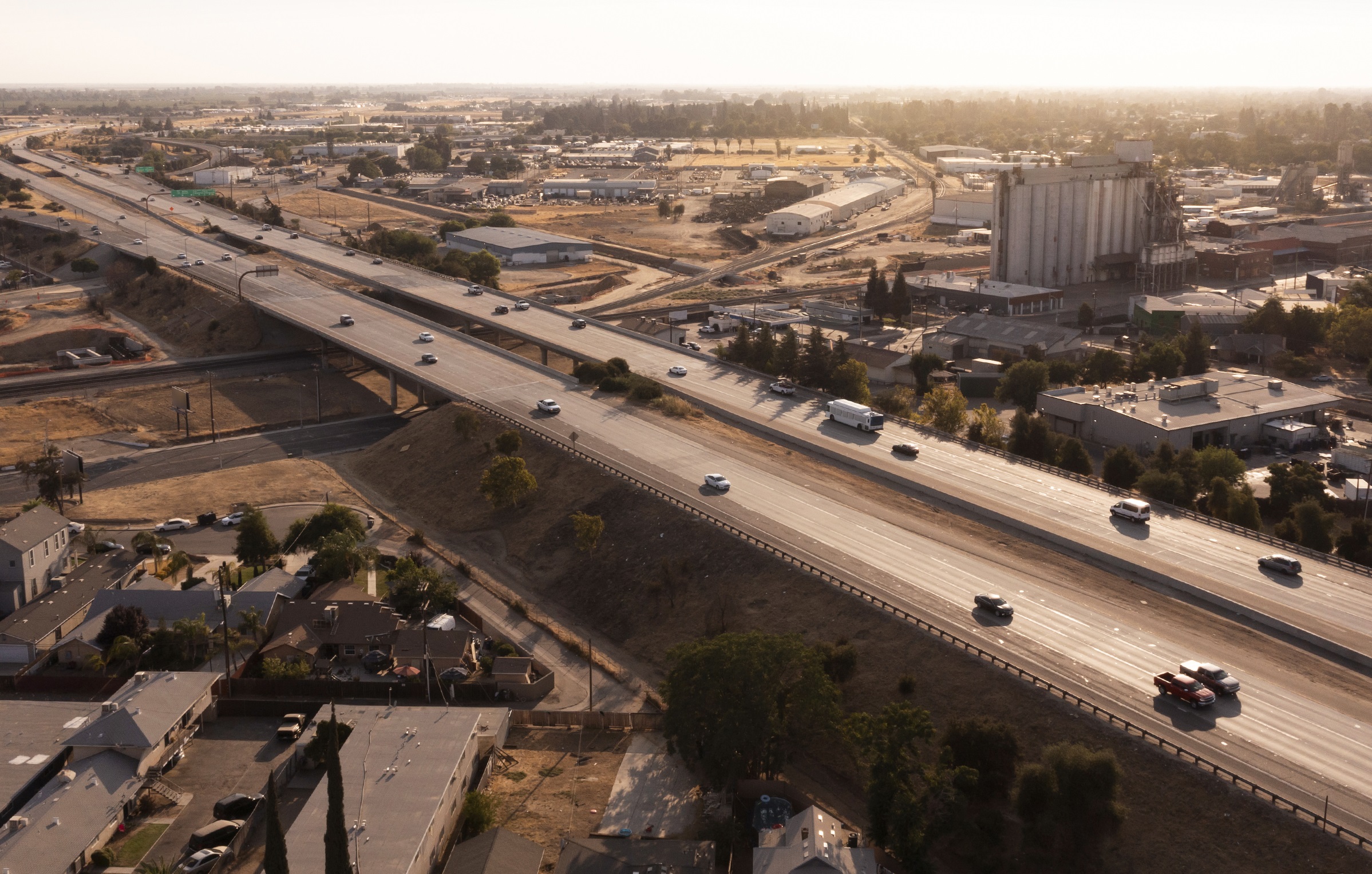 Fresno County, California, voters will soon consider Measure C on their November 2022 ballots; a measure that would extend an existing half-cent sales tax for an additional 30 years, generating an estimated $6.8 billion in tax revenue over that time frame. Fresno should vote No because we must align major public sector investments with goals to eliminate pollution from the transportation system, as well as with goals to make our transportation systems safer and more equitable—and Measure C fails to meet these standards.

Local ballot measures like Measure C play an outsize role in shaping statewide transportation systems. Even with recent increases in federal infrastructure investment, federal funding will remain a minority of national transportation infrastructure spending. Across California, $30 billion is spent annually on maintaining and expanding transportation, with more than $6 billion coming from local sales taxes like Measure C, according to the Strategic Growth Council. So while advocates must engage at the federal and state levels, local spending accountability remains the most critical lever to put us on a path to safe and pollution-free transportation systems. Further, access to state and federal funds often requires a local match—and with state and federal grant programs increasingly emphasizing walking, biking, and transit projects, highway-centric local sales tax programs will not help Fresno County compete for these funds.

Fresno County is located in central California’s San Joaquin Valley and home to approximately a million people, making it one of the 50 most populous counties in the United States. Fresno voters first passed Measure C’s predecessor in 1986, a sales tax used to build out the region’s vast freeway system. Having been renewed in 2006, this same freeway system today contributes to Fresno’s worsening air pollution. According to Fresno Human Services, poor air quality is responsible for nearly a third of the region’s health-related costs: $6 billion annually, or $1,124 for each individual.

Measure C is set to expire in five years, and the transportation agencies should use those five years to work with residents to propose a community-centered transportation investment approach that addresses the current proposals’ many shortcomings. In particular, transportation officials should work closely with residents who have been most impacted by the historic, short-sighted transportation investments that have divided communities and exacerbated the region’s air quality issues. The institutions and individuals who wrote Measure C have not delivered on critical, pre-existing goals for the use of current revenues, especially the fixing of Fresno’s broken streets and sidewalks and the improvement of public transportation. Written behind closed doors, Measure C would perpetuate an expensive, inequitable status quo while undermining California’s ability to reduce its biggest source of climate pollution: our transportation system.

In an economic environment that’s placing major financial pressures on households, new funding proposals need to meet a high standard to merit moving forward, and Measure C falls short. Today’s transportation system is high-polluting, inequitable, and unsafe, and we cannot afford to continue to subsidize business as usual. Instead, new projects should be community-centered, with a focus on eliminating pollution and giving Fresno residents healthier transportation options—from safe sidewalks to public transit to shared and personal electric vehicles. The Measure C sales tax is a blank check that pays for transportation infrastructure projects chosen through an opaque process, one that’s driven by special interests invested in the status quo. Fresno County residents deserve better. Vote No on Measure C.

Paid for by the NRDC Action Fund, in coordination with No on Measure C 2022.