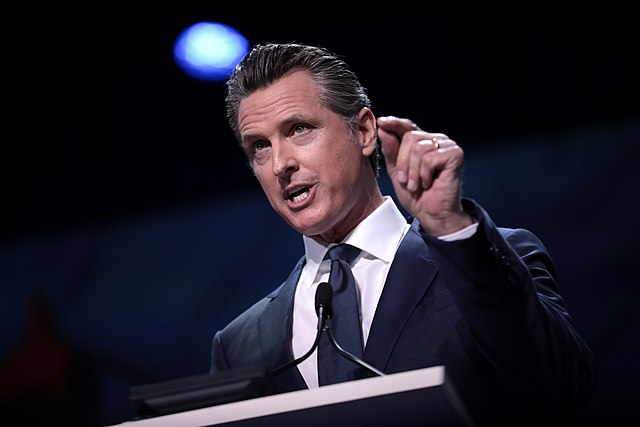 Progress and success are not always linear, and no administration is perfect, but Governor Gavin Newsom has found a way to continue California’s environmental leadership and advance equity while doing so.

The NRDC Action Fund unequivocally opposes the recall campaign against Newsom. Should it qualify for the ballot, we urge voters to reject this racist, partisan recall attempt and keep Newsom in office. The world’s fifth largest economy needs leadership continuity for the best chance to combat the pandemic, grow the economy, and confront the climate crisis.

Environmental Leadership in a Crisis

Despite the trials of last year, Newsom found ways to continue California’s environmental leadership. His executive order to protect 30 percent of California lands and waters by 2030 was the first in the nation and was the foundation for Biden’s recent order. Newsom set the gold standard for environmental progress on clean cars when he mandated that all new car sales by 2035 are zero emission. The California Air Resources Board under his administration passed a first in the world clean truck rule which now multiple states are following. NRDC Action Fund is calling for more action, including setbacks from oil and gas wells and rapid acceleration of electric vehicle deployment.  Yet our calls for Newsom to move further and faster do not mean that he should be recalled.

Newsom was elected in 2018 with almost 62% of the vote, a clear rebuke of the Trump administration and its policies. Now, national Republicans are trying to take California’s environmental progress backwards and circumvent the democratic process. The Trump administration rolled back more than 100 environmental rules key to protecting public health, our economy, and our critical natural resources. Now with President Biden in office, states can turn their attention from defense to progress. Unfortunately, the state of California allows a small percentage, just 12% of registered voters of the last gubernatorial election, to trigger a recall election. We simply cannot allow a small minority to hold California’s progress hostage.

A recall will also attract national interests and money into a media circus when the state’s main priority and attention should be on vaccinating residents and reopening society. With no spending limits for proponents or the Newsom campaign, an all-out advertising war will dwarf discussion of real priorities that California must tackle this year related to the ongoing pandemic, the drought on the horizon, and more.

Let’s be clear – this is a racist recall effort funded in part by the Republican National Committee and organized by extremists who disagree with California’s progressive, pro-immigration and inclusive values. Proponents of the recall would have you believe that the effort is in response to Newsom’s leadership during the pandemic. It’s not. The current recall petition was released in February 2020, before the pandemic took hold in the U.S. The race-baiting petition language drafted by proponents lays it out in fine print, stating that the governor should be removed because he endorses laws that “favor foreign nationals in our country, over that of our own citizens” and that Newsom “has imposed sanctuary state status and fails to enforce immigration laws.” Recall leaders have also referred to the governor as “Adolf Newsom” and compared state health restrictions to the Holocaust. The lead organizer has also claimed that immigrants should be microchipped like animals.

This is not California. Most Californians support its immigration policies, and March 2021 polling finds that a supermajority of voters view immigration as one of the state’s strengths , with 87% believing that immigrants should have a path to stay in the country legally. The Golden State celebrates diverse ideas, experiences, and backgrounds from around the world and it’s disturbing that so much hate has been given oxygen.

This deeply racist and xenophobic rhetoric has no place in American political discourse and should be condemned. The NRDC Action Fund strongly opposes the recall and urges voters to reject it as well.

Jon Colmenares is the California Campaign Manager for the NRDC Action Fund.