ELECTION UPDATE: Ohio’s Hamilton County Issue 7 is a Vote For Climate and a Vote For Transit 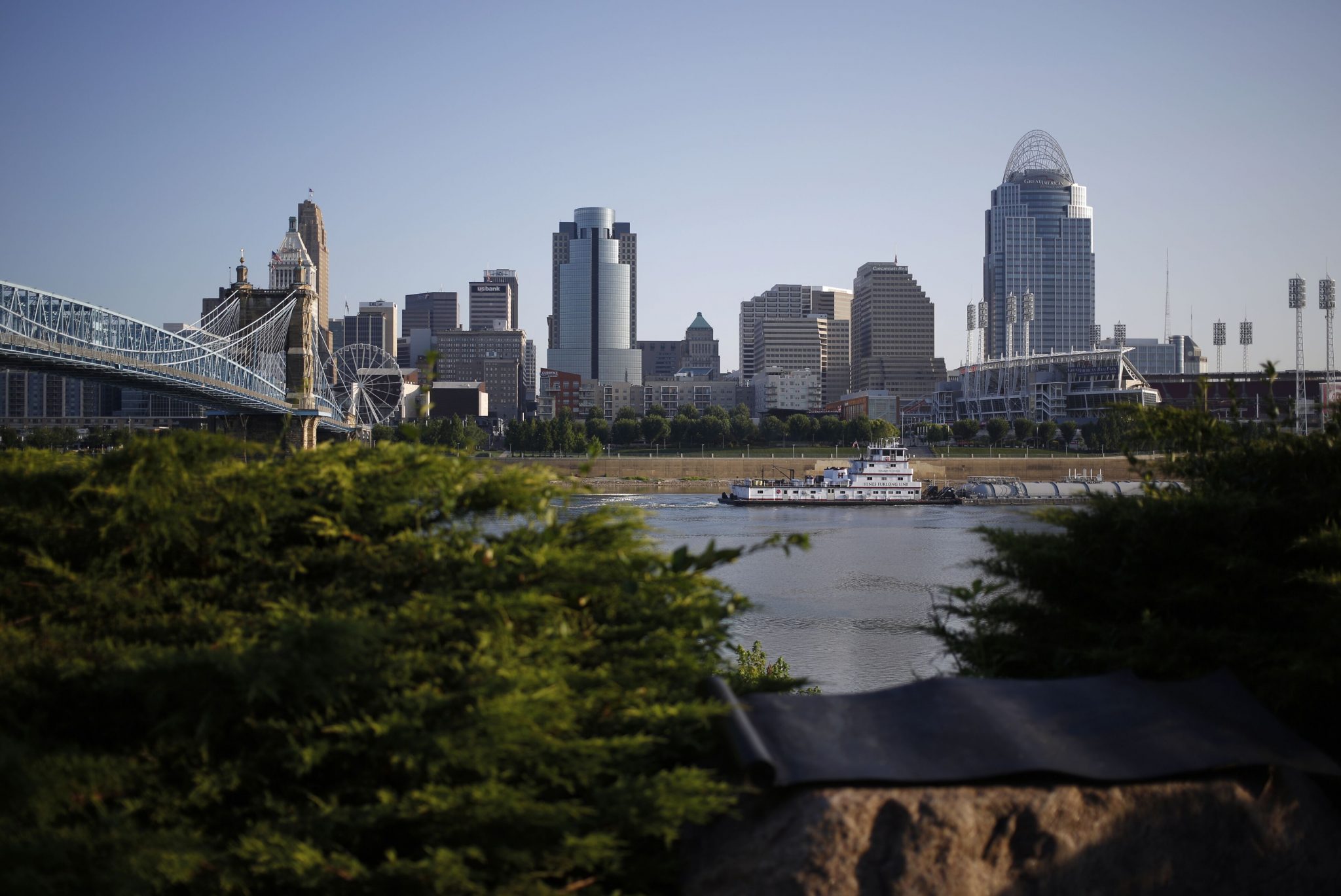 This spring Hamilton County residents will be making their voices heard at the ballot box and with Issue 7 have the opportunity to support transit, investment in roads and bridges, climate and economic recovery. While in-person voting on March 17 was suspended due to the coronavirus, voters still have an opportunity to vote by mail through April 28.

To do so, voters must request a ballot at VoteHamiltonCountyOhio.gov. Applications for mail-in ballots must be received by the Board of Elections by noon on April 25th at the latest. You can mail in your ballot application or drop it off at the secure 24-hour drive-up dropbox located at the Board Office. Once you receive your ballot, you can return it by mail, postmarked no later than April 27th and received by the Board by May 8th. Alternatively you can drop off your ballot in person at the Board of Elections by 7:30pm on April 28, 2020.

Now, more about Issue 7 itself! This election is more than an opportunity to vote in the primaries – voters can voice their support on climate issues by voting ‘yes’ on Issue 7. Passage of Issue 7 will address climate change through much needed transit funding for the Southern Ohio Regional Transit System (SORTA), which will provide expanded Metro service including new and more efficient bus lines connecting more Hamilton County residents to jobs and services.

Transportation is now the largest source of carbon pollution from the U.S. economy, with the majority of those emissions coming from passenger vehicles. Bus riders reduce their emissions by about a third compared to a car trip driven alone. Transit trips are one of the best ways for individuals to personally address climate change, however ridership levels and support for public transit remain low when there isn’t enough money to provide reliable, frequent service for the whole community. That is why the city of Cincinnati chose to support this action through the American Cities Climate Challenge, an initiative to help 25 cities meet their Paris Climate commitments through improvements to their buildings and transportation systems.

Issue 7, which changes SORTA funding from a Cincinnati-resident-only income tax to a county-wide sales tax, will increase support for both transit service and critical infrastructure upgrades. The current income tax provides only $50 million of revenue for SORTA’s annual $100 million budget; the new county-wide .08 cent sales tax will bring in $130 million in revenues, with $100 million going to transit and $30 million going to infrastructure improvements like upgrading the Western Hill viaduct.

SORTA today doesn’t have the resources to deliver for the people of Cincinnati. Bus service should connect people to jobs and services, but only 22.5% of jobs in the Cincinnati region are accessible by a 90-minute SORTA bus commute. The hub-and-spoke system, where most routes bring riders into and out of downtown, results in long trips that require downtown transfers. If Issue 7 passes, SORTA will be able to fully fund its Reinventing Metro plan, which will allow Metro to reach more residents, connect more riders to more jobs, add new lines, and increase service frequency.

One of the most exciting components of the Reinventing Metro plan is the inclusion of Bus Rapid Transit (BRT) service, which can deliver the same quality of service as a train at a fraction of the cost. These systems don’t require rail lines or tunnels, but can be as fast and reliable as trains because of features like all-door boarding, payment before you enter the bus, traffic signal priority to reduce buses’ time stopped at red lights, and designated shelters and stations.

So, when you are filling out your absentee ballot – remember you have the opportunity to support the fight against climate change by voting yes on Issue 7. It is the first step towards a more sustainable transportation system for the Cincinnati region.

Photo: San José, CA The NRDC Action Fund is driving climate action in cities across the country through The…

NRDC Action Fund and IBEW Team Up to Urge Support for Issue 1 in Columbus, Ohio