Orphan Wells: The Bill Comes Due for 150 Years of Drilling 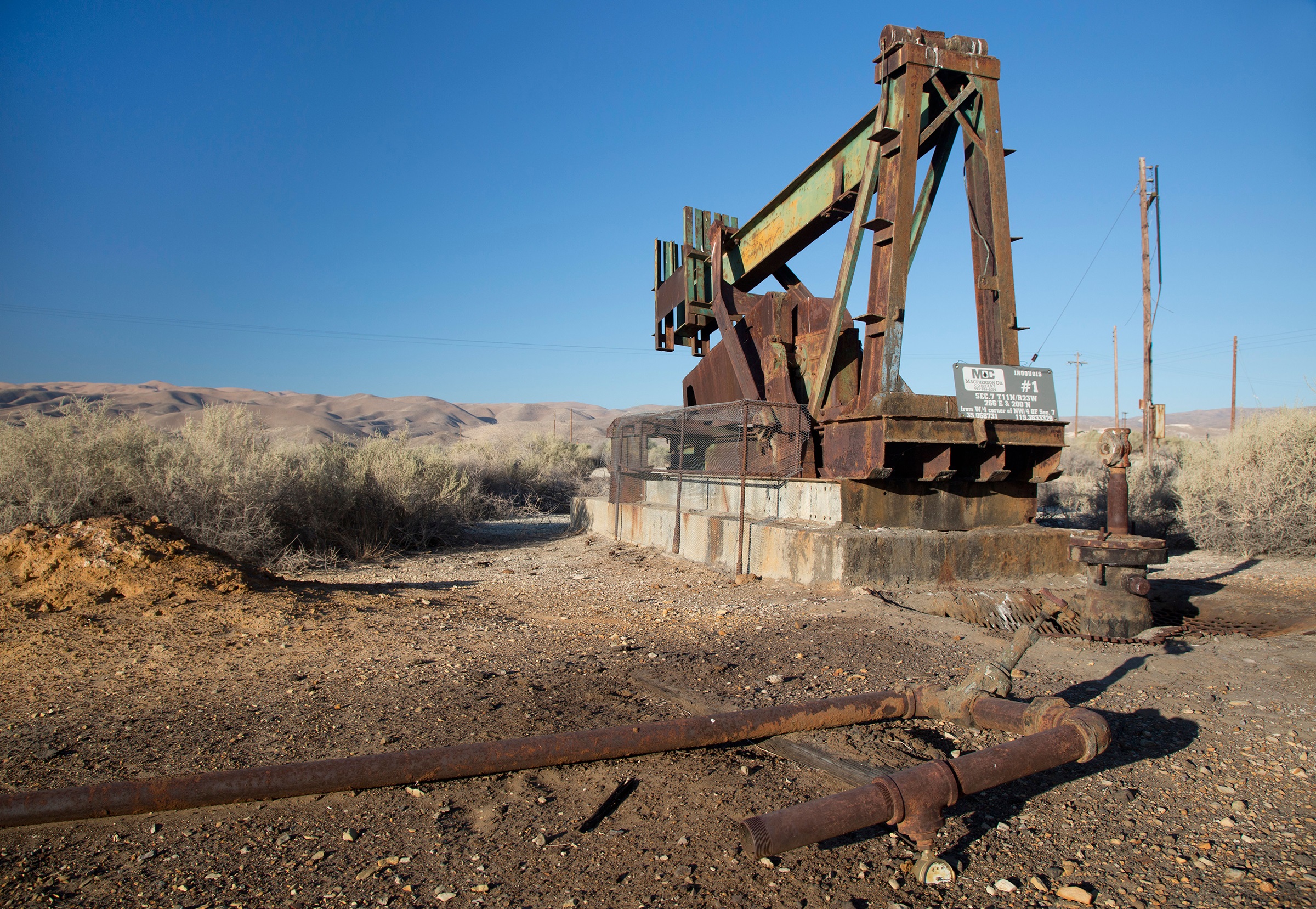 We need a down payment from President Biden’s Build Back Better agenda, but industry should be on the hook.

A century and a half after arriving here, the California oil industry is on its way out the door, albeit not as fast as any of us would prefer. Like a nightmare party guest, the California oil industry is ignoring the state’s increasingly loud hints that it’s time to go—including the governor’s all-electric cars goal, the fracking permit denials and proposed ban on fracking altogether, and public evaluations of the feasibility of a production phaseout. All the doomsaying and astroturfing in the world, though, cannot change the fact that California’s oil fields are producing less oil that’s harder and harder to get at; and that the state is aggressively moving away from fossil fuels.

But also like the worst sort of party guest, the oil industry is leaving behind one hell of a mess. Although oil producers are required to remediate their well sites when they are finished producing by properly plugging them, that’s frequently not what’s happening. In fact, the state’s oil producing regions are littered with idled oil wells that are not being remediated because the owners are no longer around to be held accountable, having gone bankrupt or dissolved without proper financial assurances.

These “orphan” wells are not merely unsightly, they are dangerous. They leak methane, a potent global warming driver; can contaminate communities with releases of hazardous gases and fluids; and pose an explosion hazard.

All of this leads to the inevitable fact that public money—a whole lot of it—is going to be needed to tackle this problem with the necessary urgency. The California Council on Science and Technology (CCST) concluded in a 2018 study that merely cleaning up the wells that we know already are going to be a problem—because they don’t have a viable operator responsible for them or are otherwise at high risk of becoming orphaned—will cost the state about $500 million. And plugging all of the state’s existing wells, which is inevitable in the foreseeable future as the industry winds down, will cost a cool $9 billion.

California is not alone in this problem. Every oil-producing state is currently facing a similarly eye-popping bill for well remediation. A 2020 report by Carbon Tracker estimated the cost of plugging the country’s 2.6 million onshore wells at $280 billion, and found that states have on average secured less than 1 percent of that amount in surety bonds.

There is no way around the fact that addressing this problem will require public money—a lot of it. Certainly, it is critical that taxpayers not ultimately be left to foot the bill for the oil industry’s mess. The last thing we need is another industry bailout. But it is equally critical that we get started right away on remediating these polluting and dangerous idle wells.

California and other oil producing states therefore need to step up as soon as possible and begin funding orphan well remediations, while at the same time commencing the process of recouping the funds from industry. State officials began to contemplate moving in that direction in this year’s budget discussions, where there was a proposal to devote $200 million to the effort. That would be a good start, and we hope it will be revisited before this year’s legislative session wraps up. Two proposed bills, SB 47 by Senator Limon and AB 896 by Assemblymember Bennett, would also facilitate idle well remediation.

But even with a high level of state financial commitment, the problem is too big for any state to tackle alone. Getting a handle on the costly orphan wells problem requires all hands on deck, including the federal government’s. Fortunately, the Biden administration’s Build Back Better agenda with provisions of the American Jobs Plan and legislation proposed by Senator Michael Bennet of Colorado prioritize addressing this problem. The Bennet bill would fund orphan well cleanup on federal, state, and tribal lands, and take steps toward improving regulation and bonding requirements to try to stem the tide of orphan wells moving forward.

To ensure it is not a bailout, any appropriation of orphan well cleanup funds must include clear provisions to ensure that the oil industry pays back the money—by having agencies track down someone who can be held legally accountable for cleaning up individual wells, or, where that’s not possible, by requiring that the industry collectively pay for orphan well cleanup costs through a universal assessment. There are any number of forms such an assessment could take, all of them more fair and equitable than letting industry walk away with its oil extraction profits while the public pays for the damage.

But one way or another, we cannot delay action on this colossal problem. It is not going away. We need to start devoting resources to it now, and recover them before our overstaying and destructive oil industry guest finally leaves for good.