Save the Senate’s “Green Firewall” 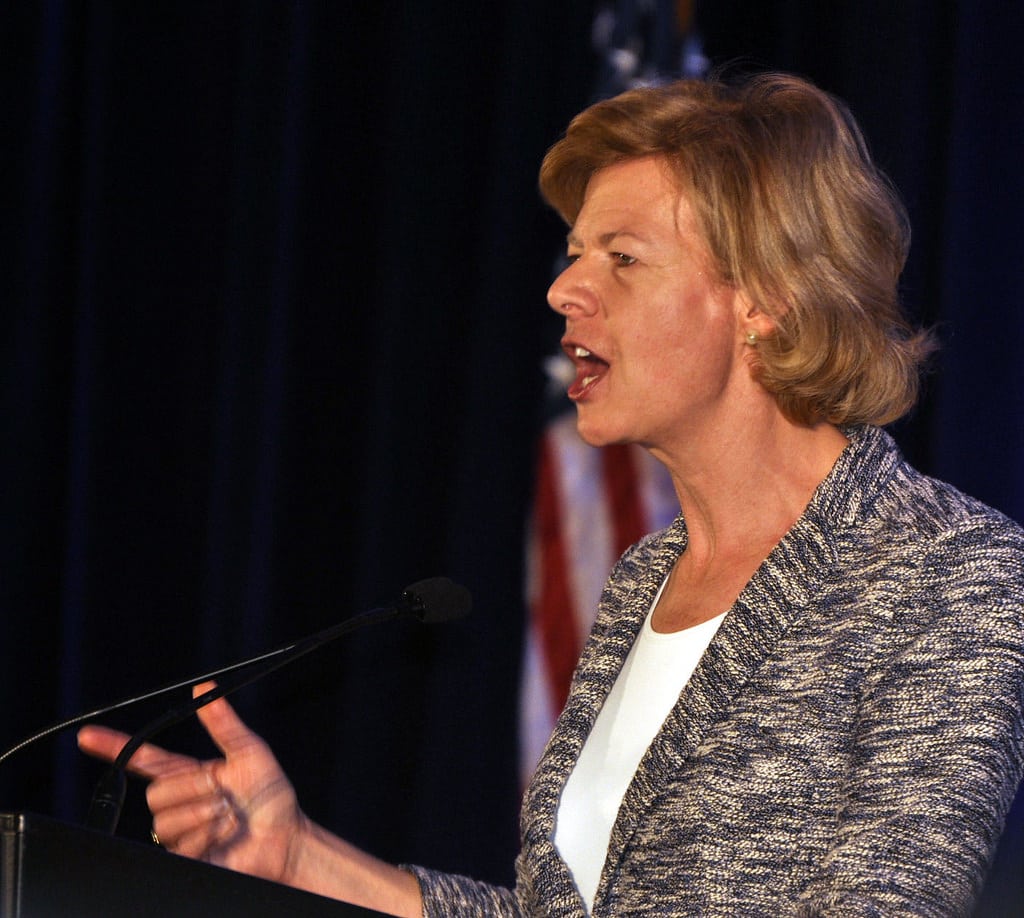 It’s no secret that the Trump administration wants to neuter the EPA’s ability to enforce our clean air and clean water laws, repeatedly submitting budgets that would dramatically cut the agency’s funding. But for the votes of a key bloc of pro-environment senators – the U.S. Senate’s “Green Firewall” – those proposals would have been signed into law.

Most legislation that reaches the Senate floor still requires 60 votes to move toward final passage, so a coalition of 41 or more senators can (and often does) stop radical legislation like the president’s absurd spending bills. Indeed, the Green Firewall recently prevented rollbacks of the Endangered Species Act from being included in this year’s must-pass defense spending bill. With the Green Firewall in place, anti-environmentalists in Congress have little hope of success passing their most brazen attacks; and with a big enough firewall, environmentalists in the Senate could more often block dangerous nominees like Brett Kavanaugh.

But the upcoming elections threaten to weaken the Green Firewall. Six of the senators who are often part of this pro-environment coalition are running for re-election in states that Trump won in 2016: Sens. Tammy Baldwin (D-Wis.), Sherrod Brown (D-OH), Bob Casey (D-Penn.), Jon Tester (D-Mont.), and Bill Nelson (D-Fla.). Here’s what’s at stake in these and other races:

Sen. Bill Nelson is facing two-term Florida Gov. Rick Scott. Scott won each of his gubernatorial elections with narrow majorities after spending tens of millions of dollars of his own money, and this campaign is shaping up a lot like his previous ones. Big Polluters are pitching in their fair share as well – in an attempt to flip one of the Democrats’ most vulnerable seats.

However, even with a fundraising advantage and high name recognition, Gov. Scott is so far only keeping the race in toss-up territory. The NRDC Action Fund is keeping a close eye on this highly competitive race because Sen. Nelson has been a strong environmental champion, especially in the Trump era. He voted against the confirmations of the scandal-plagued former EPA Administrator Scott Pruitt, and he voted against opening the Arctic National Wildlife Refuge to destructive oil drilling, among other environmentally dangerous bills. Now he’s standing up to the Trump administration’s proposals to open nearly all of America’s coasts to offshore drilling.

Sen. Nelson is a longtime champion for Florida’s coastlines, because coastal communities are the lifeblood of the state’s tourism economy. That’s why he’s always opposed more oil rigs off Florida’s beaches and worked hard in the Senate to persuade his colleagues on this critical issue.

In Nevada, the NRDC Action Fund sees an opportunity to expand our Green Firewall: Nevada is the only state where a Republican incumbent is running for re-election in a state Hillary Clinton won in 2016, making Sen. Dean Heller (R) a prime target. In this race, we’ve endorsed Rep. Jacky Rosen (NV-03), who has a very real chance of flipping this seat. Since her election to the House in 2016, she’s voted against nearly every anti-environment piece of legislation that’s made it to the floor. Sen. Heller, on the other hand, has an abysmal record, voting against the environment at every turn in the Trump era. This competitive race could help expand the Senate’s Green Firewall.

President Trump won the Badger State in 2016, so Sen. Tammy Baldwin (D) is considered a top target for national Republicans this year. But she’s also one of the environment’s staunchest allies in the Senate, having voted overwhelmingly for pro-environment positions during her term. Her newly-minted GOP opponent, Leah Vukmir, is a Wisconsin state senator with a shameful record of anti-environment votes, earning a paltry 20 percent lifetime score from the Wisconsin League of Conservation Voters.

Protecting Montana’s pristine public lands is key to Sen. Jon Tester’s re-election campaign in a state that’s only voted for a Democratic president once since 1968. As the Senate’s only working farmer, Tester understands the need to protect our air and water. He knows we need to fight to slow the climate change that is wreaking havoc across the country. Now Tester is facing a well-financed challenger – a Maryland businessman who, since moving to Montana, has favored development on public lands.

Ohio is a notoriously competitive state politically, but Sen. Sherrod Brown is so far polling well against Rep. Jim Renacci, his GOP challenger. Sen. Brown has a near-perfect environmental voting record, but Renacci is a polar opposite, with a shocking 0% score from the League of Conservation Voters in 2017. Renacci would without a doubt be a disaster for the environment in the U.S. Senate.

In Pennsylvania, we’re keeping a close eye on Sen. Bob Casey’s re-election campaign. Much like Wisconsin and Michigan, Pennsylvania is a state President Trump won very narrowly. And also like its Midwestern cousins, making sure we re-elect the incumbent environmental champion is a top political goal for the NRDC Action Fund.

Washington, D.C. — The League of Conservation Voters (LCV) and the NRDC Action Fund will spend a combined $200,000…