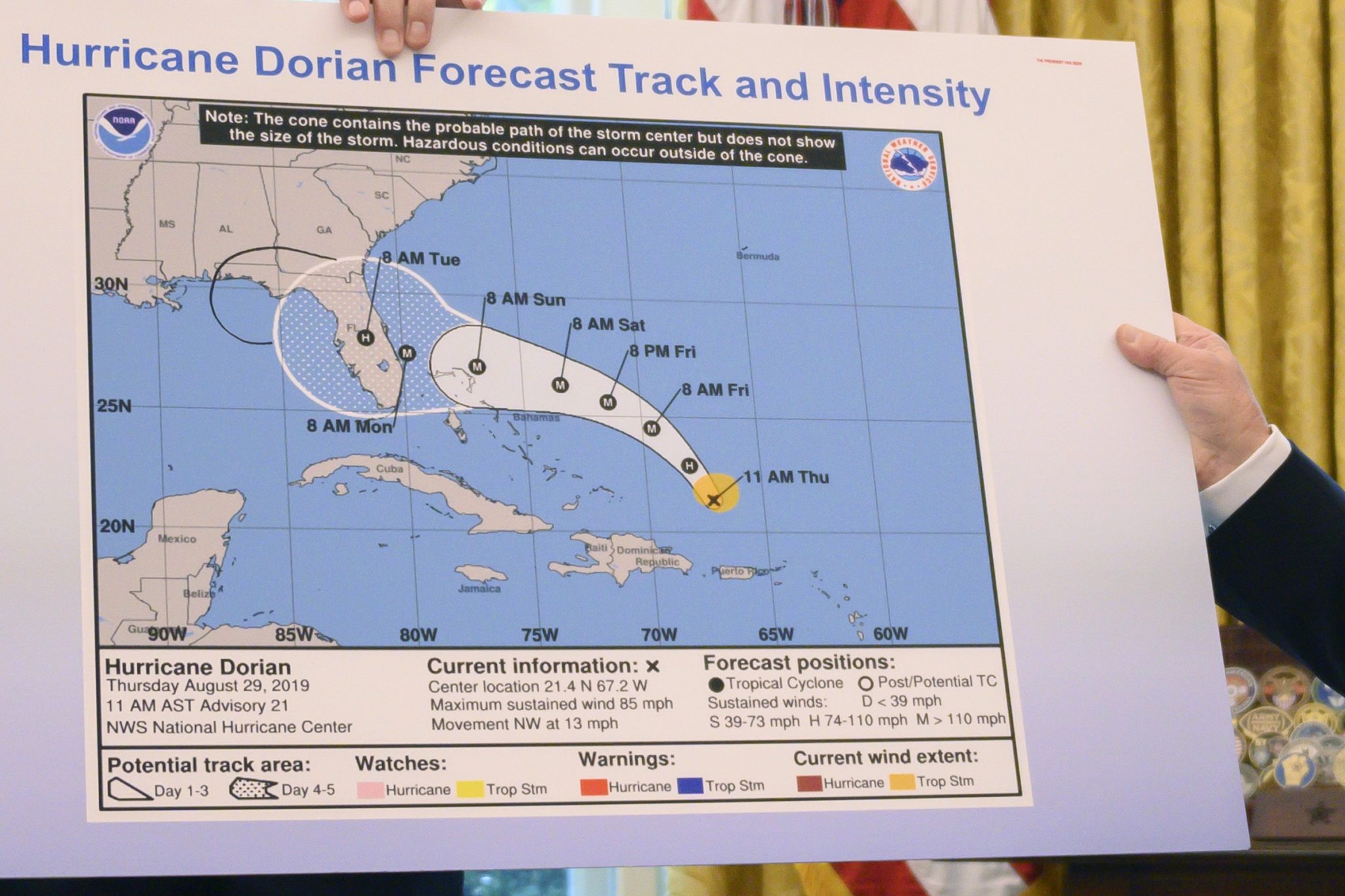 The culprit behind Sharpiegate will surprise no one.

A new report from the U.S. Department of Commerce’s Inspector General confirms what everyone in the world already assumed to be true: The White House was behind the ludicrous weather forecasting scandal known as Sharpiegate.

As Hurricane Dorian approached the Gulf Coast on September 1, 2019, President Trump incorrectly tweeted that Hurricane Dorian was likely to hit the state of Alabama hard. The National Weather Service’s Birmingham office did exactly what you would hope it would do: correct him in order to prevent unnecessary panic. The office quickly tweeted that Dorian would not affect Alabama.

Everyone, even presidents, makes mistakes, but it’s what happened next that is uniquely Trumpian. Rather than admitting his error, Trump doubled down, apparently taking a Sharpie to an official forecast map to make it look as though Dorian had initially been headed for Alabama. And, according to the Inspector General report, the White House Chief of Staff demanded that Commerce, which houses the National Weather Service, issue “either a correction or an explanation.”

In the early days of the hurricane, when it was predicted that Dorian would go through Miami or West Palm Beach, even before it reached the Bahamas, certain models strongly suggested that Alabama & Georgia would be hit as it made its way through Florida & to the Gulf….

….Instead it turned North and went up the coast, where it continues now. In the one model through Florida, the Great State of Alabama would have been hit or grazed. In the path it took, no. Read my FULL FEMA statement. What I said was accurate! All Fake News in order to demean!

If the leaders in the Commerce Department had had any integrity, they would have chosen the latter. After all, an explanation would have been pretty straightforward. The president was wrong, and his error could have spread panic among people who were not in danger. The National Weather Service’s job is to ensure Americans get the best weather data possible, and so it stepped in to calm the people of Alabama.

Instead, senior officials decided to issue a correction for a statement that was already correct. They scrambled to find some plausible explanation to save presidential face. Although Alabama had never been in the hurricane’s predicted path, the Commerce Department issued an apology, noting that it “spoke in absolute terms that were inconsistent with probabilities.” Werner Heisenberg would be so proud.

Because the current president of the United States can never admit that he is wrong, he forces people throughout government to admit they are wrong even when they are not. This is especially problematic when you have a president who is wrong as often as Trump.