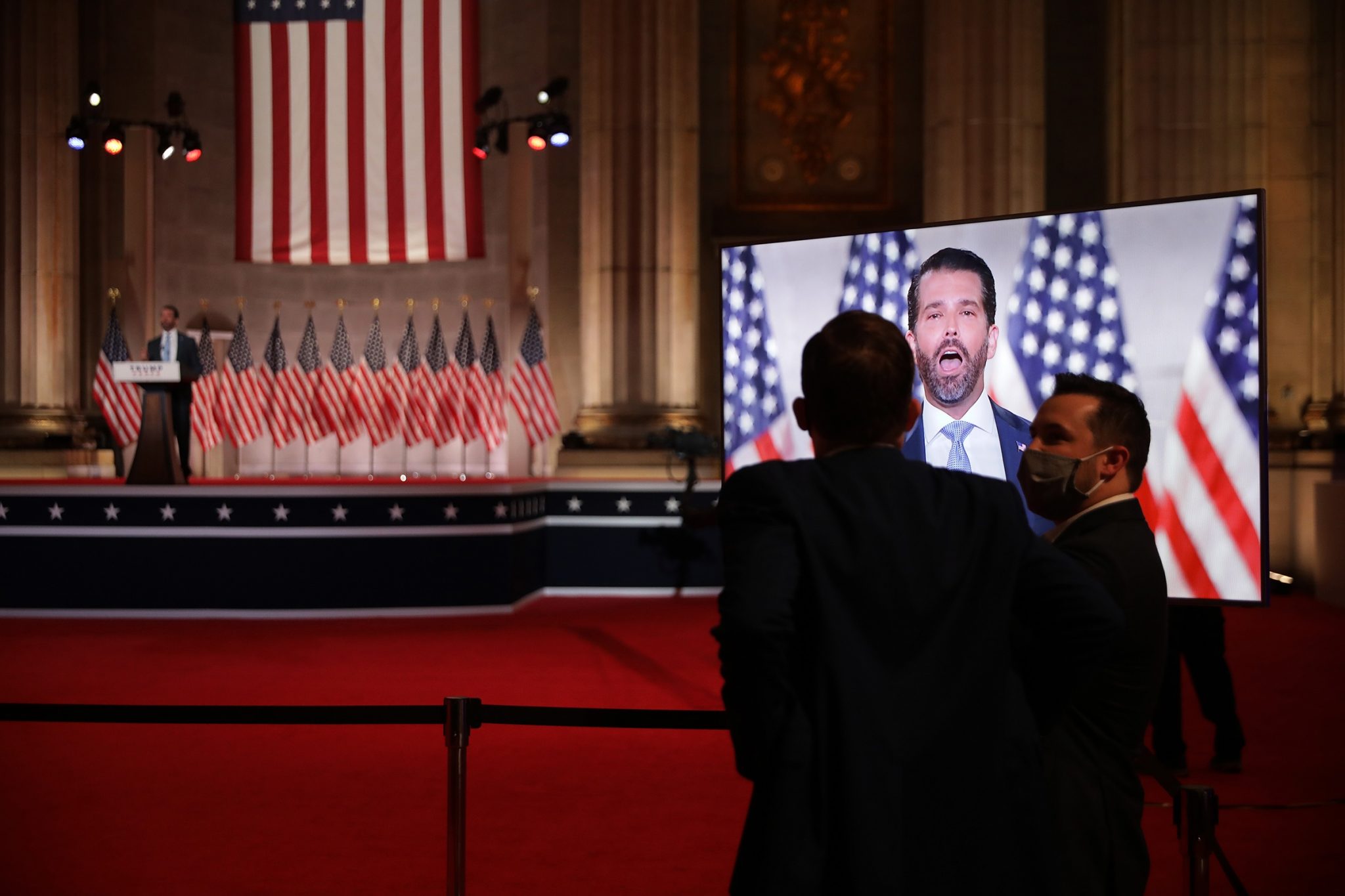 Why make up a new set of climate denials when you’ve already rejected science so categorically already?

The Republican Party has made the extraordinary decision not to adopt a 2020 platform, choosing instead to continue its servitude to President Trump and recycle its 2016 platform in its entirety. Because, you know, has anything really happened over the last four years that would require the Republicans to develop any new ideas or policy approaches? I can’t think of anything big…

For those who’d like a refresher of the 2016 platform, the Republican Party declared climate change “far from this nation’s most pressing national security issue” and decried the efforts by the U.S. Department of Defense to prepare for the global climate crisis as the “triumph of extremism over common sense.” Note that, by extremism, the Republicans mean the “understanding of science.” And, by common sense, they mean “making things up with no regard for clearly observable data.”

The platform goes on to express support for “all forms of energy that are marketable in a free economy without subsidies,” which can’t possibly be a reference to oil or coal, because the United States spends $26 billion annually to keep the fossil fuel industry afloat. The Trump administration is arguably the worst administration in history when it comes to wastefully subsidizing coal, as Trump proposed a series of clearly illegal maneuvers to prevent the coal industry from dying a natural death at the hands of the very same market that the RNC platform professes to adore. Still, despite Trump’s many schemes, some of the nation’s largest coal-fired power plants are shutting down. Meanwhile, the share of U.S. electricity coming from renewable sources continues to grow.

And while some Republicans have been slowly coming around on climate change, maybe the GOP is wise not to debate the issue in the course of passing a new platform. The party doesn’t really need the bulk of its representatives churning out a fresh batch of hypocritical, anti-science nonsense that’s completely divorced from reality. They have the Trump family providing us with four straight nights of that.

Trump’s big favor to coal results in lax controls for arsenic, mercury, and selenium dumped into U.S. waterways. The…

And he did it all with a straight face. President Trump has given one of the most extraordinary speeches…

The administration’s political considerations around expanding offshore drilling threaten the survival of the North Atlantic right whale. The Trump…