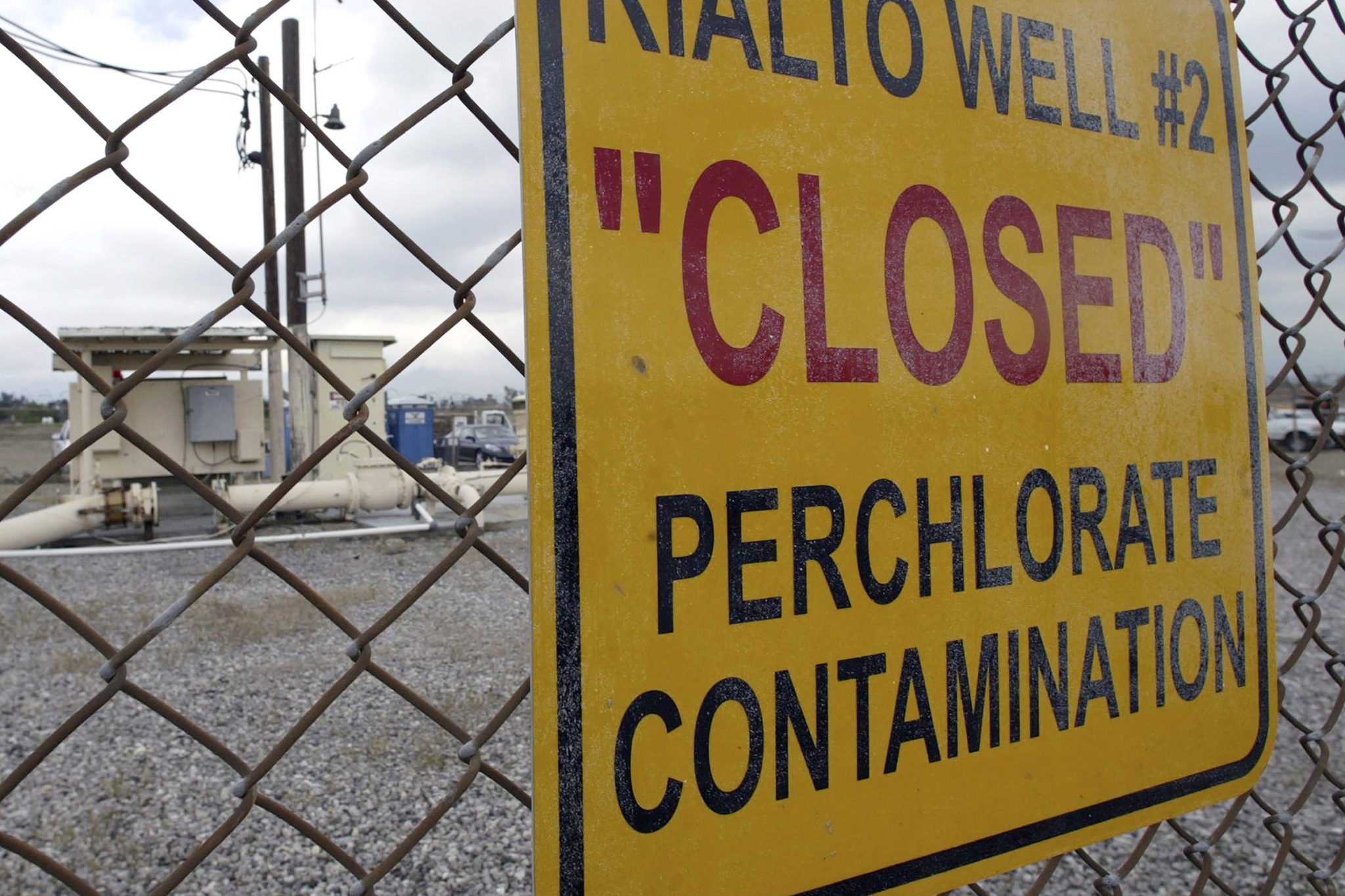 Perchlorate works great in rockets, but not so great in a child’s brain.

The U.S. Environmental Protection Agency (EPA) has decided not to regulate perchlorate levels in drinking water, reversing an Obama-era decision and defying a court order. Perchlorate—for those losing track of the dangerous chemicals the Trump administration refuses to control—is an additive in rocket fuel that slows the growth of fetuses and children and impairs learning capabilities. Scientists have found dangerously high concentrations of the chemical in many water supplies, and it is known to contaminate the drinking water of 26 states.

No one wants their children drinking rocket fuel chemicals. So how could the EPA decide to ignore this problem? It all goes back to Dwight D. Eisenhower’s prophetic 1961 warning about the growing power of the military-industrial complex. In this case, its power was brought to bear on our children’s fragile brains—with no resistance from the all-too-happy-to-please-industry Trump EPA.

The defense industry, with the help of some patrons at the Pentagon, has been fighting perchlorate standards for more than 15 years. Their tactics are worryingly familiar: They argue the science is unsettled, sow doubt by producing low-quality research of their own with preconceived outcomes, pack government panels with scientists who have taken money from the industry, and stack agency management with corporate swamp creatures.

Even with all of this obfuscation, however, the record clearly demonstrates that we have a perchlorate problem. The National Academy of Sciences determined in 2005 that the human body cannot safely tolerate more than 0.7 micrograms per kilogram of body weight and, based on that, the EPA in 2008 recommended a maximum water concentration of 15 parts per billion (ppb). The water supplies in many areas, especially those near defense production facilities, have exceeded that threshold.

Since the EPA issued the 15 ppb recommendation 12 years ago, research has shown that even lower levels are required to protect childhood brain development. Many states, such as California, Massachusetts, and New Jersey, mandate or recommend maximums in the single-digit ppb. No credible scientific research suggests that anything higher than such a low level is safe.

Nevertheless, under pressure from the defense industry, EPA administrator Andrew Wheeler has now decided that 56 parts per billion—nearly quadruple the limit recommended by George W. Bush’s EPA!—is perfectly fine. And, according to Wheeler, since most states don’t experience perchlorate concentrations above that level, there is no need to regulate it at all.

This conclusion is ludicrous. The EPA’s own data shows that exposure to perchlorate at 56 ppb could cost the average exposed child two IQ points, with children at lower IQ levels potentially losing even more. Despite this damning concession, Wheeler believes it is “not in the public interest” to regulate perchlorate. We have gone through the looking glass.

To add to the absurdity, Wheeler’s decision openly flouts a 2016 court order and a statutory mandate requiring the EPA to regulate perchlorate. Complaining about the EPA’s inaction several years ago, the judge noted that the agency needed to have “a fire lit under them.” This latest EPA decision is likely to end up back in court, where we can expect things to get uncomfortably warm for Wheeler.

Take Action:
Tell Congress to pass the Clean Water for All Act

The White House is using the COVID-19 pandemic as a reason to propose relaxing environmental safeguards on uranium mining,…