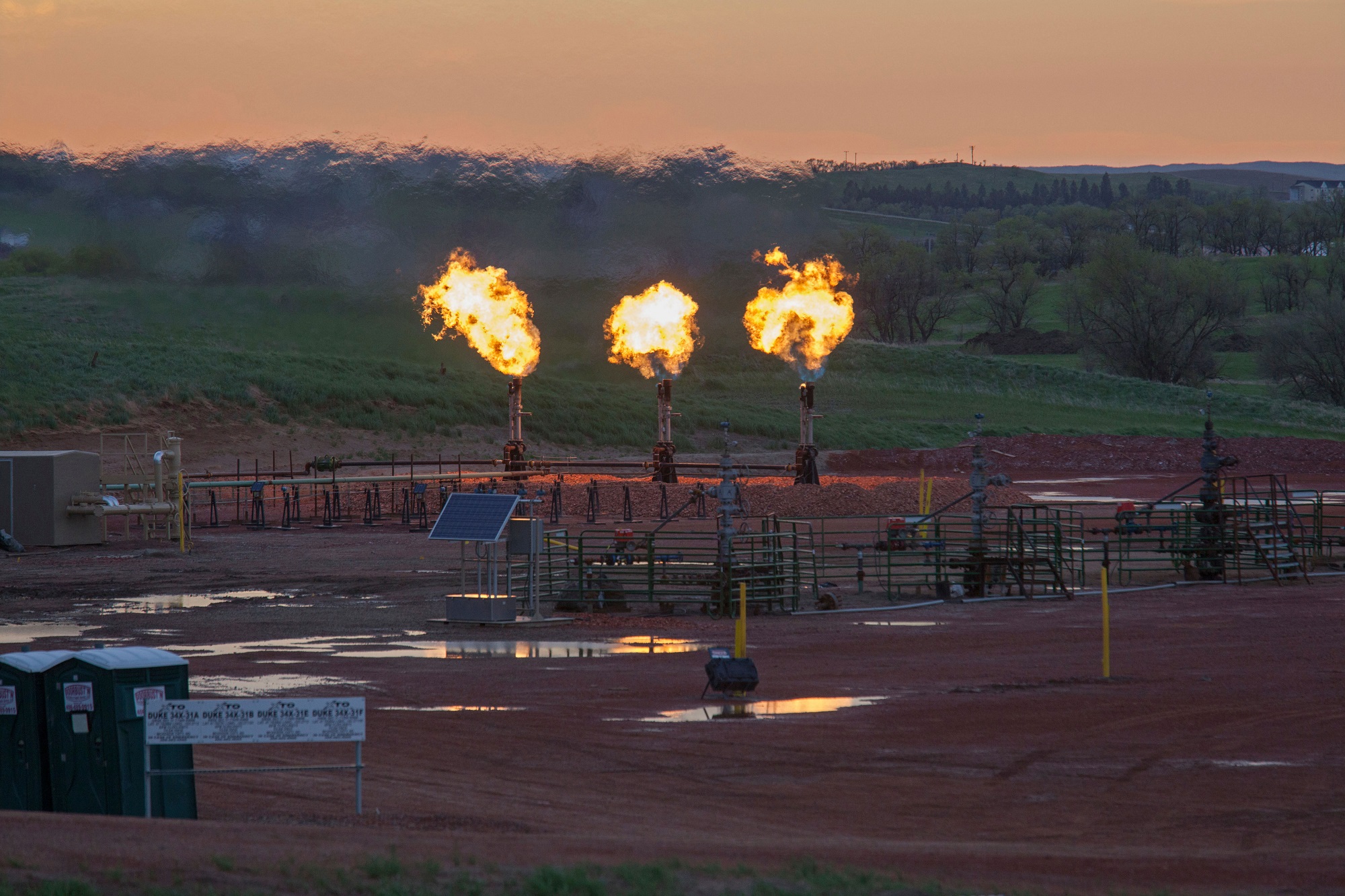 The rollback undoes a historic 2016 rule to control one of the worst greenhouse gases.

The Trump administration has relieved fossil fuel companies of their legal obligation to track and fix methane leaks in newly constructed or modified oil and gas facilities. It also means companies are under no obligation to do anything about leaks from older equipment. The decision undoes a crucial part of the national strategy, established in the Obama era, to reduce climate-warming emissions. It also mirrors Trump’s approach to COVID-19 tracking: Maybe if we stop testing, we can pretend it isn’t happening. But here’s the thing: Problems don’t go away just because you stop looking for them.

Methane is among the most potent of greenhouse gases, with a climate-warming potential as much as 87 times that of carbon dioxide. The largest source of methane emissions is the oil and gas industry, which has done a dangerously poor job controlling leaks of this colorless, odorless, but very dangerous gas. A 2018 study found that oil and gas operations leak 13 million metric tons of methane into the atmosphere each year, 60 percent more than U.S. Environmental Protection Agency (EPA) estimates, which rely too heavily on industry self-reporting.

The industry’s day-in and day-out leakage of this powerful climate pollutant has largely happened under the media radar, but every now and then, a release is so large that it breaks into the national news. In 2015, for example, a well blowout in Southern California released 100,000 metric tons of methane before it was finally capped, making it worse from a climate perspective than the BP Deepwater Horizon well blowout that spewed oil and gas into the Gulf of Mexico.

Oil and gas executives have long argued that methane leak regulations are unnecessary. They say they already have economic incentives to stop methane leaks because leaking methane means losing valuable natural gas, the product they sell. But that incentive is too small, and the industry is too sloppy. The industry has utterly failed to stop methane leaks for decades. The volume of methane leaked into the atmosphere every year represents 2.3 percent of U.S. natural gas production, and it’s just wasted, releasing into the air. Oil and gas companies have clearly decided that it isn’t worth their while, as far as their bottom lines are concerned, to stop those leaks. That’s why the Obama administration decided to act.

But in the Trump era, oil and gas companies get whatever they want, no matter how transparently wrong their arguments are or how dangerous the consequences.