Trump to Withdraw Protections for the Sage Grouse 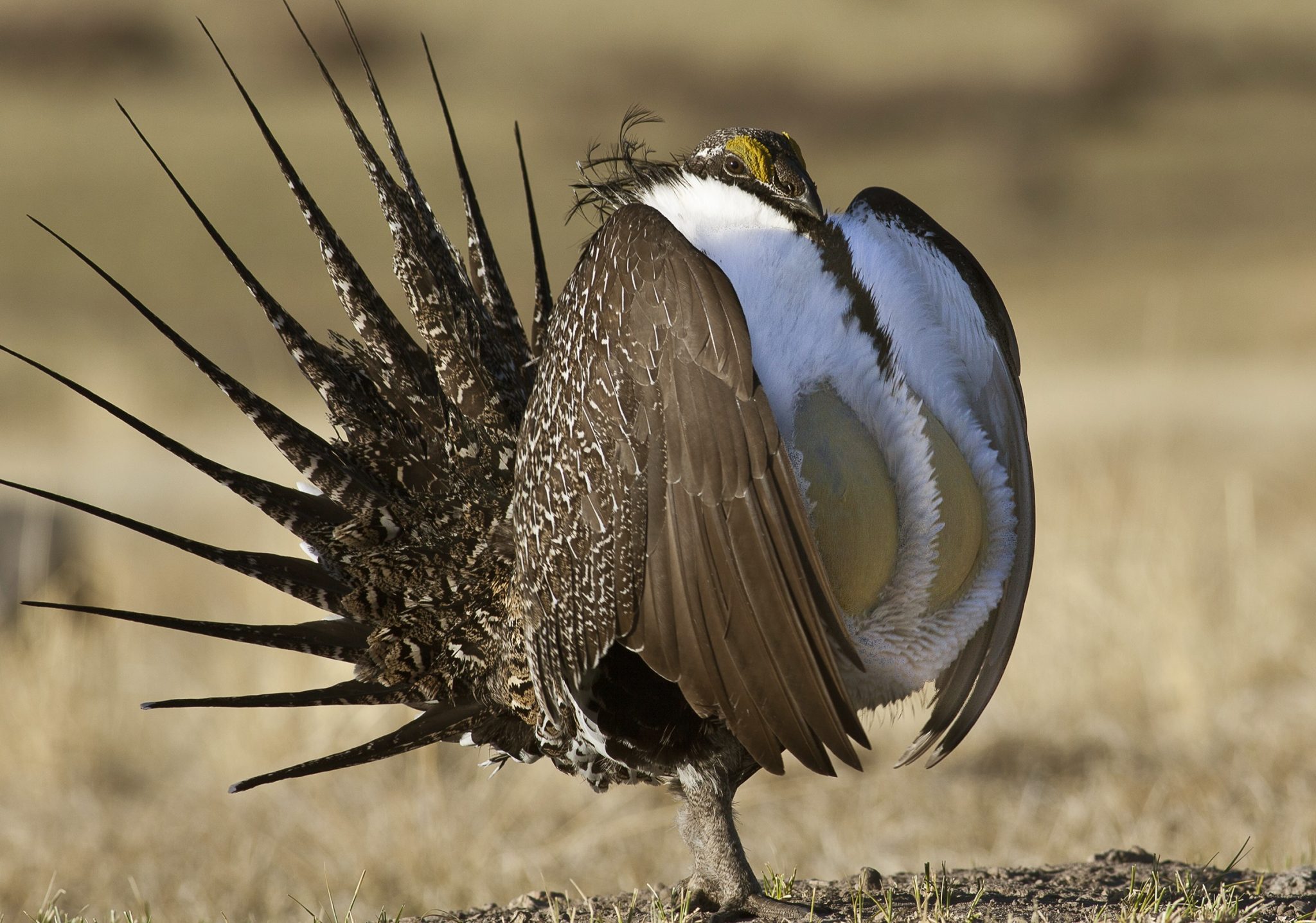 Yet another iconic North American species swept aside in the relentless pursuit of fossil fuels.

Donald Trump seems to have a personal vendetta against the sage grouse. Perhaps he’s jealous of its magnificent plumage or its fabulous mating dance. Maybe he doesn’t like all the attention it gets on social media or its bipartisan support. Whatever it is, Trump appears hell-bent on wiping the majestic bird from western lands for good. On Tuesday, the U.S. Fish and Wildlife Service announced that it would withdraw a proposal to grant Endangered Species Act protection to the bistate sage grouse, a distinctive grouse species of just 3,300 birds occupying 4.5 million desert acres spread between California and Nevada.

This is the second major blow the Trump administration has struck against the sage grouse. Last year, the U.S. Department of the Interior announced its plan to expand oil and gas leasing on greater sage grouse habitat, casting aside a 2015 agreement to manage the bird’s range that was painstakingly crafted by the federal government, western states, ranchers, private landowners, and conservationists.

Despite the unscientifically optimistic projections of Trump’s Fish and Wildlife Service, sage grouses are in serious peril. Just 2 percent of the bird’s historic population remains, and its habitat is increasingly fragmented by wildfire, livestock grazing, and fossil fuel exploration.

This fight isn’t just about a single bird—it’s about the health of the ecosystem of the West. The vast expanse of western sagebrush is also home to elk, mule deer, pronghorn, golden eagles, and a host of other iconic American species. But, for Donald Trump, they’re nothing but intruders trampling all over his precious oil.