We Need Our Federal Workers on the Job 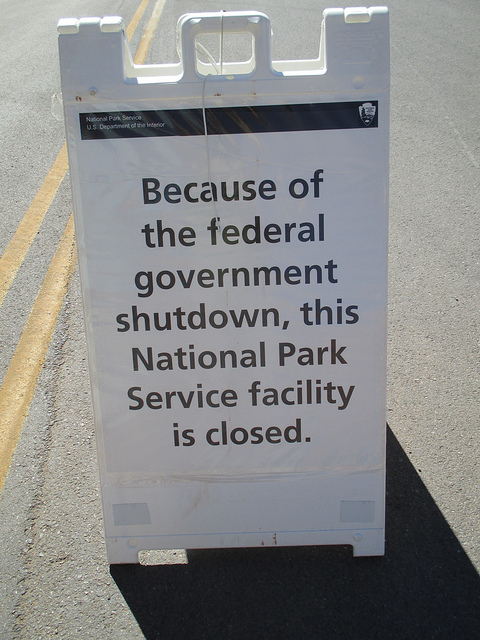 Our public servants undertake many tasks that we don’t often notice: They clear ice off the roads in national forests and ensure the local toxic Superfund site is being cleaned up; they inspect our drinking water systems and make sure the bathrooms at national parks have toilet paper.

With President Donald Trump’s feckless decision to shut down the federal government, none of these essential tasks are getting done now, and we, the American people, are feeling the effects. Whether your apartment building has hazardous levels of lead or you had planned to camp at Joshua Tree National Park, the Trump shutdown has left you abandoned.

It’s time for the president to drop his petty ultimatum and let federal workers do their jobs.

“This is not how our country’s budget is supposed to work, and we would hope Republicans and Democrats could see the wisdom in that.” the Denver Post wrote in a hard-hitting editorial. “There is no one to blame for this shutdown but Trump and his erratic demands.”

As the days pile up, the shutdown is exacting a growing toll.

In East Chicago, residents of the West Calumet Housing Complex were forced them from their homes because of dangerous levels of lead, some 70 times the safe limit. An Environmental Protection Agency hearing meant to determine the next steps to clean up this dangerous neurotoxin was cancelled because of the shutdown, WTHR reported.

Calumet is but one of the nation’s thousands of former factories, mines and other industrial sites that were abandoned with toxic levels of waste and now need to be cleaned up. These Superfund sites are still being “monitored,” but clean ups and decisions face new delays.

Also affected are inspections for drinking water systems and pesticide reviews. EPA’s staffers ensure polluters are kept in check. While we might not notice it immediately, the impacts could be profound for our air, water and the health of our families.

Meanwhile, the national parks have been left betwixt and between, open but largely without rangers and maintenance workers—and not collecting entrance fees.

A reporter from the Los Angeles Times visited Joshua Tree, where he found champagne bottles and a prom dress discarded on the ground and human waste overflowing in the toilets. With damages piling up, the park shuttered its campgrounds Wednesday.

As the Washington Post reported, visitors to the parks are “finding trash cans overflowing and restrooms locked. Vault toilets are not serviced, and there’s hardly a flush toilet to be found anywhere. If nature calls—well, the woods are over that way.”

With their abundance of public lands and laboratories, many Western states—Utah and Colorado, Wyoming and Arizona—have been particularly hard hit.

Arches and Canyonlands national parks in Utah shut their gates Monday as there was no one available to clear roads and trails of snow and ice, the Salt Lake Tribune reported. The state government in Utah had to step in and pay $80,000 to keep basic services functioning at Zion National Park. With those funds exhausted, a local non-profit is now paying about $2,000 a day for those essentials, KUER said.

In the first two weeks of the shutdown, the National Park Service has lost $5 million in uncollected fees, and nearby businesses an estimated $20 million in lost business.

Scientists at Colorado national labs aren’t on the job. Experiments on our climate and in renewable energy can’t be undertaken. “We won’t know the effects of the shutdown, until we know how long it goes,” said William Farland, chairman of CO-LABS, told Colorado Public Radio.

And then there are the impacts on the 800,000 federal workers affected by this shutdown. None are getting paid, even those who have been deemed essential and are working. At least 196 furloughed federal employees in Colorado have applied for unemployment benefits from the state. The Office of Personnel Management encouraged employees to work with creditors and landlords to get a break on their rent or bills. One egregious suggestion: furloughed workers should offer to do odd jobs in exchange for a cut in their rental bill.

Our federal employees should be doing the work they were called to do, not patching plaster in their apartment building. We need them to protect us from harmful pollutants, conduct research on breakthrough clean-energy technologies and keep our public lands open and safe.

It might be too much to expect, but it’s time for our political leaders to think of the public interest, not on their own idiosyncratic obsessions, and re-open the federal government.

The author, John Bowman, is senior director of federal affairs at NRDC and the NRDC Action Fund.

Photo: George Clerk/iStockIt’s bad for the environment, the economy, and public health.After years of deliberation, the Trump administration has…

Photo: 123RFThe public health professionals who would have the most to say about the agency’s new rules are a little…

The Trump Administration Issues a Free Pass to Pollute During Pandemic

Photo: DreamstimeThe move will leave Americans in the dark about the levels of contaminated air and water coming into…