Biden/Harris vs. Trump/Pence: Your Guide to Watching the 2020 Presidential Debates 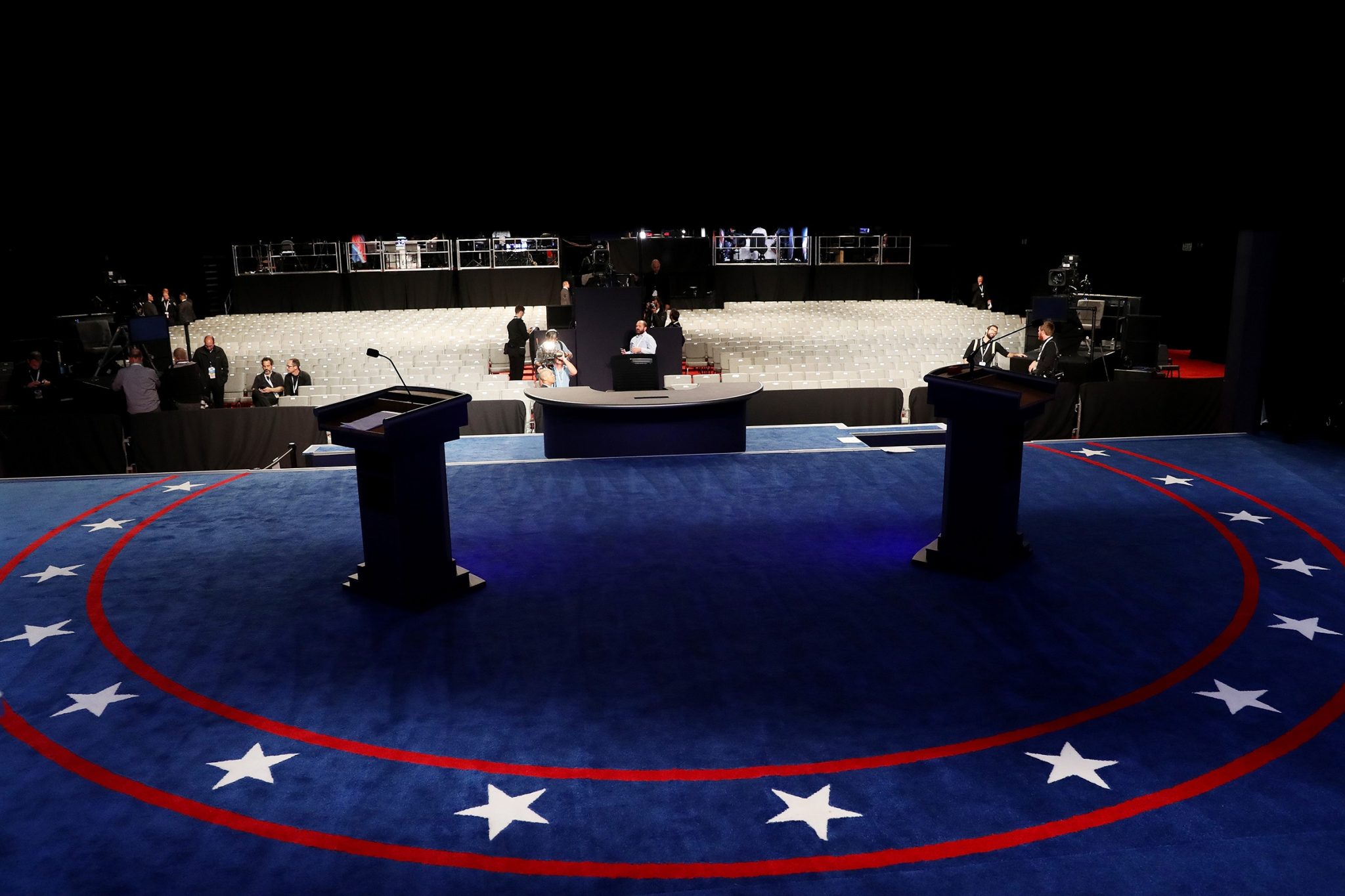 Here’s the when, where, and how for tuning in to the debates as the candidates tackle today’s biggest issues (or try to).

Pop the popcorn. Warm up your Twitter finger. Debate season is upon us. Presidential candidates Joe Biden and Donald Trump, along with their VP picks, Kamala Harris and Mike Pence, are preparing to face off in four word battles for the White House.

While the exact topics are still mostly TBD, the candidates will certainly have a lot of ground to cover as the nation faces a confluence of global crises. The COVID-19 pandemic rages on while communities simultaneously grapple with an economic recession, ongoing systemic racism, a Supreme Court justice nomination, and unprecedented extreme weather events fueled by climate change.

The debates this fall could offer clues on where the country is headed next. Here are their details.

You will likely watch from your couch. The candidates will square off in person while socially distancing on stage. (Six feet means six feet, Trump!) Organizers have been busy making adjustments to help keep everyone—candidates, staff, TV crews, spectators—safe from COVID-19, such as limiting each debate to one moderator and shrinking the live audiences.

Case Western Reserve University in Cleveland will be hosting the first presidential debate. At 90 minutes long, the event will consist of six 15-minute segments—the topics for which have been announced and will include the Supreme Court, the integrity of the election, and COVID-19.

Moderator: Chris Wallace, an anchor on Fox News Sunday who earned praise for his moderating of a 2016 debate between Donald Trump and Hillary Clinton.

Next up is the first and only vice-presidential debate between Senator Kamala Harris of California and Vice President Mike Pence, to be held at the University of Utah in Salt Lake City. (Experts expect a strong debate performance from Harris, who shone during the primaries. Keep it up, Kamala!) At 90 minutes long, the event will consist of nine 10-minute segments—the topics for which will be announced ahead of time.

Update: As of October 11, 2020, this second debate has officially been canceled.

Biden and Trump will head down to Miami for a town hall–style debate, where the candidates field questions from audience members. The Adrienne Arsht Center for the Performing Arts of Miami-Dade County will host.

Moderator: Steve Scully, a senior executive producer at C-SPAN, who John Oliver dubbed “the most patient man on television.”

The third and final presidential debate takes place at Belmont University in Nashville. At 90 minutes long, the event will consist of six 15-minute segments—the topics for which will be announced ahead of time. Stay tuned.

Moderator: Kristen Welker, an NBC White House correspondent since 2011 who is known for hard-hitting questions.

How Can I Watch and Participate in the Discussion?

Most major news stations plan to stream the debates without commercials, and C-SPAN will be covering the events on its cable channel, website, and radio station. You’ll also likely be able to watch the debates live on YouTube, where they have been available in the past.

While most news networks plan to offer minute-by-minute commentary (and fact-checking!) of the debates, follow NRDC Action Fund’s Twitter and Facebook pages to experience Biden and Harris’s performances each night through an environmental lens. Couldn’t tune in the night before? Check out our wrap-up blog, which can also be found on our social channels the following day, to get the environmental highlights.

A Note on Moderators

Moderators run the show—determining the questions asked, cutting candidates off when their time runs out, and trying to keep candidates from interrupting each other. That’s why choosing who moderates—a responsibility held by the Commission on Presidential Debates (CPD), which organizes the events—is often a debate unto itself. Earlier this month, Trump’s campaign criticized this year’s selections (after suggesting its own Trump-friendly picks, of course), but the nonprofit, nonpartisan CPD points out that no campaign has ever had any role in selecting debate moderators. (Biden, by contrast, publicly stated that he welcomes all independently chosen moderators.)

Will Environmental Issues See Any Action?

While there is so far no night specifically set aside to cover the environment, expect the climate crisis to get airtime as practically the entire West Coast continues to suffer through catastrophic wildfires while the Atlantic and Gulf Coasts brace for a record-breaking hurricane season. In addition to extreme weather, the nation’s rapidly disappearing wildlife and wild spaces and the long-standing injustices of industrial pollution harming BIPOC and low-income communities also demand attention.

Crucially, our next president will be one of the last with the opportunity to meaningfully address the nation’s carbon emissions in order to avoid the worst of what the climate crisis has in store for the United States and the world. Trump has denial. Biden has a plan.

Both Kamala Harris and Mike Pence made big statements Wednesday night on everything from fracking to climate change. Some…

During a bleak night of insults and interruptions came a few important reminders (from Biden) about the climate crisis,…