Election Update: Columbus, Ohio, Residents Stand Up for Our Environment by Passing Issue 1! 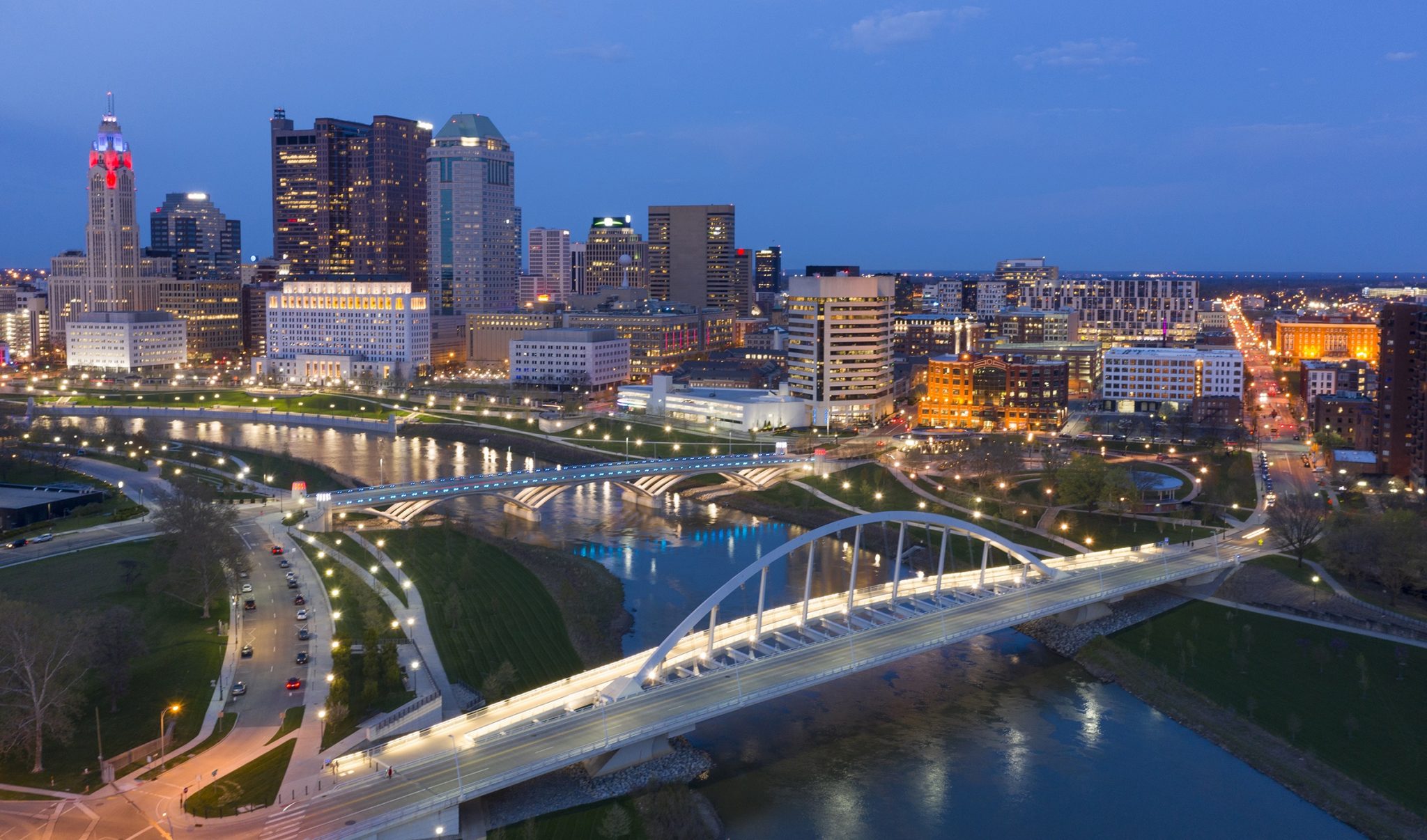 Voters overwhelmingly voted in favor of the ballot measure, which will not only help combat the climate crisis but also protect people’s health and boost the economy.

UPDATE: In a huge win for Columbus residents, Issue 1 has passed! Voters in Columbus voted YES on Issue 1 in huge numbers, with 76% voting in favor of the measure. As we share below, Issue 1 will give residents and business owners in Ohio’s largest city the ability to join together in order to purchase clean electricity at bulk rates, increasing Columbus’s usage of wind and solar energy all without raising rates—and pushing the city even closer to its goal of achieving 100 percent clean energy by 2022. Even more, it will also create local jobs in Ohio’s expanding renewables sector. Read on below for why the NRDC Action Fund worked hard to support this critical ballot measure.

The NRDC Action Fund recommends Columbus, Ohio, residents vote YES on Issue 1 on the November ballot to secure 100 percent clean, local renewable energy by 2022. This measure will help fight the climate crisis, protect public health from dangerous air pollution, and boost economic recovery by creating good-paying jobs. We have a responsibility to make sure that people, both now and in the future, have clean air, clean water, and a safe environment. Issue 1 provides an opportunity to accomplish this.

This fall, Columbus voters have an opportunity to choose 100 percent clean, local renewable energy by voting YES on Issue 1. The ballot measure allows residents and small commercial customers to come together to purchase electricity as a group and clean up their power supply by using local renewable energy resources without raising electric bills.

Aggregation initiatives like this have passed in more than 400 communities in Ohio, including Cleveland and Cincinnati. While not all cities choose renewable energy options, Columbus has decided to secure 100 percent local clean energy by 2022. This allows all city residents and small businesses to shrink their carbon footprints with no increase in power costs.

By voting YES on Issue 1, residents can make Columbus the largest metropolis in the Midwest to purchase 100 percent clean, renewable energy power supply, supporting local clean energy generation and a sustainable economy for the city.

The latest report from the Intergovernmental Panel on Climate Change makes clear that we need to do everything we can over the next decade to clean up our electric grid. Waiting is not an option, and that is why the NRDC Action Fund supports Columbus’s efforts to secure 100 percent local, clean energy by 2022 for its residents, with the added goal to achieve carbon neutrality by 2050.

The current decade will be the most critical for making needed progress and Columbus is rising to that challenge. Issue 1 is estimated to cover 260,000 residents and businesses, resulting in a reduction of 1.2 million metric tons of carbon emissions, a 19 percent reduction for the city.

The COVID-19 pandemic has brought into clear focus the impact that air pollution from our power sector is having on our most overburdened communities. Communities of color and low-income communities that are being disproportionately harmed by this virus are the same people who have had pollution from dirty power sources inflicted on them for far too long. There is a better way, and Columbus is prepared to forge that path. This ballot initiative is a momentous step forward in achieving environmental justice for Columbus communities impacted by the damages caused by our warming climate, while helping other residents around our state at the same time.

The city of Columbus’s ambitious—and achievable—goals for 100 percent clean, renewable energy by 2022 and carbon neutrality by 2050 are key in addressing the extreme temperatures that are exacerbating respiratory illnesses, such as asthma attacks, that are worsened by the poor air quality that results from Ohio’s historical reliance on coal-fired power plants for our electricity supply.

Addressing these health concerns at their source—our power sector—will help to reduce healthcare costs, missed school days, and other economic challenges related to the climate crisis. Leading a transition to renewable energy that is accessible and affordable to all residents will not only provide an ability to access competitive pricing for a 100 percent clean, renewable energy source but it will also allow the community to benefit from a stronger economy through the creation of lasting jobs and workforce development in the local clean energy industry.

If this ballot measure succeeds, Columbus will become the third-largest city in the United States—and the largest in the Midwest—to create demand for local renewable energy sources and good-paying jobs by grouping together the buying power of its residents. This will further expand the city’s development of renewable energy, such as wind and solar, and greatly advance its vision for carbon neutrality by 2050.

This local clean energy investment will create good, blue-collar jobs for Ohioans in a promising and growing set of industries. Clean energy jobs grew four times as fast as overall statewide employment in 2019 and employed more than 114,000 Ohioans at the end of the year, supporting small businesses all around the state.

Issue 1 is the latest in a series of efforts made by Columbus—one of 25 leadership cities in the United States selected to participate in the American Cities Climate Challenge—to create more livable communities by becoming more climate friendly. As Columbus continues to implement climate-friendly programs and policies to reduce the city’s carbon footprint, meet its carbon neutrality goal, and drive economic growth, other cities will look to Columbus as a model, providing an example for how local leadership can help to effectively address the climate crisis.

As cities grapple with the climate crisis, one hurdle often overshadows the rest: local budgets. Preparing for the near-…