Does Bipartisanship Have a Prayer? 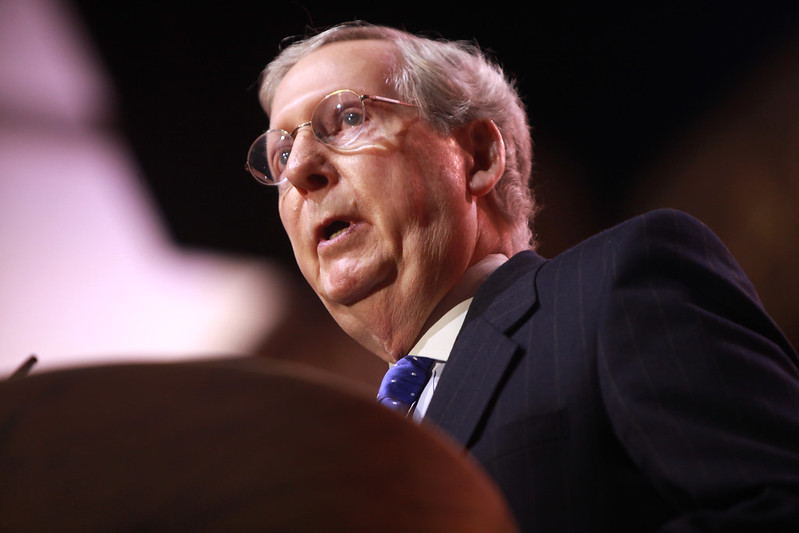 As an environmentalist, I’ve never seen support for clean air, safe water and sustainable habitat as something that should divide us, red state and blue. If anything should unite us as a nation, it’s commonsense protection of the environment and public health.

My belief in bipartisanship, though, goes well beyond that. The ability to work with others is at the core of how our democracy is supposed to function, providing us a way to disagree without becoming divided, through the give and take of political compromise.

That’s why President Biden was right to seek Republican support for the American Rescue Plan to confront the devastation of the year-long pandemic.

He’s been right, too, to seek bipartisan backing for his American Jobs Plan – strategic investment to drive the equitable recovery we need by rebuilding the country’s aging bridges, roads and ports and speeding the shift to cleaner, smarter ways to power our future.

And congressional Democrats were right to try to work with Republicans to create an independent bipartisan commission to investigate the deadly Capitol riot of January 6, get to the bottom of its causes and recommend effective measures to prevent an insurrection like that from ever happening again.

What prayer is there for bipartisanship, though, when Republicans, out of misplaced fealty to a failed and fallen leader, reject the efforts at compromise needed for the Congress to move forward with the urgent business of governing the nation in times of trial?

How, exactly, do you make common cause with a party that perpetuates a damaging and dangerous lie and expels from its ranks those who dare to tell the truth?

And is it even legitimate to try to accommodate a party that won’t protect our democracy and is, indeed, working to deny millions of Americans the right to vote?

These are the vexing questions the Republican Party has placed, through its own actions, before those who care about bipartisanship.

After the devastating coronavirus pandemic that’s killed nearly 600,000 people in the United States and left more than 8 million jobless, Biden’s American Rescue Plan has been a desperately needed lifeline for millions of people. Not a single Republican in the House or Senate voted to support the aid, despite concerted Democratic outreach to woo GOP backing.

The American Jobs Plan maps out a path to the strong, durable and equitable recovery we need to get our people back to work and get our economy humming again, by investing in a stronger, more sustainable and more prosperous future.

After weeks of bipartisan negotiations, Republican support is scant.

Last week, Senate Republicans voted to block the formation of an independent bipartisan commission to investigate the worst insurrection on U.S. soil since the Civil War, tell the public the truth about what happened and protect our democracy from further such threats.

And, if Senate Republicans failed the country on that count, it was House Republicans who just weeks before stripped Rep. Liz Cheney of her post as the party’s third-most-powerful leader there. Why? Because Cheney refused to parrot the party lie that Donald Trump somehow won last November’s election and bore no responsibility for fanning his base into the violent mob that stormed the Capitol last January.

The great GOP lie has done real damage, undermining public faith in the legitimacy of our leadership and the integrity of our democracy. After months of party leaders repeating the lie or refusing to refute it, 53 percent of Republicans say Trump is the “true president,” though Biden won by more than 7 million votes and with an Electoral College margin of 306 to 232.

The Republican response to the loss: the most concerted effort since the era of Jim Crow to suppress the votes of low-income communities and people of color, with some 389 bills passed or pending across 48 states to do precisely that.

“Collectively, these initiatives are transforming several states into political systems that no longer meet the minimum conditions for free and fair elections,”  Thomas Mann, Norm Ornstein, Pippa Norris, Larry Diamond and more than 110 other noted scholars of American democracy wrote in a June 1 statement. “Hence, our entire democracy is now at risk.”

In politics, as in much else, you’re either part of the solution or you’re part of the problem. The problem with American politics today isn’t that Democrats haven’t reached out; it’s that they don’t have a good-faith partner to work with on the other side.

That’s a shame, and not just for the Republican Party. It’s not how our democracy is designed to work.

We can’t, though, allow the failings of a party that’s given itself over to Trump, at the expense of our democracy and truth itself, to stand in the way of good governance.

We still must lead the nation out of the pandemic turndown and shape a durable and equitable recovery. We still have to protect the right of every American to vote. And we still need to know the truth about the deadly January insurrection, so we can keep anything like it from happening again.

John Bowman is a senior advisor to the NRDC Action Fund on government affairs.