For Mayors, Confronting the Climate Crisis Is Not Optional

Gina McCarthy Sep 16, 2020
For Mayors, Confronting the Climate Crisis Is Not Optional
September 16, 2020 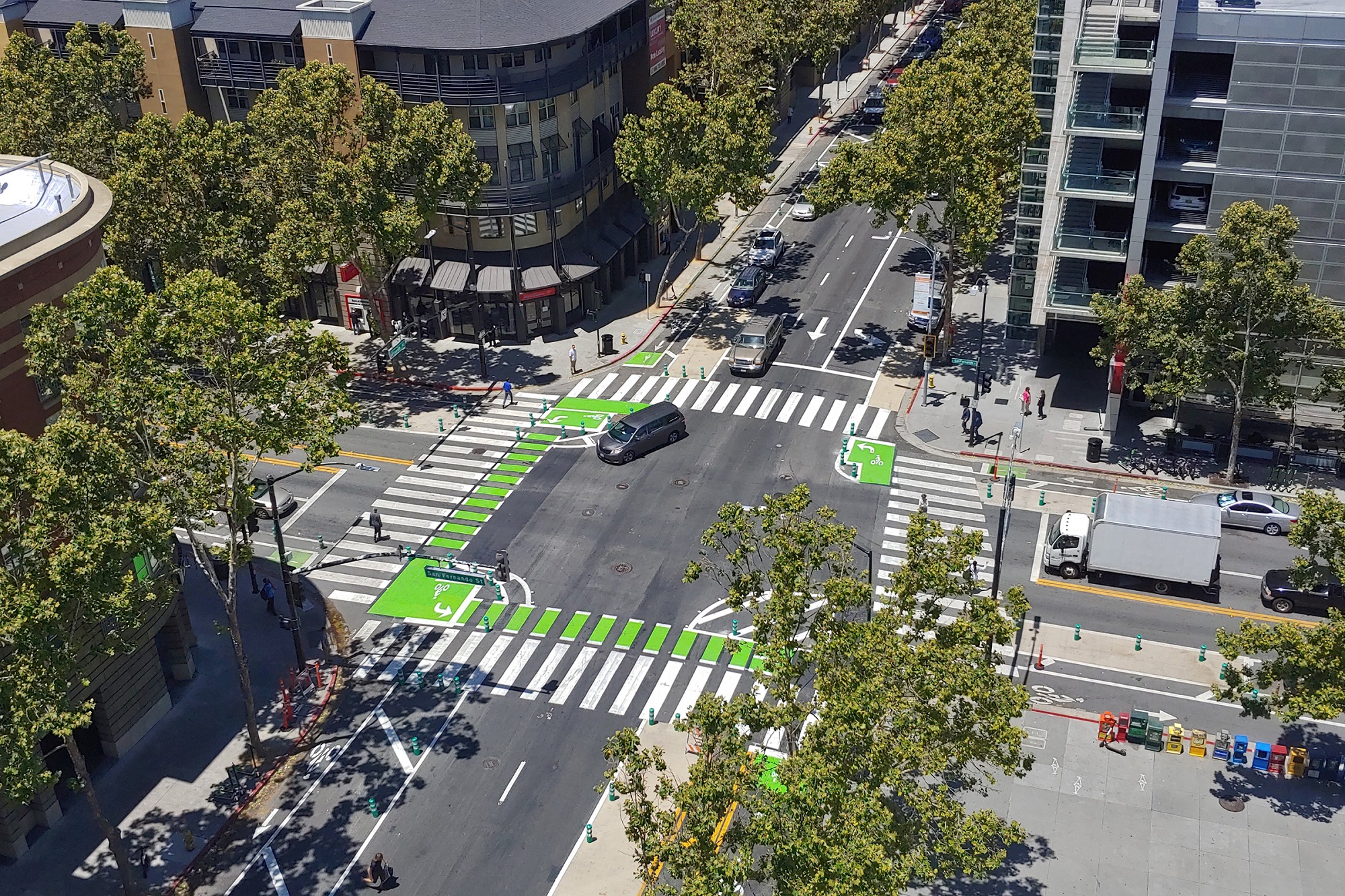 Leading the way forward through these unprecedented times of climate disasters, the American Cities Climate Challenge is helping mayors work together to achieve real, enduring change.

Every day, mayors across the country see firsthand the many ways that climate change is impacting their communities and the lives of the people who live there. That has been especially true this summer, while wildfires ravage the West, the Gulf and East Coasts suffer through a brutal hurricane season, and fierce storms pummel the Midwest. Mayors see the pain and suffering these events cause when they look their residents in the eye after they lose their home, business—or worse, a loved one—to one of these disasters.

Over the last six months, mayors nationwide have also been combating another unimaginable public health crisis: COVID-19. As the pandemic took hold of our urban centers, city leaders have had to rethink budget priorities, shift staff to essential duties, and concentrate resources in new programs. And they have been called to confront the systemic racism and long-standing injustice these multiple crises have laid bare.

Like with COVID-19, mayors understand that confronting climate change is not optional. It is essential to improving the quality of life and health of city residents, to making their cities more resilient, to setting the stones for a strong and broad-based recovery, and to advancing racial equity and justice. 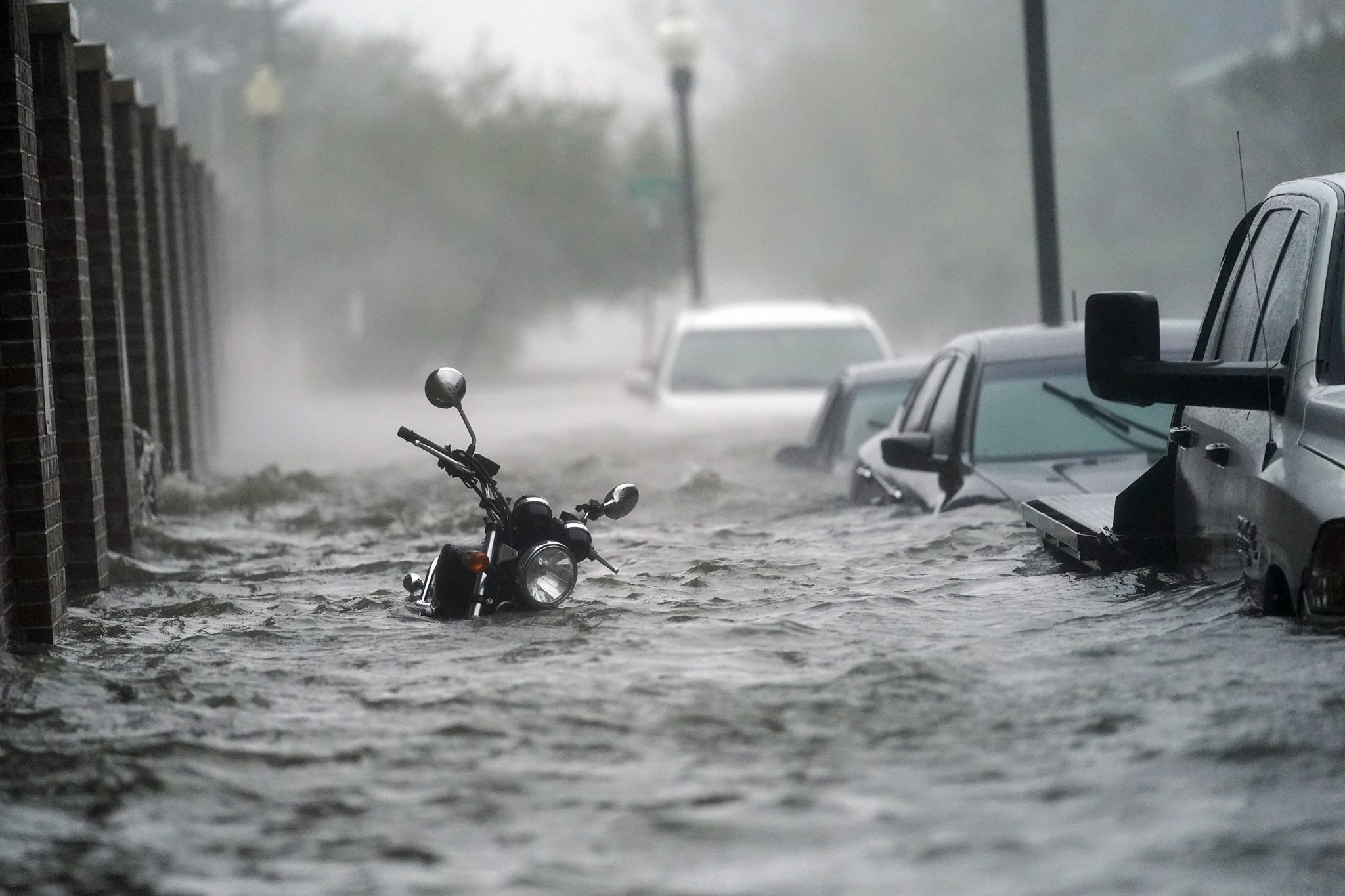 So perhaps it’s not surprising that cities—together with states and business partners—are leading the way in the fight against climate change, keeping the United States on track to reach our net zero emissions goals by 2050. That’s according to a new report unveiled by former New York City mayor Michael R. Bloomberg—the fourth annual America’s Pledge report, which aggregates climate action outside of the federal government.

This progress is happening at the city level because mayors are increasingly working together and learning from each other. Leading the way forward is a visionary program that gathers 25 ambitious American cities—from Atlanta to Albuquerque; Columbus to Los Angeles—that are committed to accelerating bold ways to cut their carbon footprints.

The program, the Bloomberg Philanthropies American Cities Climate Challenge, supports cities in their work to develop innovative policies that set and surpass ambitious climate goals by ramping up action in the two highest-emitting sectors in cities: transportation and buildings. It was launched two years ago by Bloomberg Philanthropies, in partnership with NRDC, the NRDC Action Fund, and a host of other groups working to advance the swift climate action we need.

The Climate Challenge facilitates the kind of partnership, support, and cooperation that city leaders can rely on as they develop climate strategies and spur innovation that can drive real, enduring change. These leaders are learning what works and what doesn’t, and sharing those experiences with colleagues and peers.

It’s critical work. The science tells us we’ve got to cut the carbon pollution that comes from burning fossil fuels roughly in half by 2030, and eliminate or offset the rest by 2050, to avoid the worst impacts of climate change.

Cities are key to that effort. More than 80 percent of Americans live in cities or suburbs. As centers of commerce, culture, and transportation, cities account for some 75 percent of the global carbon footprint. 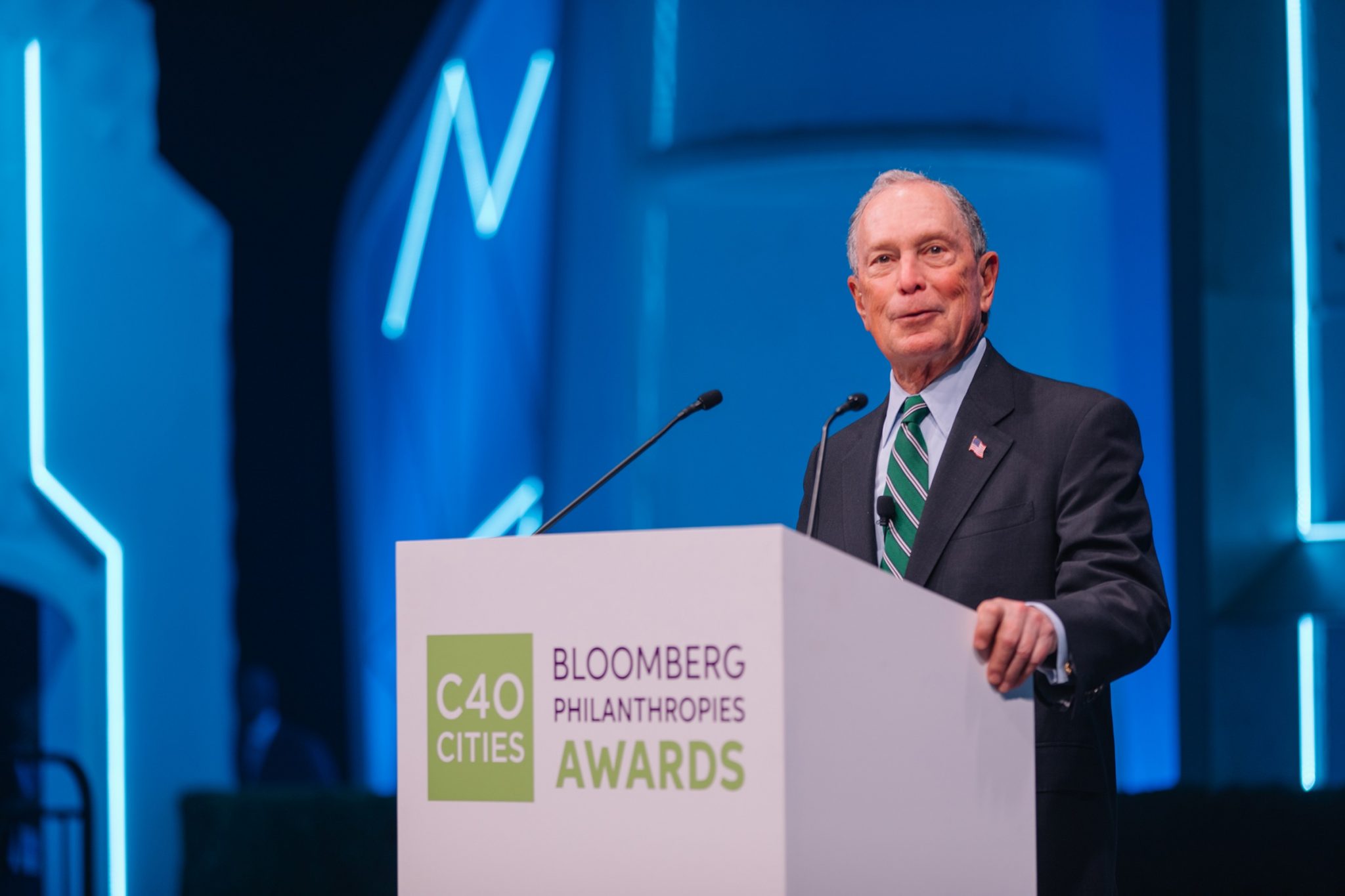 However, as the America’s Pledge report makes clear, national action to fight climate change is sorely needed to carry us over the finish line. Therefore, we have to do everything in our power to elect Joe Biden and other climate leaders this November, so we can hit the ground running in 2021.

But no matter the outcome of this election, we must keep up the momentum from city halls and communities because this is exactly how every big leap forward that I’ve ever seen in our country has started. Real change starts at the local level, and eventually the feds catch up once it’s already taking off!

Sure, President Trump took office vowing to put fossil fuel profits first, even as our families and communities suffer the rising costs and mounting dangers of the climate crisis. He’s tried to roll back commonsense measures that help us clean up our dirty cars, trucks, and power plants and undermine laws that protect us all from climate hazard and harm, and he’s withdrawn U.S. participation in the landmark 2015 Paris climate agreement.

But the tide is against him. Since Trump took office, nearly 4,000 U.S. mayors, governors, faith leaders, executives, and others—which together represent 160 million people and $9.5 trillion in annual economic activity across all 50 states—have pledged to do their part to help the country meet the Paris commitments.

For cities, that work has become more important than ever.

It means making buildings, offices, and homes healthier and more efficient, so we can do more with less energy—a goal the city of St. Louis advanced last spring by adopting standards for steadily improving energy efficiency in large buildings by 2025. That saves money for residents and local governments alike.

Next, cities are getting more and more of their energy from clean, renewable sources like the wind and sun. In June, the city of Orlando hosted a solar co-op, where residents could gather—virtually, of course—to learn the ins and outs of solar power and purchase a system at a group discount. It’s part of the city’s efforts to get 100 percent of its electricity from renewable sources by 2050.

At the same time, because transportation is the leading source of carbon pollution in the United States, cities are also working to strengthen and clean up their transportation choices, providing people with more sustainable options for getting around. In May of this year, residents of Hamilton County (considered greater Cincinnati) voted to pass a transit ballot measure that will create new, faster bus routes and fund necessary fixes to roads and bridges.

And in February of this year, Portland, Oregon, adopted the Rose Lane Project to accelerate bus-only lanes citywide, making this clean transportation option more convenient and affordable, and providing access to tens of thousands of new jobs. They’re joining cities all across the country, from Honolulu and Minneapolis to Philadelphia and Washington, D.C., that are painting red bus-only lanes to give priority street space to clean modes of travel and save transit agencies money in the process. Meanwhile, San Jose, California, is building out 17 miles of protected bike lanes for people of all ages and abilities in its downtown area and about 500 miles of bike lanes citywide.

These are just a few examples of how cities are working to cut their contribution to the pollution that puts their own residents in danger—from rising seas and raging storms that threaten lives and property and heat waves that put seniors, children, and outdoor workers at risk to more intense and frequent wildfires that pose threats to public health and so much more.

These investments also save cities—and residents—money.

City budgets are tight and getting tighter as the pandemic recession slashes income from tourism, sales taxes, and other revenue sources. As these revenue shortfalls force officials to cut spending, every dollar saved on energy costs in city buildings is a dollar that can help keep city employees on the job, providing essential health, safety, and social services.

These are the investments we need to be making to give our children the future they deserve. The clean energy and transportation solutions the Climate Challenge is helping to advance in cities across the country will help get our economy humming again, create jobs, and make our world a healthier, more hopeful place to live. But to succeed, these solutions must be centered in equity and justice.

Because of historically racist local zoning policies and practices, power plants, factories, refineries, incinerators, and other sources of air pollution that can aggravate heart and lung disease are more likely to be located in Black, Latino, and low-income neighborhoods. It’s one reason why Black people are more than twice as likely as white people to die from the coronavirus.

On top of that, energy costs take the largest share of the paycheck from low-income communities. These same communities suffer from sickness and discomfort when they live in homes that aren’t properly insulated; when moist air breeds mold; and when they have to choose between heating, cooling, and lighting their homes or putting healthy food on the table. That’s why our cities must invest in energy efficiency policies that reduce the financial burden on low-income families, contribute to better health, and improve the comfort of their homes.

So to fight climate change, we must advance racial equity in our cities—we must build cities where your zip code doesn’t determine your air quality. And city officials must work with local partners to electrify housing and expand clean transportation in the communities that need these investments most.

Collaborative, people-centered policymaking has to be at the core of climate action. Through the partnerships, cooperation, and support it provides, the Bloomberg Philanthropies American Cities Climate Challenge is committed to helping cities provide a healthier, more prosperous, more equitable, and more just future for their residents. NRDC is proud to be a part of this initiative and even prouder of the progress it will deliver.