NRDC Action Fund Sep 30, 2020
For the First Time Ever, Climate Change Gets Prime Time in a Presidential Debate
September 30, 2020 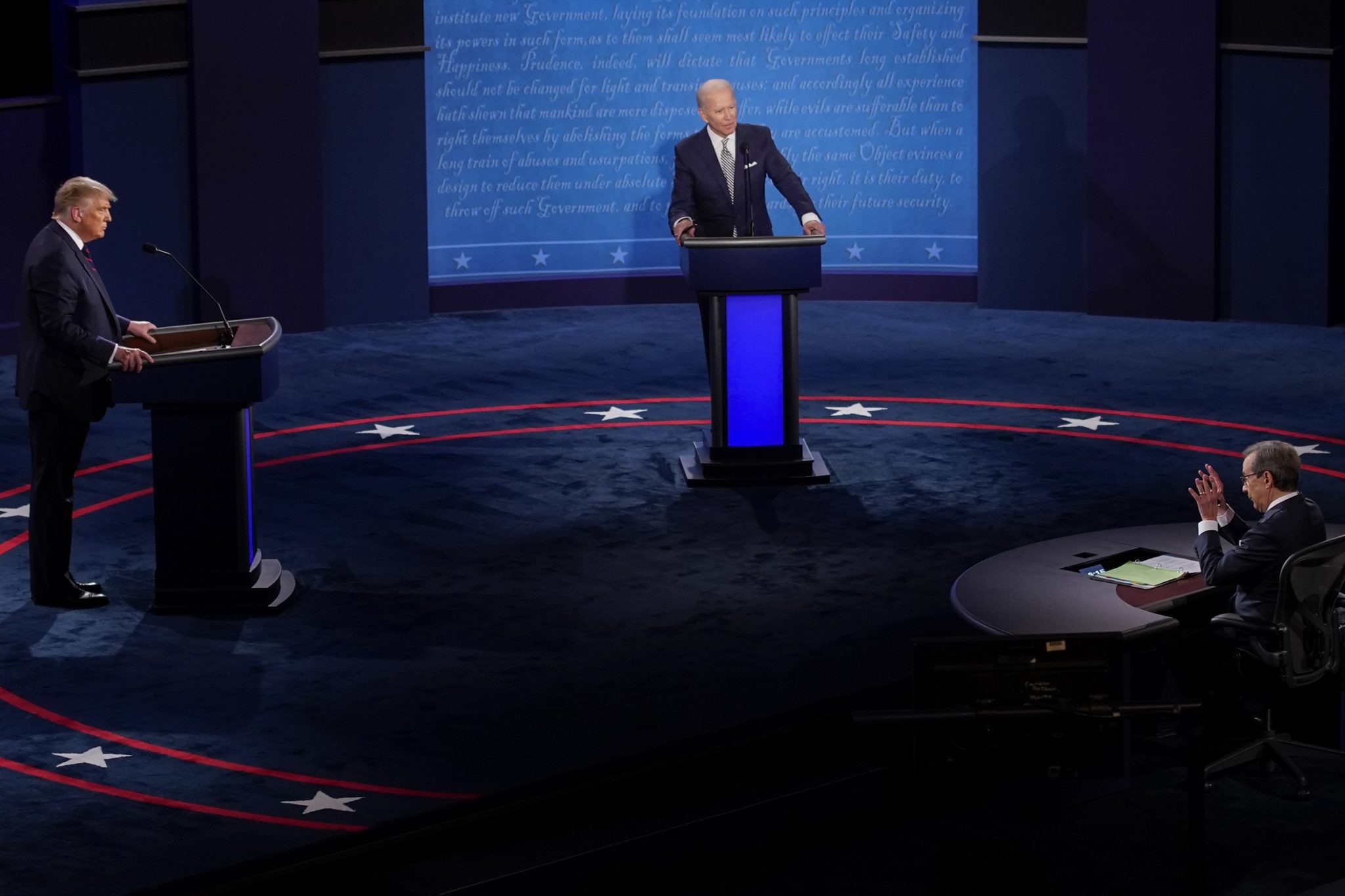 During a bleak night of insults and interruptions came a few important reminders (from Biden) about the climate crisis, COVID-19, and, ahem, democracy.

Last night’s face-off between former vice president Joe Biden and President Donald Trump may go down as America’s most chaotic and combative presidential debate ever. Both Biden and the moderator, Fox News host Chris Wallace, struggled to get a word in between the barrage of interruptions and outright lies coming from the incumbent president, whose lowest of already low moments included his refusal to condemn white supremacist groups, such as the Proud Boys, and even ominously addressing them with “stand back and stand by.”

But amid all the enraging, confusing, and downright depressing moments of the debate were some (brief) bright spots. They were easy to miss, so here’s a quick rundown.

The Climate Crisis Got Airtime

Climate change wasn’t listed among the topics for the night, but the issue unexpectedly popped up anyway (climate change is like that) after Wallace pointedly asked the candidates what they believed about the science of climate change.

Last night was the first time in the past 12 years—across more than 720 minutes of presidential and vice presidential debates—that a direct question on climate change was posed. The candidates spent the next 10 minutes discussing the topic.

While Trump responded with something about “immaculate air, immaculate water” (despite his administration’s dedication to dismantling the laws that curb air and water pollution), Biden took the opportunity to discuss various elements of his climate plan, the most ambitious ever put forth by a major U.S. presidential candidate.

As his plan lays out, Biden affirmed that investing in renewable power industries (such as wind and solar) and energy-efficient buildings can help build a thriving economy. “We can get to net-zero [emissions] in terms of energy production by 2035…creating millions of good-paying jobs,” Biden said. The former VP also championed clean cars, promising a fully electric federal fleet and half a million charging stations across the U.S. highway system.

In stark contrast with his opponent, who has rebuffed global action on the climate crisis, Biden says that if he is elected president, the United States will recommit to the Paris Agreement—one of the best shots for humanity to keep global temperature rise below 1.5 degrees Celsius.

The alternative? Keeping with business as usual—or going backward on carbon pollution, as Trump has done over the past four years—would be unimaginably expensive. “We spend billions of dollars now on floods, hurricanes, rising seas,” Biden said. “We’re in real trouble.”

Trump’s take on the topic of climate ranged from the bizarre—for instance, his claim that Dems want to “take out the cows”—to the dangerous, like refusing to acknowledge the role climate change is playing in the longer, more severe wildfire seasons that western states have been experiencing in recent decades (and right now). While scientists agree that a confluence of factors are at play, longer, hotter summers along with drier conditions are making the blazes more frequent and extreme.

The president also spouted some on-brand nonsense about clean cars. Defending his rollback of fuel-economy standards, Trump complained that newer, more efficient cars are expensive and have “computers all over the place.” Yet the U.S. Environmental Protection Agency estimates that, over the past eight years, the fuel-economy standards have spared the atmosphere 494 million metric tons of carbon pollution and saved drivers $106 billion at the pump—all while auto sales boomed.

Regardless of what Trump says on television about climate, cows, or computers, his anti-environmental record speaks for itself.

On the topic of COVID-19—which has so far killed more than 200,000 people in the country—Trump denied reports that he hid life-saving science from the public back in February, mocked mask wearing, and spouted outrageous lies, including a promise that a vaccine would be here in mere weeks. (The head of the Centers for Disease Control and Prevention estimates that an effective vaccine won’t likely be available to the public until the middle of next year.) In between interruptions, Biden laid out parts of his own plan to fight the pandemic, which includes supporting struggling businesses and providing funding for PPE so that schools and other essential services can reopen safely.

Perhaps most egregiously, President Trump continued to spread blatant lies about the validity of mail-in and absentee voting, both of which are essential to keeping voters safe and their voices heard this election. Members of the U.S. military have been voting absentee for decades, and certain states, like Colorado and much of the West, have successfully used mail-in ballots in several past elections.

While looking straight into the camera to address the American public, Biden reassured voters that mail-in ballots during the pandemic are a safe and secure way to participate in our democracy. (By the way, here are some guides to voting absentee and early and by mail.) And while Trump implied he wouldn’t concede a loss this election, threatening the peaceful transfer of power our country has always known, Biden ensured that “when the votes are counted—and they’re all counted—that will be accepted,” no matter who wins.

Regardless of what either candidate says, remember: The voters determine who goes to the White House and who stays there. So vote! (And do it early.)

"Show up and vote. YOU will determine the outcome of this election. Vote, vote, vote." — @JoeBiden #VOTE #Debates2020 #BidenHarris2020 pic.twitter.com/lu1nV0I8eW