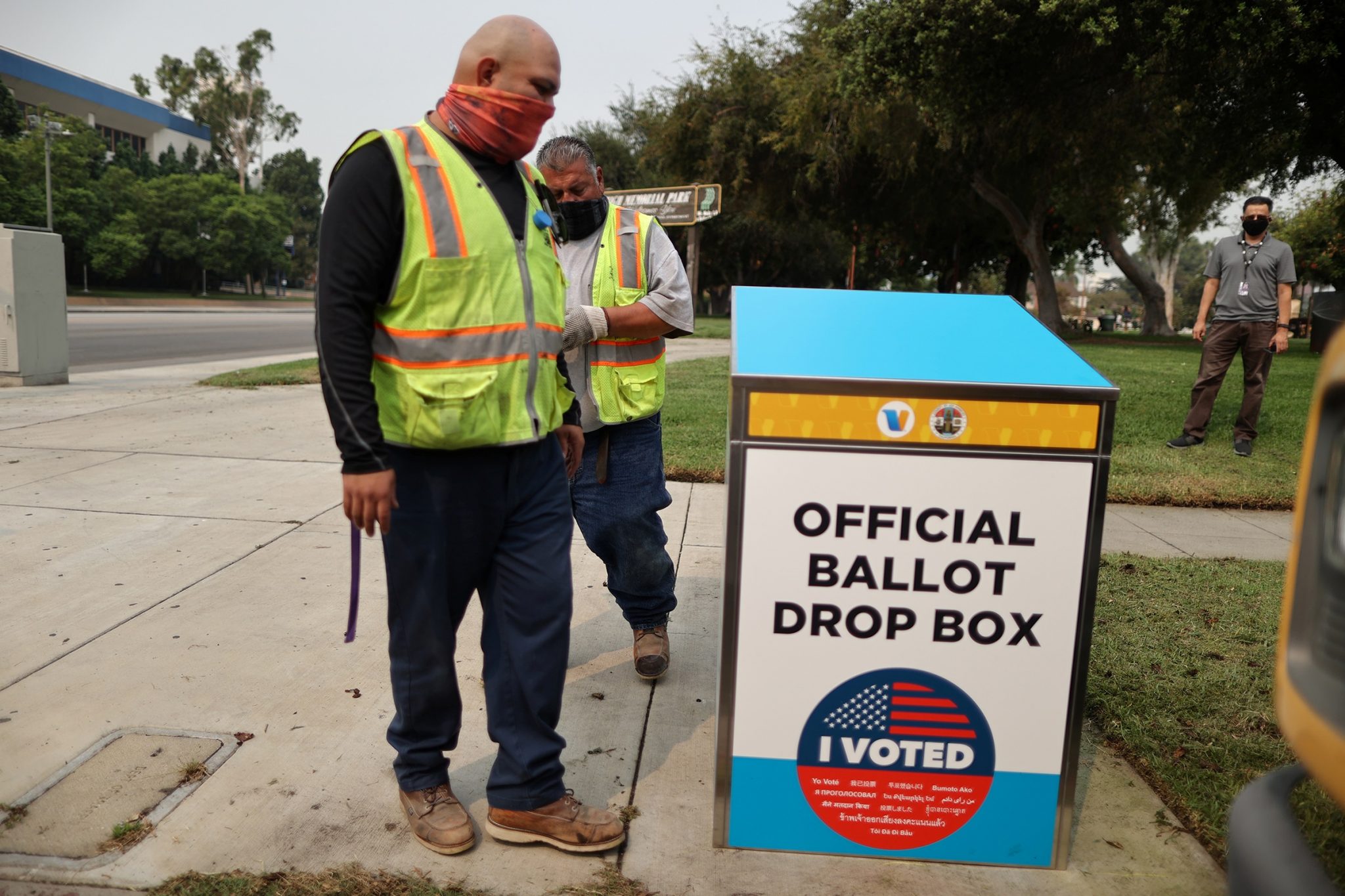 The Democrats at the top of the ticket are expecting a safe win in the Golden State—but much tighter races for California are happening further down the ballot.

A safe bet for the upcoming election? That the Biden/Harris ticket will win the state of California and walk away with its bonanza of 55 electoral votes.

After almost exclusively rewarding GOP presidential candidates from the early 1950s to the late ’80s, California’s political winds shifted in 1992 and the state became one of the most reliable pickups in the country for Democrats. That’s roughly the same time that the Golden State sent two long-serving Democratic senators, Dianne Feinstein and Barbara Boxer, to Washington, D.C. (Feinstein is still there; Boxer was succeeded in 2017 by current Democratic vice presidential candidate Kamala Harris.) Democrats currently hold the governorship as well as veto-proof majorities in both houses of the state legislature—which they’ve controlled for half a century, save for two years in the 1990s.

Even so, politics in California can be volatile. Californians love to put issues to a vote in the form of ballot initiatives and propositions—which are fought over intensely, with competing interests spending hundreds of millions of dollars on them every election cycle. In the upcoming election alone, there are a dozen statewide ballot measures asking voters to decide on issues ranging from affirmative action to commercial property taxes to voting age requirements. In addition, dozens of local measures are on ballots across the state, making for a lot of boxes to check.

In response to the COVID-19 pandemic, Governor Gavin Newsom ordered mail-in ballots for the 2020 election to be sent to all registered voters in California to minimize long lines on election day and make voting as safe as possible. Though it’s likely we’ll know which presidential ticket won California by the evening of November 3, the outcome of other races and initiatives may take a while: The state will be counting ballots for weeks afterward. Patience will be key—this is democracy at work!

U.S. senators: Dianne Feinstein (Democrat) and Kamala Harris (Democrat)
Is either senator up for re-election in 2020? No.

Current delegation to U.S. House of Representatives: 53 (45 Democrats, 7 Republicans, 1 vacancy)
Seats up for election this November: 53

Governor: Gavin Newsom (Democrat, elected in 2019)
Is Newsom up for re-election? No 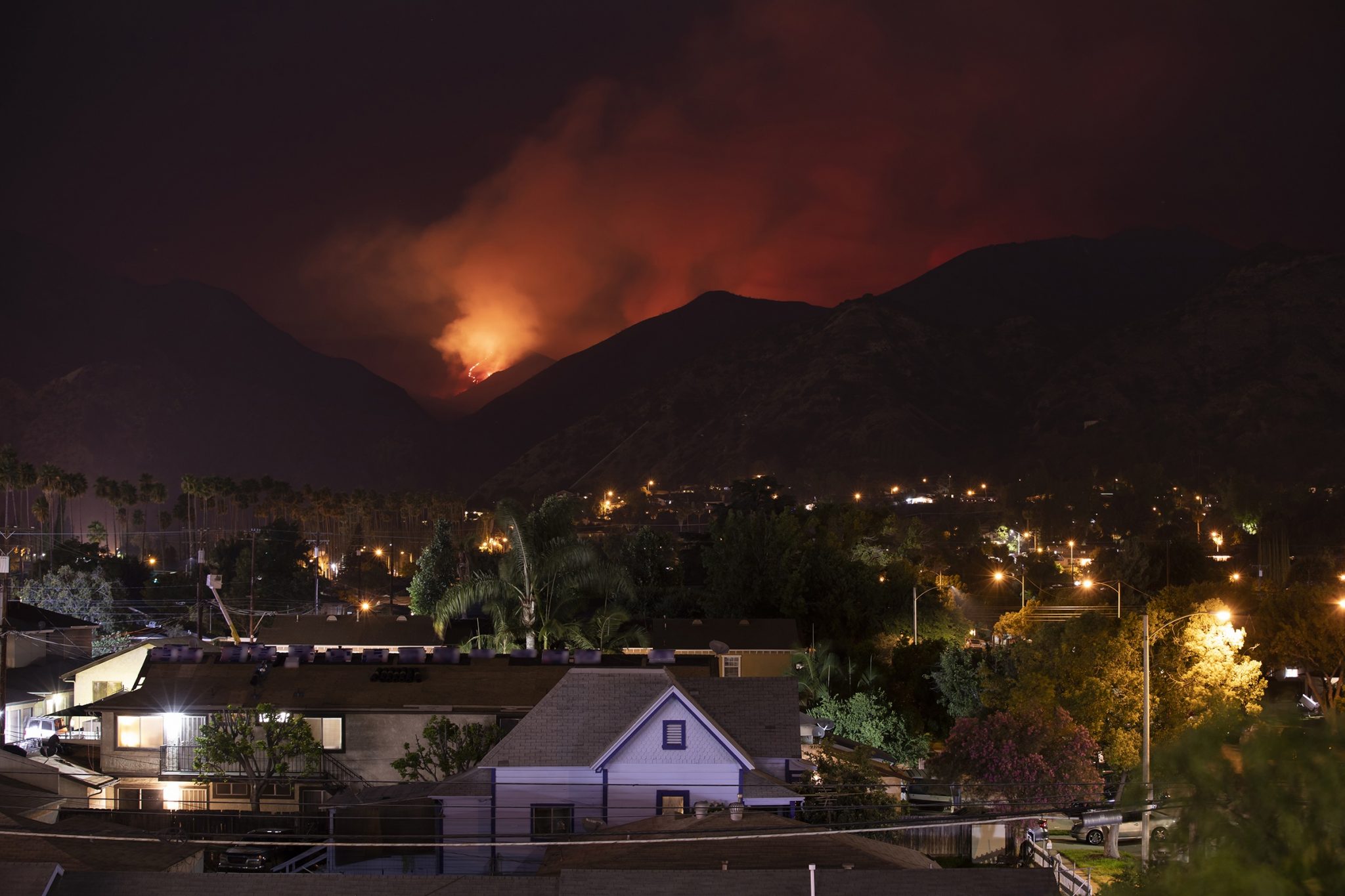 Social Justice and The Environment on the Ballot

Environmental issues loom large in the consciousness of most Californians. This is a state that languished for decades in a miasma of choking smog, only to turn things around in the 1960s by instituting the first tailpipe emissions standards in the country and becoming the nation’s undisputed leader in promoting clean transportation. It’s the state that responded to the horror of a massive 1969 oil spill off its coastline with a positive energy that helped spark the modern environmental movement as we know it. As power plant pollution and climate change affect lower-income communities and communities of color more forcefully than other populations, California has vowed to get 100 percent of its electricity from carbon-free sources by 2045, with at least 60 percent of it coming from renewables by 2030. Most recently, Governor Newsom pledged that all new cars and trucks sold in California achieve zero emissions by 2035 and 2045, respectively.

This year’s devastating wildfire season—the most destructive in the state’s history—is just the latest in a 10-year stretch of wildfire seasons that have shattered all previous records. Californians don’t just think, talk, and worry about climate change: They live in it, year after year.

As a result, the environment looms large in California politics too. This year, in addition to the choice between Trump, a presidential candidate who has called climate change a hoax, and Biden, a presidential candidate who promises to spend $2 trillion fighting it, decisions made on California ballots will also affect other environmental and justice issues, including racial equity, public funding of projects and services, and even the act of voting itself.

Vote “Yes” on These Ballot Measures

Proposition 15: This would close commercial property tax loopholes in order to get businesses to pay their fair share, raising an estimated $12 billion for cities and counties, K–12 education, and community colleges.

Proposition 16: This would restore race, gender, ethnicity, and national origin as considerations in the admissions, hiring, and contracting decisions of public entities.

Proposition 18: This would amend California’s constitution to allow 17-year-olds who turn 18 before general elections to vote in earlier primary and special elections—giving young people a greater say in choosing leaders who will protect their futures and champion bold environmental policies.

Vote “No” on This Ballot Measure

Proposition 22: This would define app-based drivers and other gig-economy workers as independent contractors, denying them basic workplace protections like paid sick leave, minimum wage, and overtime pay. Uber and Lyft have vowed to spend $110 million to pass the proposition. If it passes, it would unfairly place the burden of shifting California’s fleet toward electric vehicles—a must, if the state is to meet its current emissions goals—onto lower-income workers instead of the wealthy companies for whom they work (namely, Uber and Lyft).

The future of California—and the country—is in your hands. Find the way to vote that works best for you, and then DO IT!