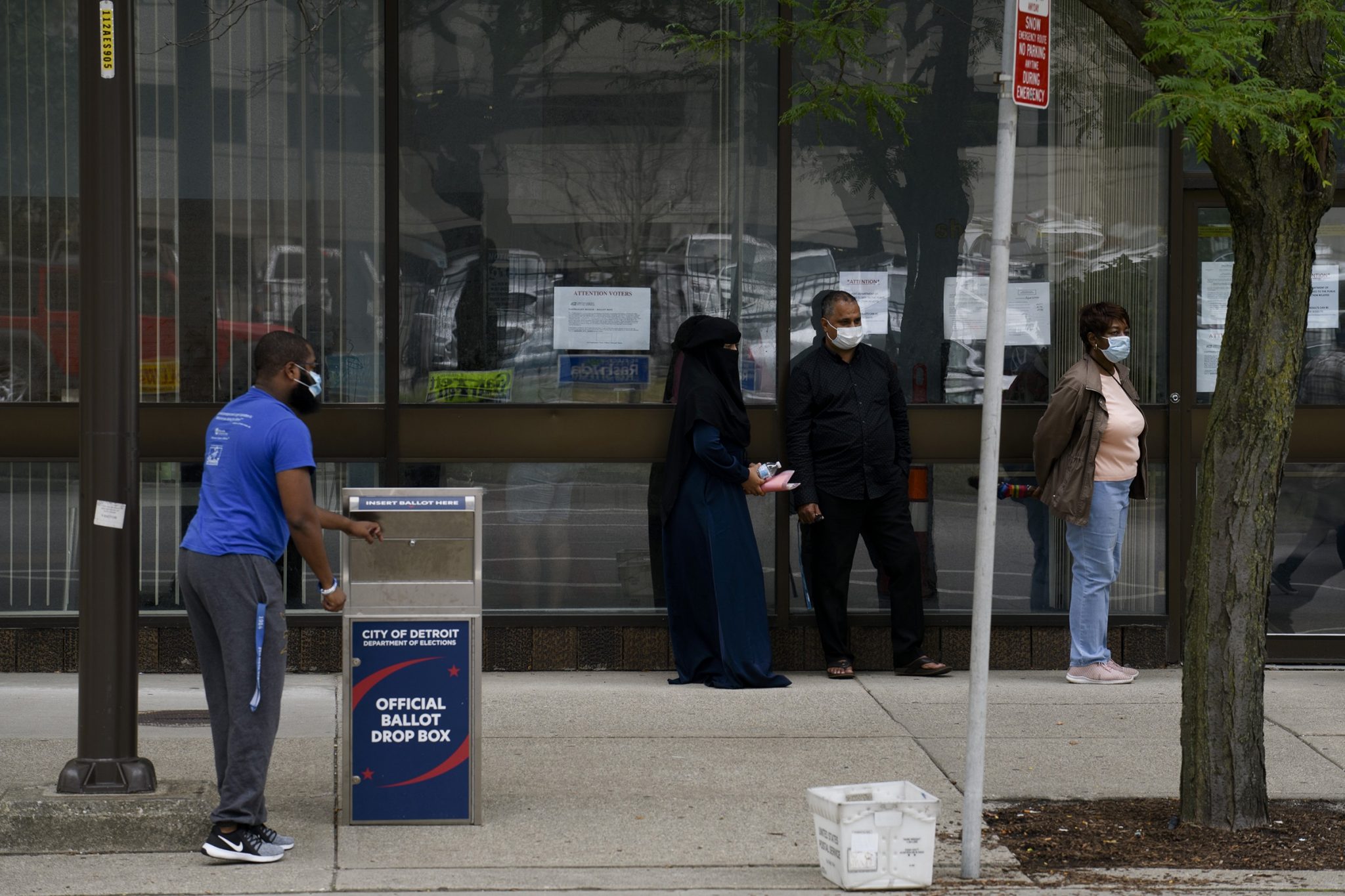 Contaminated drinking water has been a huge issue for the people of Michigan for years—first with Flint’s infamous lead crisis and then with the discovery of toxic PFAS in the water supplies of 1.5 million people at 30 different sites across the state. PFAS are a class of synthetic chemicals with industrial and military uses, such as the manufacture of Teflon and firefighting foams. Dubbed “forever chemicals,” they can stick around in the environment for centuries. U.S. Senator Gary Peters, a Democrat, has been pushing the federal government to deal with the PFAS problem, and U.S. Representative Debbie Dingell sponsored and passed a House bill to establish a federal limit for PFAS in drinking water. Earlier this year, President Donald Trump threatened to veto that bill—a move many Michiganders will undoubtedly remember when casting their vote this November.

Trump won Michigan in 2016 by just 10,704 votes. With 4.8 million votes cast, this was a margin of 0.2 percent—the narrowest of any state in the union for that election. But the Democratic party bounced back in the 2018 midterms, when voters handily reelected Senator Debbie Stabenow and gubernatorial candidate Gretchen Whitmer beat her Republican opponent by a whopping 10 percentage points. Michigan’s voters also flipped two congressional districts in 2018 that had been held by the GOP for many years.

Since 2016, analysts and political scientists have debated the reasons behind Trump’s victory in a state that had gone for the Democratic presidential candidate in every election since 1992. While some believed the turn represented the end of the decades-old “lock” Democrats had on union, working-class white, and Black votes, others now point to Joe Biden’s consistent lead in Michigan’s polls as proof that this historic coalition has basically held.

But Biden’s lead isn’t large enough to quell fears among Democrats that Michigan could once again surprise the nation and deliver its 16 electoral votes elsewhere. Either way, with the pandemic-fueled influx of mail-in ballots this year and Michigan state law prohibiting the counting of votes until Election Day, the country may have to wait a few days (or even weeks) to find out who the Wolverine State chooses this time around. Patience will be key—this is democracy at work!

Registering to Vote in Michigan

Eligible voters in Michigan can register to vote in the following ways through October 19:

As of September 24, registered Michigan voters can start casting their absentee ballots in person. Simply return your completed, sealed, and signed ballot to your city or township clerk any time between now and 8 p.m. on Election Day. (Note: Clerks’ offices are required to be open for at least eight hours on the weekend before the election.) See below on how to apply for an absentee ballot.

Polls will be open in Michigan on Election Day from 7 a.m. to 8.p.m. Any voter who is in line by 8 p.m. can still vote. This is your right.

Number of U.S. House of Representatives seats up for election this November: 14

Governor: Gretchen Whitmer (Democrat, elected in 2014)
Is Whitmer up for re-election? No.

On Michigan’s ballot this November is a proposal to free up more funding for the renovation, maintenance, and operations of state parks and to remove a cap on the size of Michigan’s natural resources trust fund. Vote yes on “Michigan Proposal 1, the Use of State and Local Park Funds Amendment.”

Over the past five years, Michigan’s biggest environmental issue has been the lead crisis plaguing the city of Flint. In 2014, a decision by cost-cutting local officials led to mass exposure to high levels of the neurotoxin in the city’s water supply. While there is no safe level of exposure to lead, it is especially harmful to children, 9,000 of whom had been drinking, bathing in, and eating foods cooked with the contaminated water. The vast majority of those affected in this city of more than 100,000 were working-class or low-income people of color. The crisis made headlines worldwide and revealed shocking inequities in how America provides essential services and responds to public health emergencies. 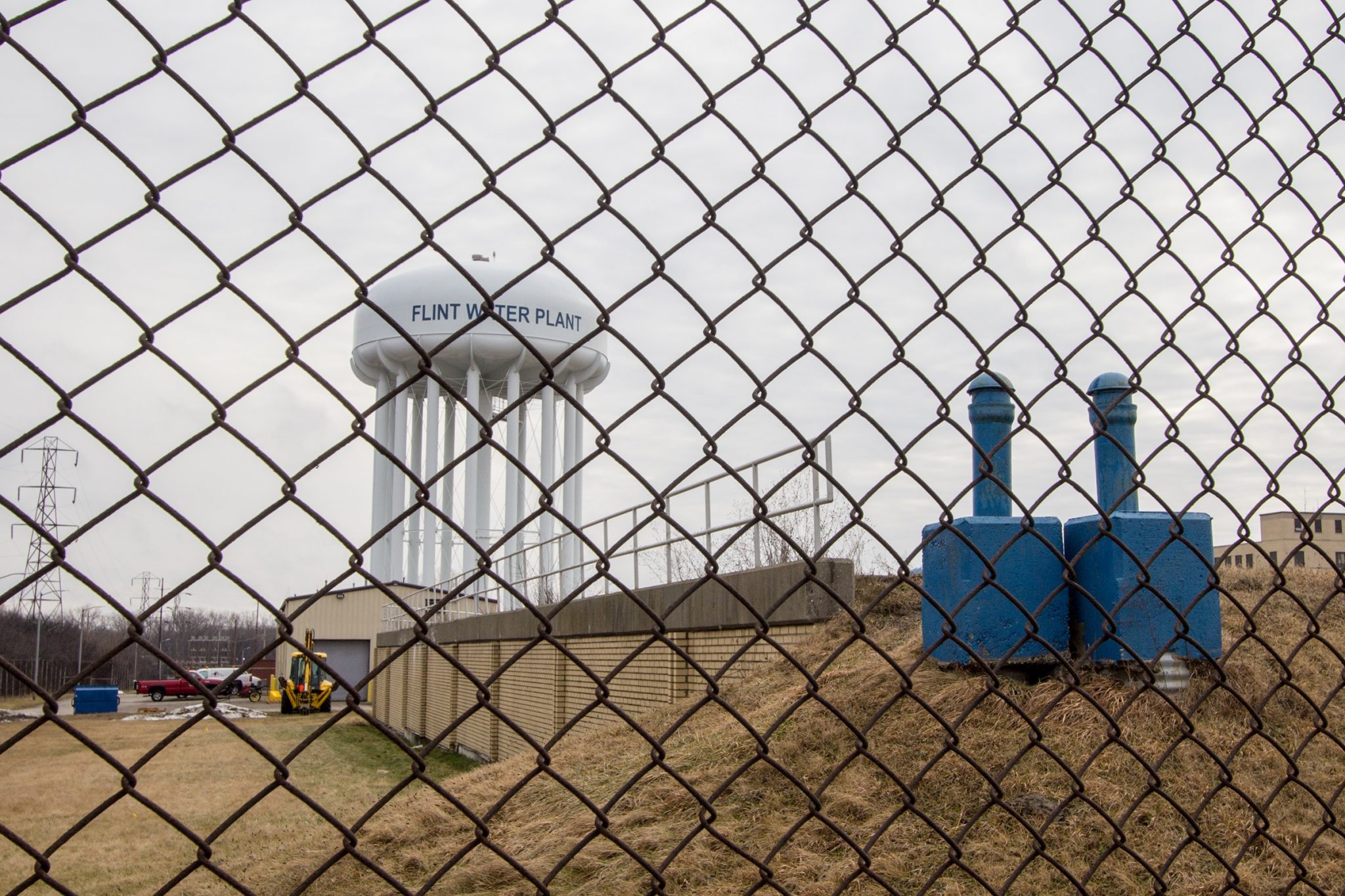 In late September, when Democratic vice-presidential nominee Kamala Harris visited Flint and Detroit, she emphasized Joe Biden’s $2 trillion plan for tackling climate change by boosting clean energy and improving infrastructure, including water infrastructure. Given that the price tag for updating the state’s outdated water systems is well north of $100 million, the message almost certainly resonated in both cities. Michigan voters may also welcome Biden’s call for creating millions of new jobs rooted in these upgrades and improvements—including more than a million in the automotive industry, of which Michigan is still the nation’s capital.

Michigan—”the Great Lakes State”—is the only state that borders four of the five Great Lakes, and their importance to Michigan’s identity and economy can’t be overstated. Three consecutive budgets proposed by the Trump administration called for defunding the Great Lakes Restoration Initiative—a preservation program that enjoys wide bipartisan support in the state, and the entire region—by hundreds of millions of dollars, effectively gutting the initiative altogether. Though the president has ultimately been unsuccessful, Michigan residents and lawmakers have every reason to suspect that those storm clouds would reappear if Trump got a second term.

Among the candidates up for re-election is U.S. Representative Tim Walberg, a Republican from the state’s Seventh District, who has said that if climate change is, in fact, “a real problem,” then a “God who is much bigger than us…can take care of it.” (Way to pass the buck, Tim.) Running against Walberg is Gretchen Driskell, the former mayor of Saline, Michigan, and a vocal supporter of investing more in clean energy and energy efficiency.

Between now and November 3, the people of Michigan will determine the outcomes of these issues—and many, many more. Vote!