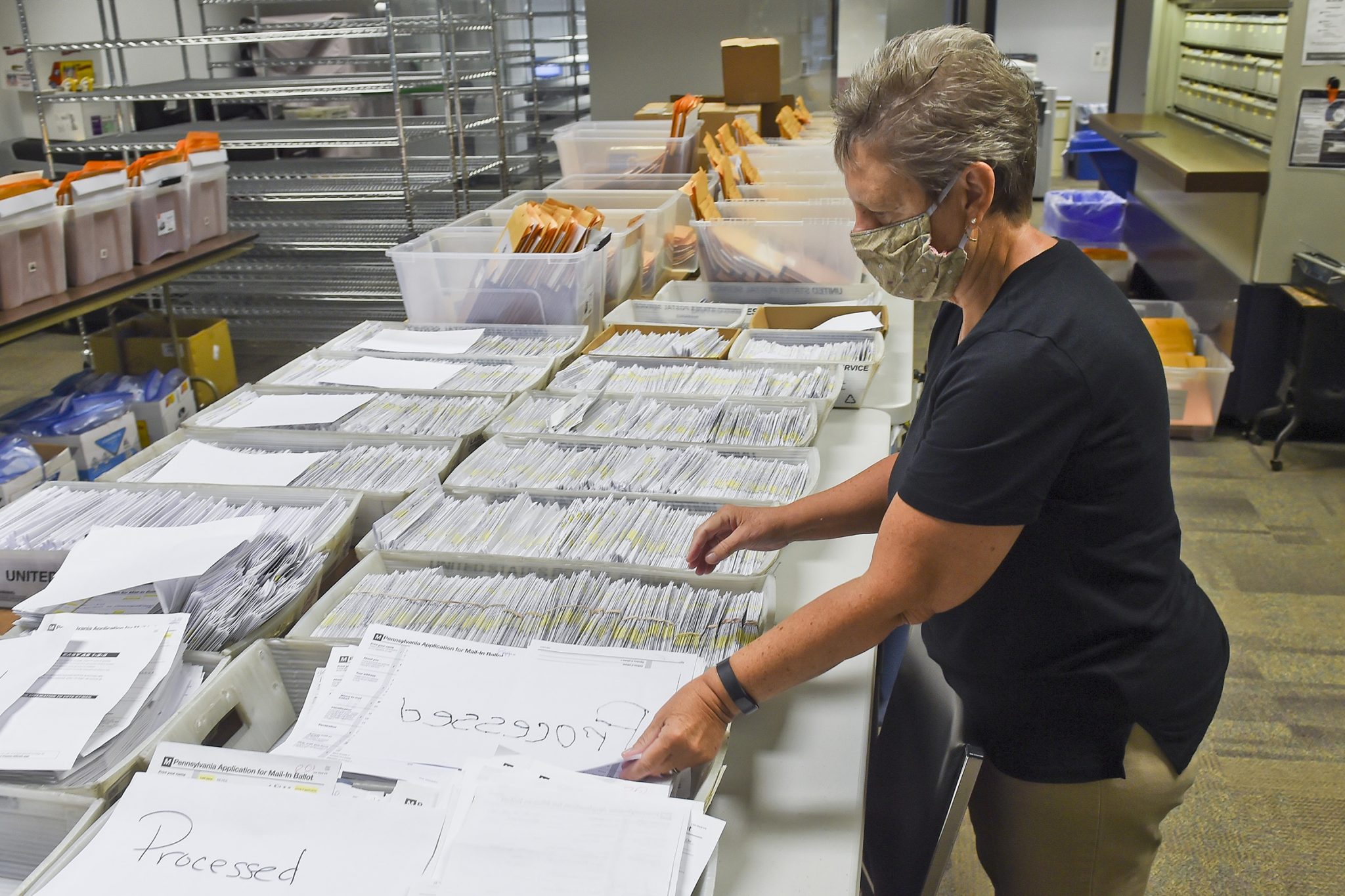 In a state that elects Republicans and Democrats in more or less equal measure, every vote counts—and every vote is hard-won.

It’s little wonder presidential candidates fight so hard to win over Pennsylvania’s 20 electoral votes: With the double-sided political identity of its population, the Keystone State can go either way in a close election. Since 1972, Pennsylvanians have voted for the Democratic presidential nominee seven times and the Republican nominee five times; over this same period, the state’s voters have elected four Democratic governors and four Republican governors. In keeping with its even-stephen approach to representation, the commonwealth’s 18-member delegation to the U.S. House of Representatives is currently made up of nine Republicans and nine Democrats, and—you guessed it—one U.S. senator each from both parties.

With just 71 percent of the state’s 8.7 million registered voters taking part in the 2016 election, Donald Trump won Pennsylvania by fewer than 45,000 votes. Will it swing again for Scranton-born-and-bred Joe Biden, a former U.S. vice president and senator from neighboring Delaware? Recent polls show Biden is up—but not by much. At the moment, all signs are pointing to yet another nail-biter—a race whose winner may not be known immediately since Pennsylvania state law dictates that the counting of ballots cannot commence until Election Day. With a massive influx of mail-in ballots this election, the state will need time to sort through and count every vote. Patience will be key—this is democracy at work!

Dates You Need to Know

September 14: Pennsylvania begins early in-person absentee voting. As of this date, registered voters can go to their county election offices, ask for a mail-in ballot, complete it, and hand it back in its sealed, signed envelope to the county official who gave it to them. Voters can also return their completed mail-in ballots to authorized, secure drop boxes located in their counties.

October 19: Last day to register to vote in Pennsylvania.

October 27: Deadline for applying for a mail-in or absentee ballot (but really, don’t wait this long!).

November 3, ELECTION DAY: Polls in Pennsylvania will be open from 7 a.m. to 8 p.m. If you are still in line when the polls close, you are still allowed to vote. This is your right.

U.S. senators: Bob Casey Jr. (Democrat) and Pat Toomey (Republican)
Is either U.S. senator up for re-election in 2020? No.

Number of U.S. House of Representatives seats up for election this November: 18

Governor: Tom Wolf (Democrat, elected in 2014)
Is Wolf up for re-election? No.

Pennsylvania embodies the dramatic shift that has taken place in the country’s energy sector over the last two decades. In 2005, more than half of the electricity produced in the state came from coal—no surprise, given that coal mining has been a mainstay of Pennsylvania’s economy for 200 years.

But coal’s dominance in the commonwealth is on the wane. By 2019, coal generation in Pennsylvania had plummeted to 17 percent, mainly due to the lower costs of fracked gas, increased energy efficiency, and the growth of renewables in the state’s energy portfolio. At the end of last year, Pennsylvania had the 11th-largest clean energy workforce in the country with nearly 94,000 jobs in the clean energy sector. Though it lost more than 18,000 of those jobs since the pandemic hit, the state is well positioned to come back strong—assuming the political winds blow its way.

November’s election has the potential to significantly affect the balance of power in the state’s General Assembly, and possibly even shift control from Republicans to Democrats. However things shake out, the lawmakers will be grappling with a number of important questions relating to Pennsylvania’s energy future right out of the gate.

Should the state join the Regional Greenhouse Gas Initiative (RGGI), the consortium of 10 northeastern states working to slash emissions from power plants and create new jobs in the emerging clean energy economy? Governor Wolf says yes; the GOP-led General Assembly says no (as it does to just about every proposal to advance renewable energy). Since 2009, the first year of this cap-and-trade program’s existence, CO2 emissions have fallen more than 35 percent across the RGGI region; over one three-year period (2012–2014), RGGI resulted in $1.3 billion in net economic benefits for participating states, including economic growth, increased jobs, and electricity cost reductions.

Also, what should a just transition to support our coal workers look like? Isn’t it well past time to improve Pennsylvania’s outdated renewable energy standards and energy efficiency portfolio? And what’s the future of fracking here when most recent polls show that the majority of residents oppose it?

The answers to these questions may very well depend on what you and your fellow Pennsylvanians do this November.

Both Kamala Harris and Mike Pence made big statements Wednesday night on everything from fracking to climate change. Some…

During a bleak night of insults and interruptions came a few important reminders (from Biden) about the climate crisis,…