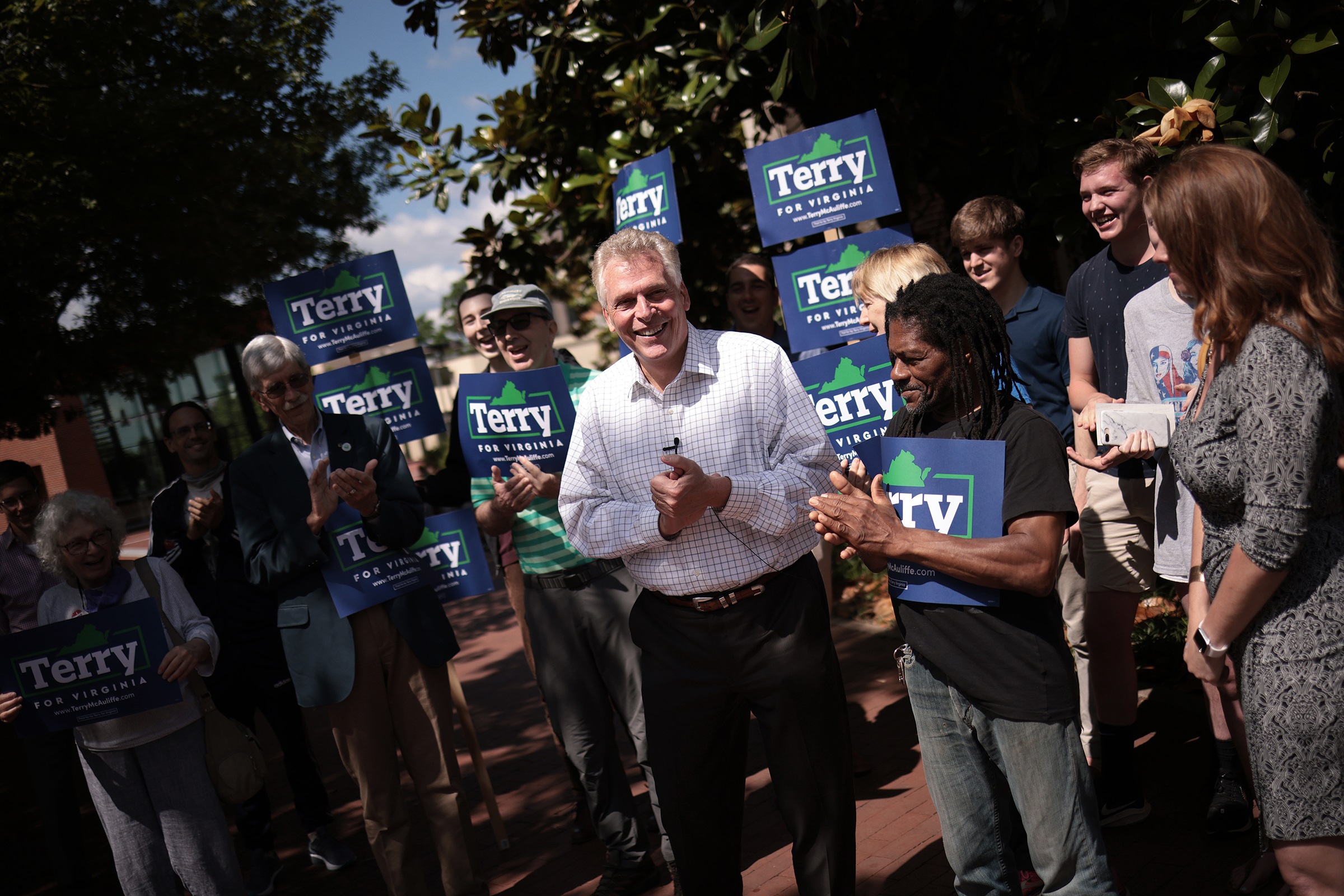 McAuliffe is the environmental and public health champion that the Commonwealth needs right now.

The NRDC Action Fund, a national environmental advocacy organization, announced today its endorsement of Terry McAuliffe for Virginia governor. McAuliffe—who is running for a second term after four years away from office, a requirement under Virginia law—won the highly anticipated Democratic primary last week against other strong, climate-focused candidates, such as Jennifer Carroll Foy and Jennifer McClellan, with 62 percent of the vote.

“I am proud to have the endorsement of the NRDC Action Fund and look forward to working with them to move Virginia forward,” said McAuliffe.

As governor from 2014 to 2018, McAuliffe appointed the state’s first chief resilience officer and secured a $120 million grant from the U.S. Housing and Urban Development to mitigate flooding in two flood-prone neighborhoods in Norfolk. He also expanded solar energy production nearly 8,000 percent throughout his term and grew solar jobs by 65 percent in 2016.

“Clean energy is Virginia’s future,” said McAuliffe after his primary win. “It’s our path to creating good jobs and protecting our environment, and I have a plan to get us there by 2035. Extreme Republicans like Glenn Youngkin have held Virginia back from addressing the threat of climate change for years, putting our economy and our communities at risk.”

In line with President Biden’s climate goals, the plan aims to jolt the market for electric vehicles, build out public transit, provide funding for communities hardest hit by sea-level rise, and create clean energy jobs, among other priorities. “Now is the time to go big and bold and leverage federal dollars from the American Jobs Plan to move Virginia into a clean energy future,” said McAuliffe.

“McAuliffe’s vision for Virginia is a bold one,” said Kevin S. Curtis, NRDC Action Fund’s executive director. “It’s clear that he’s the pro-environment candidate, ready to fight to protect the health of Virginia’s residents, the wealth of the state’s natural resources, and the climate.”