This Midterm Election, Protecting the Climate Means Protecting Our Democracy 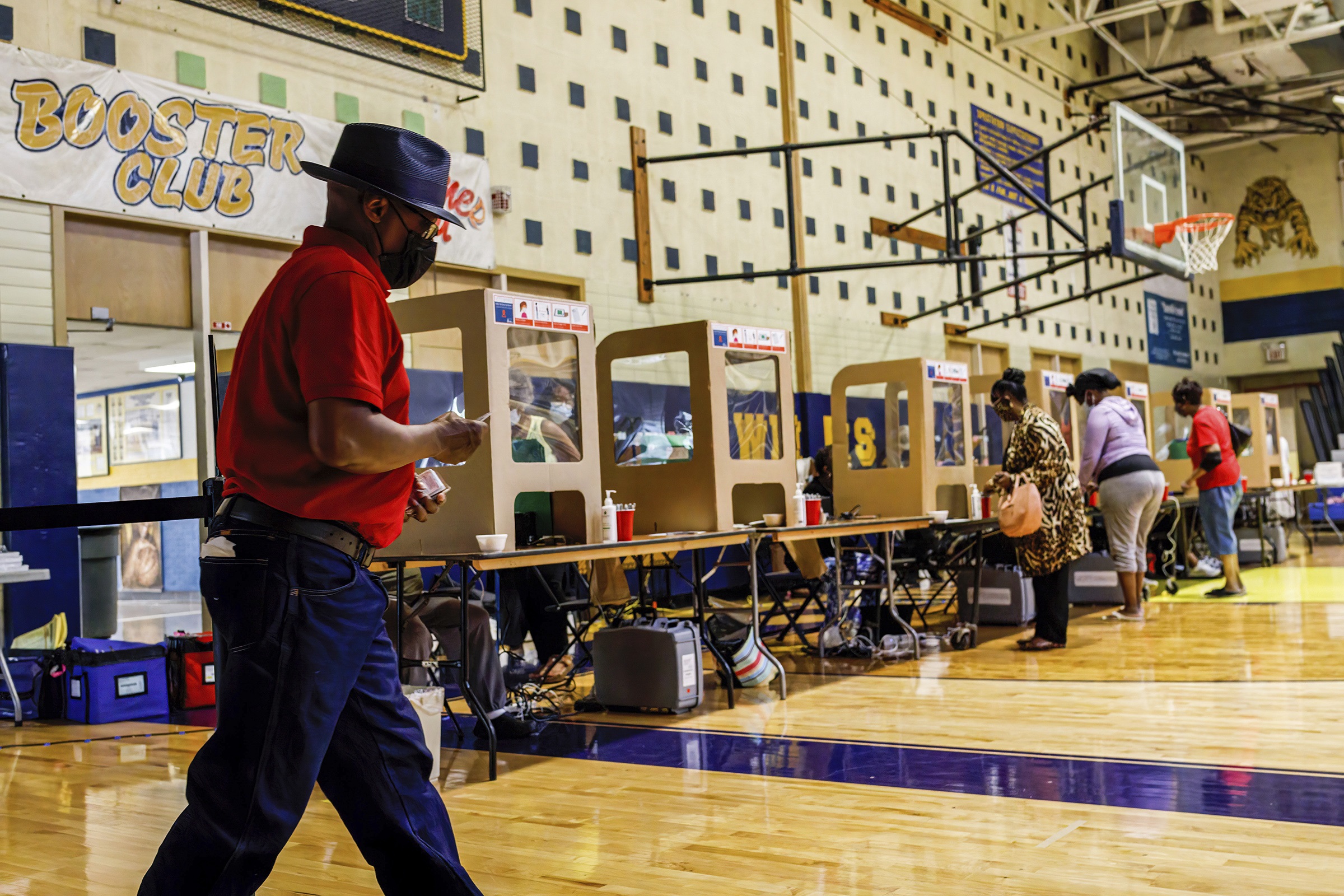 Threats to our democratic process undermine our ability to fight for climate action. Here’s what to know, and how you can help.

If you look at the recent climate wins coming out of Congress, including the historic Inflation Reduction Act and the Bipartisan Infrastructure Law, two things become clear. One: When we elect climate leaders, bold solutions become possible. And two: These bills needed every last congressional vote to cross the finish line.

Midterm elections could easily accelerate the progress we’ve made so far—or stop it in its tracks.

That’s why we have to educate ourselves about any efforts to compromise our electoral process, intentionally reduce voter turnout, and distort representation. Then we have to act. Here are five threats that the NRDC Action Fund is watching carefully—and how you can work to combat them this election cycle.

In the last two years, a wave of anti-voting legislation has been introduced and passed that makes it intentionally harder to cast your ballot. Most of these policies allege to reduce voter fraud (an exceedingly rare occurrence), but in practice, they reduce voter turnout by expanding voter identification requirements, eliminating Election Day registration, and limiting access to absentee ballots.

These laws disproportionately disenfranchise communities of color. Beyond being both immoral and unconstitutional, they are also a problem for climate action. People of color are more likely to care about climate change than their white counterparts, in part because they tend to be on the frontlines of environmental injustice.

Did you know that if you’re still in line when polls are scheduled to close, you have the right to stay in line and vote? And that if you’re told you are not on the list of registered voters but should be, you are entitled to a provisional ballot? Knowing your fundamental rights as a voter matters because every vote matters. So make sure to brush up on those rights before you cast your ballot. If you face issues on Election Day, call the Election Protection Hotline at 1-866-OUR-VOTE.

It’s also important to note that multiple bills have been proposed to counter voter suppression, including the federal Freedom to Vote Act, but have been stymied by Republican filibusters. So the next time federal legislation to address voter suppression tactics is proposed, tell your elected officials to support it.

Research has shown that the more often a legislator votes against environmental policies, the more money he or she can expect to receive from the oil and gas industry. In the 2020 election cycle, fossil fuel interests spent hundreds of millions of dollars to help elect such political allies.

If we want to build a clean energy future, then we have to remove the grip that fossil fuel money has on our elected officials. That means scrutinizing representatives who accept polluter donations—and electing those who don’t.

Start by researching a candidate’s stance on fossil fuel donations. If you don’t find them listed there, then check to see if they’ve taken a pledge against such contributions. And if, for any reason, you are still unclear about where they stand, ask them directly by attending an in-person event, or calling or sending an e-mail to their campaign office. And while you’re at it, find out if they support campaign finance reform efforts that would make it more difficult for deep-pocketed donors and corporations to sway elections. Remember: They’re auditioning to represent you—which means you get to tell them how to earn your vote. 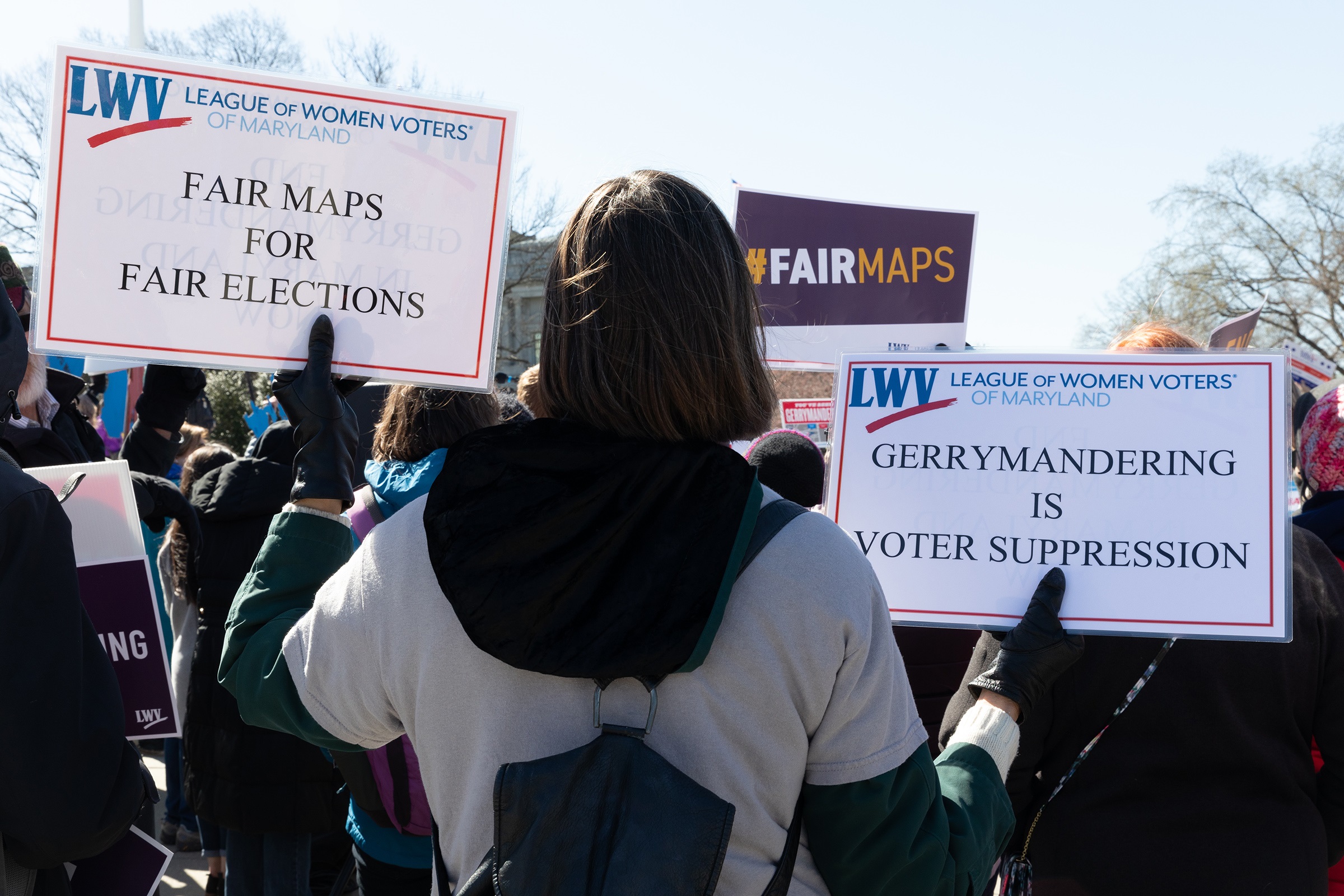 Every decade, following new census data, congressional and state legislative districts are redrawn to reflect changing demographics. This process helps ensure that each state is allotted the correct number of representatives and that the population of each district is relatively even. The process only becomes problematic when new maps are not drawn down geographic markers, but are instead drawn deliberately (and sometimes downright absurdly) with the intention of helping a political party more easily maintain control. The result is that blocs of similar voters can be diluted across districts so they always remain in the minority. Or they’re crammed together in a single district so that their influence is limited. It’s a long-standing practice called gerrymandering—and over time, it makes elections less competitive and their results, foregone conclusions.

By living in manipulated districts, residents (including those who intend to vote for climate candidates and may be most harmed by environmental injustice) are robbed of true representation and choice at the polls. In effect, gerrymandering allows elected officials to choose their voters—rather than voters choosing their elected officials.

Support organizations that specifically advocate against gerrymandering, like Fair Fight Action and the Brennan Center for Justice. They can keep you in the loop about related legislation, like the John Lewis Voting Rights Advancement Act, and how you can help. Ultimately, though, we’ll need fair redistricting processes led by independent citizen commissions to begin after the 2030 census. Those will likely be determined by state legislatures, so be sure to vote in lower-profile state races in the meantime.

A well-functioning democracy requires its voters to have access to accurate information about the state of their government and society. That’s why the rapid spread of misinformation, especially on social media, continues to undermine our electoral process and contribute to the rise of extremist ideologies.

Fossil fuel companies, other major polluters, and their allies have spent hundreds of millions of dollars to mislead the public on climate change. As a result, voters increasingly encounter seemingly fact-based posts that, say, breed doubt about climate science or falsely paint climate solutions as ineffective. Of course, the goal of that misinformation is to get people to vote accordingly, hurting our chances of electing climate leaders who are ready to address the serious climate issues we all face.

Climate misinformation gets viewed up to 1.36 million times every day on Facebook alone, so assume you’re coming across it. Learn to better spot misinformation online, and how to report it.

Increasingly, “election interference bills”—which open the door to partisan influence over how elections are run and how winners get decided—have become the new and scarier way to undermine democracy. Already, lawmakers in 27 states have proposed at least 148 such bills, which are predicated on unsubstantiated claims of widespread voter fraud and the false claim that the 2020 election was stolen. Some of these would work by installing partisan “oversight” of locally run election operations. Others give more money to politically appointed officials to ramp up the investigation and prosecution of “election crimes.” All could lead to the intimidation and manipulation of election officials.

In the same way that the climate crisis compounds all other crises, so, too, does a failing democracy. Without a strong, secure one—in which we can count on nonpartisan election operations and a population that trusts its election results—passing ambitious climate action becomes much harder.

You can urge your representatives to vote against any election interference legislation that’s been proposed in your home state, while supporting the organizations that are specifically fighting election threats. And you can vote in this midterm election and bring every registered voter you know with you. Protecting our democracy will take all of us.

Are you voter ready? Find out here.