What’s Up with This Year’s Virtual Democratic National Convention? 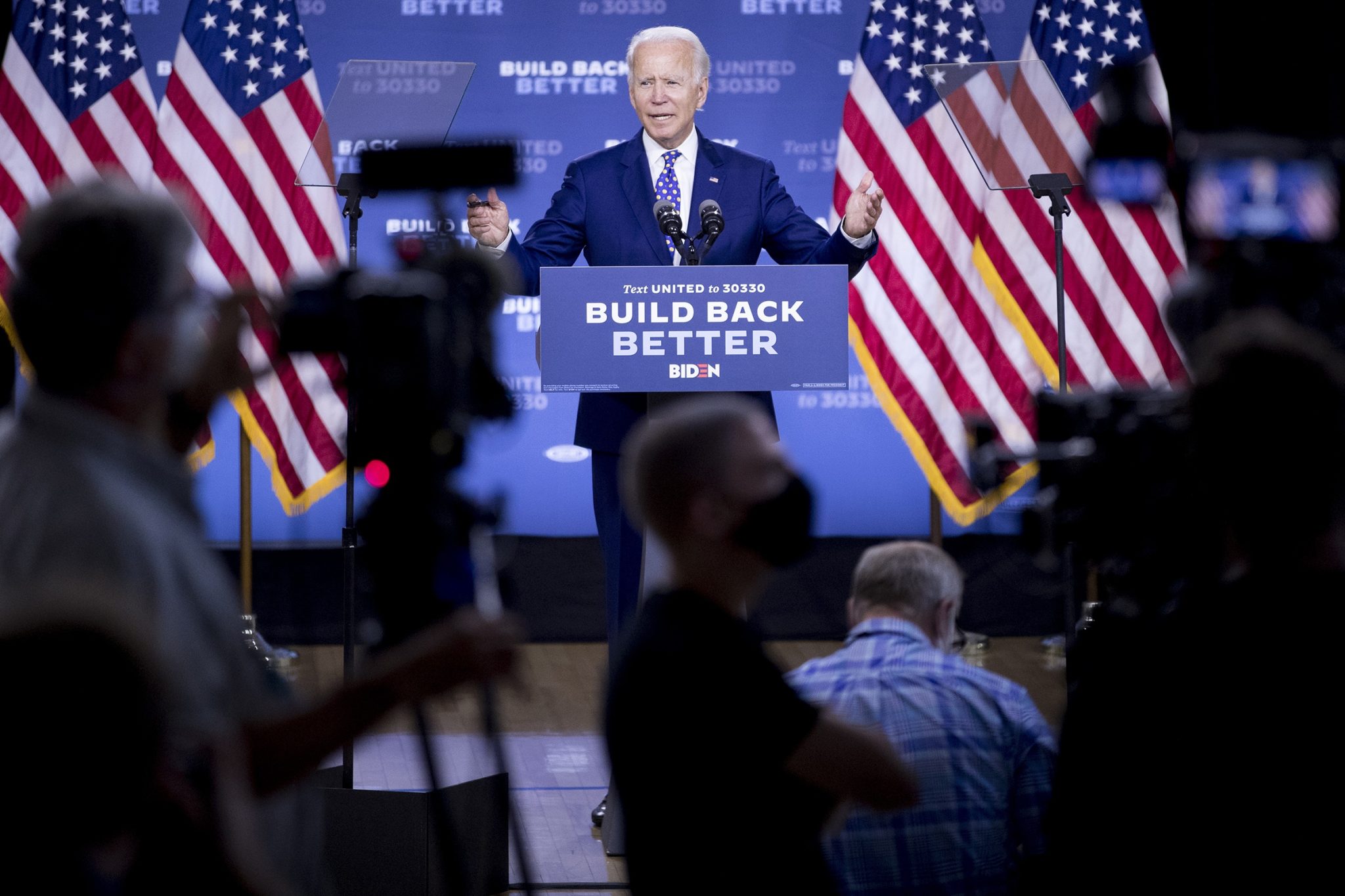 Everything’s on the line. Here’s what you need to know to tune in as Joe Biden and Kamala Harris make their case for a stronger, more just America.

This year’s Democratic National Convention—the official kickoff of the general election season—will look very different than in years past. While Milwaukee will be the convention’s physical host, the event itself is going virtual, due to concerns over COVID-19. So, while there may be fewer red, white, and blue signs, balloons, and funny hats this year, the atmosphere surrounding this moment is certainly no less intense.

DNC 2020 is taking place amid a confluence of domestic and global crises—the pandemic, a free-falling economy, unprecedented unemployment, the ongoing fight for racial justice, and the ever-growing threat of climate change. In fact, the country seems more politically divided and financially and emotionally stretched than at any time in recent history—which is all the more reason to tune in to check out what Joe Biden, the presumed Democratic presidential nominee, and his running mate, Senator Kamala Harris, have in mind for bringing us together and leading us forward. Here’s how.

Held every four years prior to the U.S. presidential election, the DNC brings together delegates from every state and U.S. territory—as well as a phenomenon known as superdelegates—to vote on the Democratic nominees for president and vice president and make the party’s ticket official. (A total of 1,991 delegate votes is the magic number to clinch the nomination, which Biden is expected to easily surpass.) The goal is simple: to lay out a comprehensive platform for the Democratic ticket and unify the party.

While a handful of live speeches will take place at the Wisconsin Center in Milwaukee, the majority of DNC activities, including the delegate voting, will be held virtually. Expect a mixture of live and prerecorded speeches and panels, as well as a number of events streamed from satellite locations in swing states like Michigan and Florida.

The DNC’s evening roster will be star-studded, featuring:

A lot is going wrong in the world right now—and there’s certainly an opportunity to “build back better,” as the slogan says. Expect the week’s speakers to offer up solutions for accelerating economic recovery, advancing racial equity, and creating a booming energy economy. While the DNC schedule has not yet been broken down by topic, some daily themes have emerged: We the People (Monday), Leadership Matters (Tuesday), A More Perfect Union (Wednesday), and America’s Promise (Thursday).

“It’s important to see what the vision would look like for this new candidate,” says Kayla Calkin, political director at the NRDC Action Fund. “How are we going to get away from the disasters of the last four years? The people speaking throughout the week will make the case for why we should hire Biden for the job—and how he’ll take our country in a new, more progressive direction.”

Historically, U.S. presidential nominees have avoided the topic of climate change in the run-up to the election. Not Joe. “Biden is the most progressive environmental candidate we’ve ever had,” says Calkin. Biden recently released a $2 trillion climate plan—the biggest and most comprehensive strategy ever proposed by a major party nominee—to build a cleaner and more equitable energy economy. In fact, it’s far more than a climate plan; it’s a “road map to an economically, environmentally, and morally superior future.”

Biden’s solution is twofold: invest in research and development and then use the power of the federal government to promote the adoption of breakthrough technologies. Notably, he would also direct 40 percent of this climate spending to rural and urban low-income areas, as well as BIPOC communities, with renewable energy projects that would bring more jobs and programs and give homes and buildings an energy-efficiency boost. With a plan this ambitious, he has a broad coalition of climate leaders on his side, like the NRDC Action Fund, the founder of Ocean Collectiv, Ayana Elizabeth Johnson, and leaders from the youth-led climate advocacy group Sunrise Movement. Rumor has it that Wednesday will be climate’s big night under the lights, so don’t miss it.

The official livestream will be hosted on demconvention.com, as well as sites like YouTube, Facebook, and Twitter, but major news networks like CNN and MSNBC are expected to stream prime-time events too. Download Endavo’s free app for more complete coverage, including bonus footage of exclusive stories and recaps. Busy next week? No problem. You can access the entire convention as a recording through the end of 2020. The app runs on Roku, Apple TV, and Amazon Fire TV. Just search “Democratic National Convention” or “2020 DNC” in your device’s app store.

Follow along on the NRDC Action Fund’s Twitter, where we’ll be featuring a daily wrap-up of top takeaways. But you, too, should dive in on social media, where political insiders, activists, and climate leaders will break down the night’s speeches. “The more people who are engaging on every platform about how pro-climate they are and how pro-Biden they are, the better,” Calkin says. Share inspiring clips from the night’s speeches, your own story of climate advocacy, and why you’re convinced Biden is the best person for the job. Join the chorus with hashtags like #dnc2020, #teambiden, and #buildbackbetter.

Vote, of course! Whether you are going to request a mail-in ballot or head to the polls, make sure you are ready to make your voice heard here.