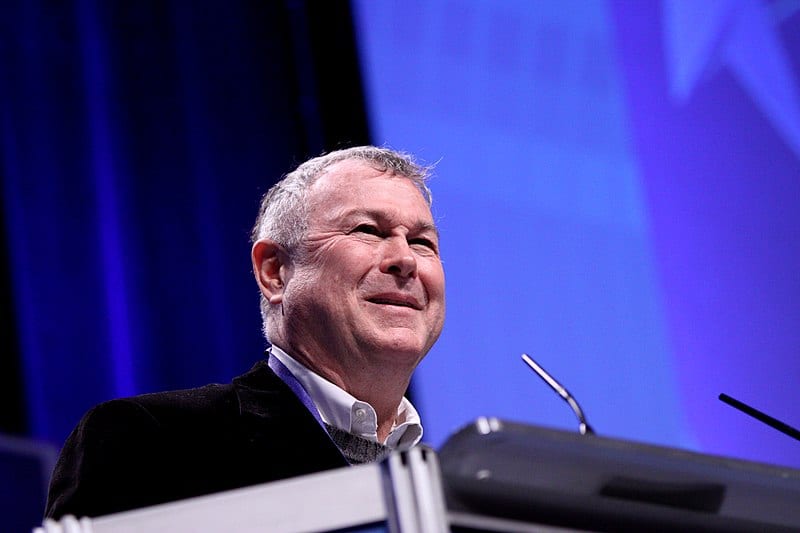 The 2018 election is likely to bring a lot of new faces to Washington, and some anti-environment House incumbents will likely be out of a job. Here are several we certainly wouldn’t miss if they are defeated. These races, some rated as pure toss-ups, all feature lawmakers whose score on the League of Conservation Voters Scorecard ranges from 0% to 10%, indicating they almost always vote against the environment.

This diversifying district broke for Clinton in 2016 and is now poised to oust a congresswoman who only recently came to grips with the demands of climate change and who is an eager proponent of offshore drilling. It took Walters until August of this year to connect California’s unprecedented wildfires to global warming, and last year, she was the co-sponsor of legislation would have gutted the Clean Air Act. Her challenger is Katie Porter, a consumer protection attorney and professor at UC Irvine.

Rohrabacher, ironically a senior member of the House Committee on Science and Technology, would sooner connect global warming to “dinosaur flatulence” than man-made carbon emissions. He’s also said that global warming is a “total fraud”, and he’s denied that sea levels are rising even though they’ve risen seven inches in the past century and are set to rise faster in this one. This usually conservative district opted for Clinton in 2016, and a highly favorable political environment for Democrats might finally be Rohrabacher’s undoing after nearly 30 years in Congress. His challenger is Harley Rouda, a lawyer and real estate businessman.

Denham became a U.S. Representative in 2010 after serving in the California State Senate, where he defended adding climate change skepticism to California’s public education curriculum. Denham’s incumbency advantage is likely to help him in this political environment, and sparse independent public polling here makes it difficult to know if he can survive a possible Democratic wave. Denham’s challenger is Josh Harder, a fifth-generation Central Valley resident and venture capitalist.

Knight became a US Representative in 2015, but his only pro-environment votes since taking office came last year, after his district voted for Clinton by seven points. This year, Knight supported opening new offshore drilling leases in California and, in 2015, he voted to repeal the Clean Power Plan. This Romney-Clinton district may well flip to Democrat Katie Hill, the executive director of the largest homeless services non-profit in California.

After his district voted for Clinton by seven points in 2016 and he himself won re-election by fewer than 1,000 votes, Issa is taking his cue to leave. His resignation announcement early this year will bring an end to a career punctuated by dubious positions on climate change. After promising to investigate climate scientists over unfounded allegations of data manipulation, he falsely claimed that there is no consensus on climate change. Running to replace him are Diane Harkey, a former banking executive who supports offshore drilling, and Mike Levin, an environmental lawyer and clean energy advocate.

Roskam once called global warming “junk science” in a debate with environmental champion and now-Sen. Tammy Duckworth. He also voted for a symbolic resolution that claimed a carbon tax would be “detrimental” to the United States earlier this year. Roskam faces energy scientist Sean Casten in a district that went for Clinton by seven points and in a state where the incumbent Republican governor is severely trailing in his re-election bid.

Yoder rose to Congress on the Tea Party wave of 2010, and he’s rarely cast a pro-environment since. In 2015, when asked about climate change at a town hall, he downplayed America’s ability to affect global temperatures and last year he applauded President Trump’s withdrawal from the Paris Climate Agreement. Fortunately, it looks like Kansas’s 3rd District is ready for environmental leadership. The district voted for Hillary Clinton in 2016 after going for Mitt Romney by 10 points in 2012, and recent public polling leans toward his challenger, Sharice Davids, a lawyer and former White House fellow.

Barr, who launched his political career in 2010 by fiercely opposing cap and trade policies, is now trying to walk the nonexistent line between acknowledging climate change and also fiercely advocating for coal energy. He has previously said that, “We should not want the most carbon-free energy, but the best energy.” He was also a co-sponsor of a resolution that called for the U.S. to withdraw from the Paris Climate Agreement. While Kentucky’s 6th voted overwhelmingly for President Trump and Mitt Romney, Barr faces a strong challenger in Amy McGrath, who burst onto the scene after she released a moving biographical ad last year and triumphed over Lexington Mayor Jim Gray in the Kentucky Democratic primary.

Lewis is a freshman congressman who has voted against the environment at every possible opportunity since he squeaked out a two-point victory in 2016. And in a town hall this April, Lewis took the rather Trumpian tack toward global warming, saying, “The earth’s temperature changes. Has it warmed? You bet. I’m just not convinced it’s due to carbon emissions.” But scientists are convinced, and so are the vast majority of Americans. On November 6th Lewis faces Angie Craig, a former health care manufacturing executive, who is currently leading in the polls.

Brat crushed then-House Majority Leader Eric Cantor in the 2014 Virginia Republican primary with almost nothing but fiery Tea Party rhetoric. Now, as a congressman, he has defended Trump’s withdrawal from the Paris Climate Agreement and erroneously claimed that “the climate changes all the time.” And in the only televised debate between Brat and his challenger, Abigail Spanberger, he again criticized the Paris Climate Agreement, falsely claiming that cleaner energy would raise consumer costs (the opposite is true) and falsely claiming that America would pay for China’s supposed lack of cooperation in the agreement (which is untrue for quite a few of reasons). Spanberger, a former CIA operations officer, responded to Brat’s baseless positions in her closing remarks with a forceful advocacy for environmental investment.

Voting out these anti-environmental members of Congress will serve as a critical first step toward rejecting their pro-polluter agenda. But it’s going to take everything we’ve got. Pledge to vote on Tuesday, November 6th, and volunteer to text out the vote from the comfort of your home.

What an Electric F-150 Means for America

As the unveiling of Ford’s electric vehicle shows, the U.S. shift to EVs has started—but it’s just the beginning…

President Biden’s “American Jobs Plan,” announced yesterday in Pittsburgh, Pennsylvania, is the next step on his bold campaign pledge…