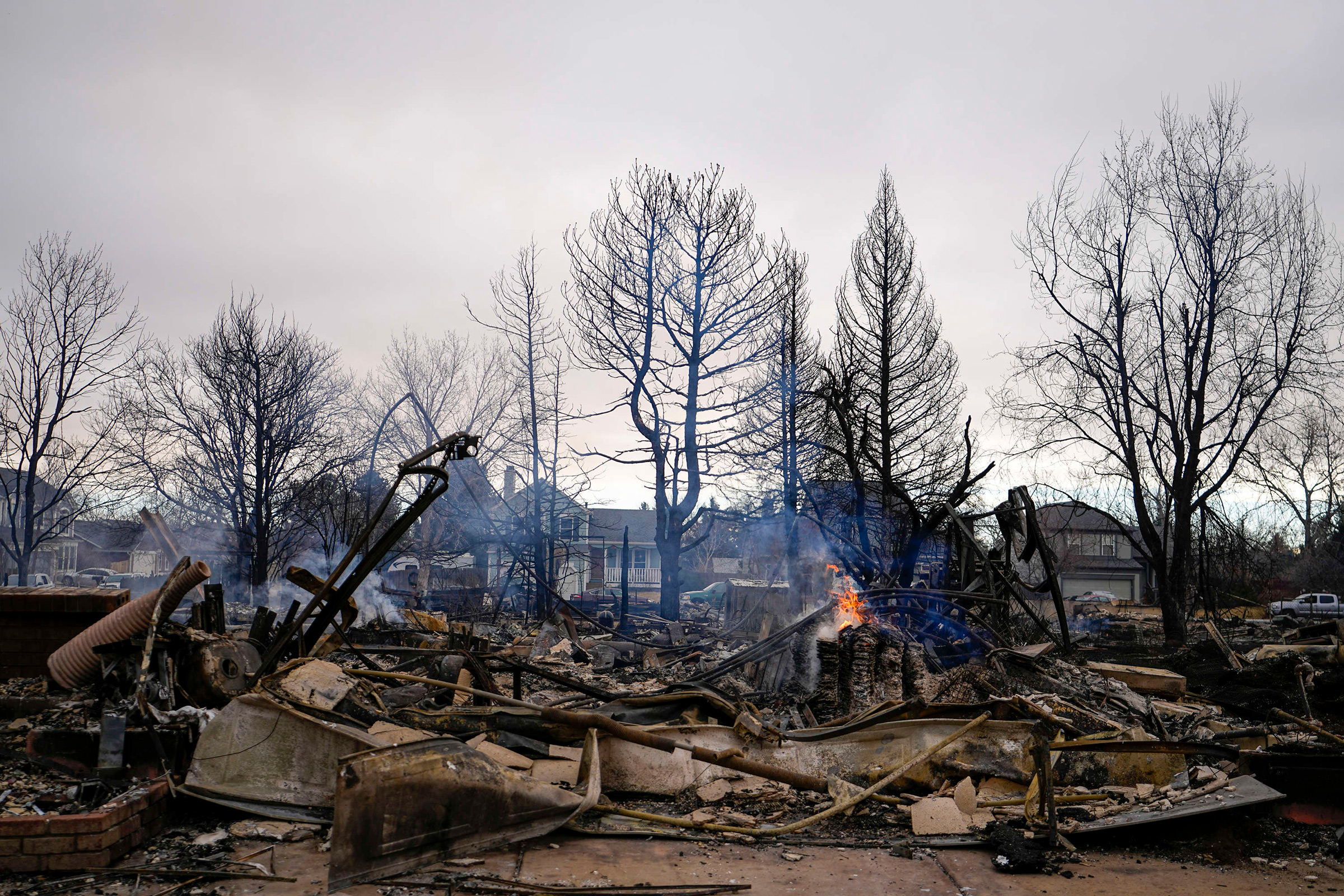 Last week’s devastating wildfire in my hometown of Boulder, Colorado—pushed by hurricane-force winds and fueled by drought-ravaged grasslands—sent thousands fleeing for their lives, leaving behind suburban homes that were reduced to ashes in mere minutes. While authorities are still investigating what sparked the blaze that left thousands homeless, human-caused climate disruption is clearly responsible for the conditions that enabled such destruction.

In an average year, the Boulder area is damp from around 30 inches of snowfall by now, but this season saw just one inch of snow ahead of the fire. “Everything is kind of crispy,” said Keith Musselman, a snow hydrologist who spoke to NBC News. “Climate change is clearly making the preconditions for wildfires worse across most fire-prone regions of the world.”

The killer tornadoes in Kentucky and the firestorm in Colorado provided two punctuation points to a year that saw more than $100 billion in damages, hundreds of lives lost, and millions more feeling the disrupting impacts of climate change in the United States alone. Climate chaos like this is no longer new, but as it deepens and worsens, we are certain to see more impacts that shock our consciences and break our hearts.

But now, after years of obstruction by the fossil fuel industry and its allies in Congress, the Senate is considering legislation containing the most aggressive steps in our country’s history on a wide range of climate solutions that would move us away from this chaotic future. The Build Back Better Act, proposed by the president and already passed by the House, contains bold new policies that would help to transition our economy away from climate-wrecking fossil fuels, while at the same time creating millions of high-quality jobs. It imagines that Americans can still compete and lead on the global stage—and that we can build a brighter future for all by finally addressing the injustices that subject so many low-income communities to dangerous levels of pollution and the worst climate impacts.

In the 50-50 Senate, every single Republican is opposed to the Build Back Better Act. That leaves no room for even a single Democratic “nay.” Senator Joe Manchin (D-W.Va.) has held up the bill-writing process as he negotiates with the White House over certain language, but this week he indicated that he is largely in agreement with his colleagues on the measure’s climate-related provisions. “The climate thing is one that we probably can come to an agreement much easier than anything else,” Manchin told reporters.

The Senate must pass it. This fight cannot be left to future generations. Not again. We must fight even harder now, because the consequences of inaction are that we keep digging a deeper hole, driving up the risks to our climate, our economy, and our very lives. That is as irresponsible as it is unacceptable—we cannot be the first generation to knowingly fail ourselves, our children, and the future.

Take Action:
Call on the Senate to heed dire climate warnings and pass the Build Back Better Act now!