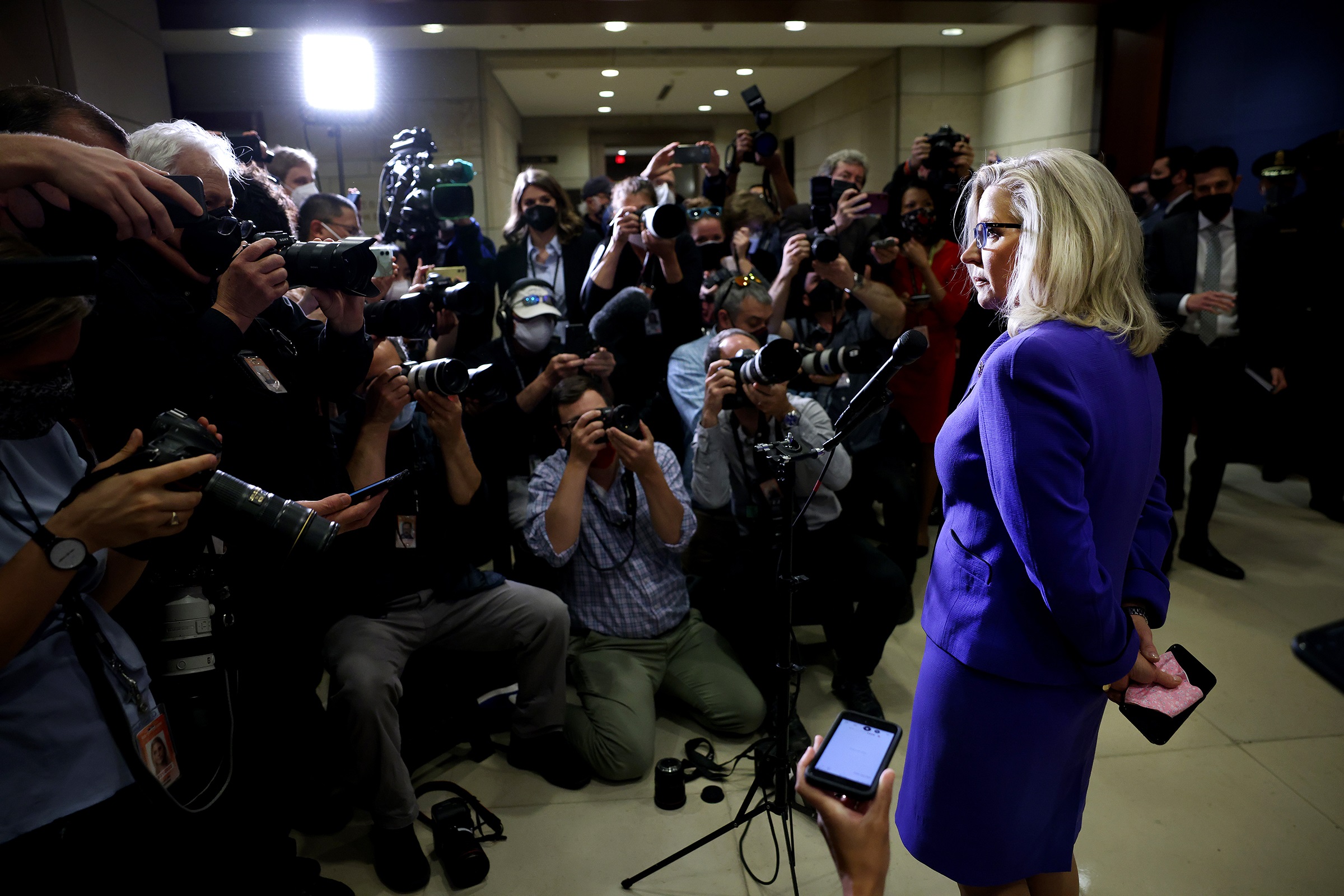 Why, then, should environmentalists take note of her fall from grace within her own party?

Because, when the Republican Party places fealty to a lie and subservience to a man above respect for the rule of law and allegiance to the Constitution, it’s an attack on the health of our democracy. All the more so when the party is using that lie to promote the most concerted voter suppression campaign since the shameful era of Jim Crow.

In much the same way the GOP has long disregarded the growing costs and mounting dangers of climate change, it now clings to the false claim that Trump somehow won last year’s election. And, just as the party has long dismissed the growing public calls for climate action, it’s now expressing contempt for majority rule by trying to keep certain people from voting.

It wasn’t Cheney’s environmental record, after all, that prompted her fellow Republicans to purge her from their leadership ranks in the House. That happened because Cheney refused to parrot the GOP lie that Trump won the election.

Republicans opted to expel Cheney from her leadership post by voice vote, denying the public a record of the positions taken by officials elected to represent the people and sworn to defend the Constitution.

“Remaining silent and ignoring the lie emboldens the liar,” Cheney said in a Tuesday night speech on the floor of the House. “I will not sit back and watch in silence while others lead our party down a path that abandons the rule of law and joins the former president’s crusade to undermine our democracy.”

For that, Cheney was stripped of her position as chair of the House Republican Conference, the party’s third-most-powerful House post.

“It is,” she told reporters after Wednesday’s vote, “an indication of where the Republican Party is.”

This is a travesty for the GOP. For the country, it’s a crisis.

One of our two major political parties now requires its members to promote a demonstrable and dangerous lie. Seven in 10 Republicans now say they believe this lie, based on nothing more than the party’s own refusal to tell the truth.

President Biden won the election by more than seven million votes, resulting in an Electoral College margin of 306 to 232.

Trump responded by pressuring state election officials to overturn the will of the people, a direct attack on our Constitutional democracy. Trump and his backers filed at least 62 lawsuits challenging the election results: 61 failed in court.

After one recount after another, his own administration called the election “the most secure in American history.” When all else failed, Trump incited the bloody January 6 insurrection that sacked the U.S. Capitol, put the Congress to flight, and left five people dead.

To contend, in the face of these facts, that Trump somehow won the election is to deny the integrity of the election system itself and to forsake the rule of law for the sake of one man. That is the definition of autocracy. It is the opposite of democracy.

More than that, Trump’s party has embarked on a national campaign to suppress the votes of low-income communities and people of color, with some 361 bills pending in 47 states to do so, based on the groundless lie that the election was somehow stolen from Trump.

That’s why the Senate must pass the For the People Act. The House approved it in March—without the support of a single Republican.

The Act would set standards to strengthen the integrity of federal elections. It would negate most of the GOP efforts to make it harder for people to vote. And it would help to strengthen or restore essential voter protections that were weakened or eliminated in a 2013 U.S. Supreme Court ruling that crippled a key provision of the 1965 Voting Rights Act.

Efforts to erode public confidence in the integrity of our elections in the service of a lie undermine the democracy we depend on to advance the commonsense environmental safeguards the people overwhelmingly support. Well beyond that, devotion to mendacity and voter suppression is antithetical to the idea of government by the consent of the governed.

Sound governance depends on adherence to truth. We can’t seize opportunity through falsehood. We can’t confront challenges with lies. And we can’t pretend to be a democracy when we pass laws that are meant to deny people the right to vote.

What is left of the hollowed-out husk of a party that dedicates itself to a lie, can’t tolerate the truth or those who speak it, and abandons all pretense of principle in fealty to a tyrant?

This week marks the 50th anniversary of the Woodstock music festival, but there was more to the summer of ’69 than…