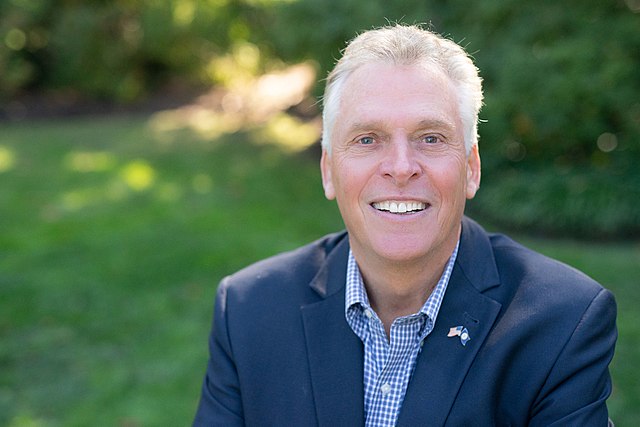 America’s western states are burning, and its eastern states are flooding, and with Virginia’s coastline already being impacted by sea level rise, the stakes for advancing climate action could not be higher.

With the most consequential climate action election in Virginia history starting this week, there is a lot at stake, and we’re at a crossroads. We can decide to move Virginia forward with one of the nation’s boldest climate plans pushed by a skilled political leader in Terry McAuliffe, or slide back into the disastrous Trump-era policies favored by Glenn Youngkin, who has said during this campaign that he would reverse the state’s recent clean energy progress.

Terry McAuliffe has already committed to advancing the nation’s most ambitious state climate action plan, by eliminating smokestack climate pollution from dirty power plants completely by 2035. That’s a full 15 years earlier than currently scheduled, and in line with the ambition needed to tackle climate change before it’s too late.

McAuliffe’s climate vision also calls for tackling, for the first-time ever, the climate pollution from car and truck exhaust, which is now Virginia’s single biggest driver of climate chaos.  And he plans to do this equitably and in a way that serves those on lower incomes first, by focusing first and foremost on the best and cheapest way to lower both pollution and energy bills: energy efficiency.

McAuliffe has already proved he will deliver on climate. During his first administration, he took bold steps with nation-leading climate policy and jobs-friendly leadership. He pushed back on Trump’s disastrous environmental policies, for example by adding Virginia to the U.S. Climate Alliance when Trump pulled the nation out of the Paris Climate Agreement. McAuliffe also made Virginia the first state in the south to clean up power plant pollution, clearing the way for the State to get to 100 percent clean energy down the road. This was all done despite having a hostile, climate-denying legislature. If pro-climate leadership maintains control of the state legislature this cycle, McAuliffe has an even bigger opportunity to act.

If McAuliffe loses, the environmental progress we have made in Virginia over the past eight years is in jeopardy. Glenn Youngkin is endorsed by and sides with Trump, the worst environmental president this country has ever seen. Any repeat of his policies – even at the state level – would be devastating to our environment, economy, and way of life.

This election is going to be close! If you live in Virginia, please check you registration and make your plan to vote for a clean energy future by visiting the Virginia Department of Elections website: https://vote.elections.virginia.gov/VoterInformation

Walton Shepherd is a Richmond-based senior advisor to the NRDC Action Fund.