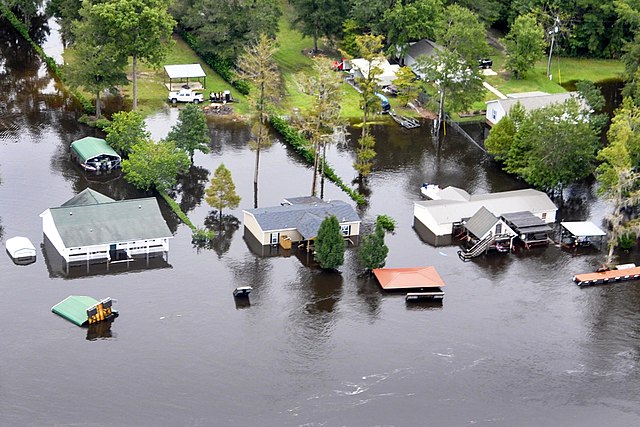 A recent report from the Brookings Institution’s Metropolitan Policy Program has found that states President Trump won in the 2016 election – including Florida, Mississippi, Louisiana, Arkansas, Alabama, and Georgia – are among the most vulnerable to the economic impacts of climate change. Overall, 15 of the 16 states contending with the highest losses of county income voted for Trump.

The model, Ronald Brownstein writes, weighs the potential economic losses from rising sea levels, the impact of a warming climate on agricultural yields, and changes in mortality rates to “project how much economic harm climate change will impose on each county through the end of the century, in the period from 2080 to 2099.” David Victor, a co-author of the report, defended the robustness of the findings by pointing out that “this is not a single analysis, but a meta-analysis. It is a compilation of the best science in the area…. We know a lot about how strong wind and high tides affects coastal areas, about how heat stress affects workers, etc.”

The report’s finding that the Southeast is most vulnerable to climate change echo the results of previous studies, including one in 2017. Additionally, as the Fourth National Climate Assessment released in November details, the impacts of climate change are already being felt across the Southeast.

While the Brookings report’s authors conclude that the combination of “right-wing ideology, distrust of distant Washington, and fear of short-term job losses will continue to make it hard to implement any sort of federal legislation to tackle climate change,” they suggest that “the prospects for bipartisan federal legislation may brighten as the damage from storms, drought, and fire accumulates.”

Climate change shouldn’t be a partisan issue. The longer Republican elected officials allow fossil fuel companies and special interests to dictate their party’s line on climate, the greater the suffering their constituents will experience. It’s time to face this problem head-on. There’s no time to waste.