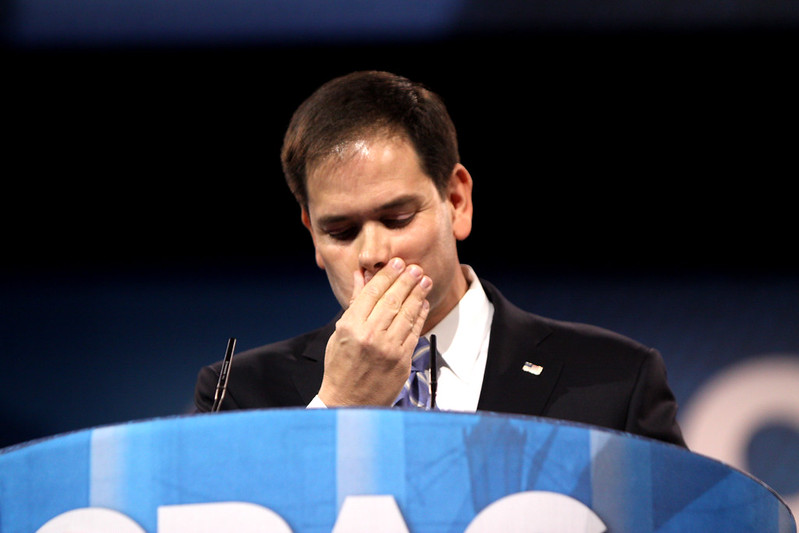 Florida’s senators have abandoned their responsibility to represent the interests of their constituents when it comes to climate change. This crisis has dire consequences for human health, Florida’s economy and our grandchildren’s futures, but Marco Rubio and Rick Scott are missing in action.

A new report from the U.N.’s International Panel on Climate Change (IPCC) makes clear that the time for delaying action to curb climate-wrecking emissions has run out. Avoiding the worst global impacts from runaway climate change – mass migration and starvation, uninhabitable coastal areas, extreme weather events, highly acidic oceans – requires replacing dirty fossil fuels with clean energy as fast as possible, the report makes clear. Floridians have witnessed the local impacts of the changing climate for years – stronger tropical storms, sunny day floods, hotter temperatures, algal blooms that spoil beaches and inland waterways. And the IPCC report’s dire forecast shows this will all get much, much worse if lawmakers continue to ignore the overwhelming scientific consensus that humans must stop burning fossil fuels for energy.

Yet the fossil fuel industry and its allies in Washington, including Sens. Marco Rubio and Rick Scott, continue to prioritize money over people. For decades oil companies have been some of the world’s most profitable entities, and those profits depended on lawmakers ignoring the climate crisis, or even denying it exists. Their slick advertising campaigns aside, the fossil fuel industry has never gotten serious about shifting to clean energy. Today they are making relatively tiny investments in clean energy sources like wind and solar, while betting that politicians like Rubio and Scott will never vote for a shift in energy policy that could leave them flat-footed.

Today’s best science and the increasingly visible impacts of climate change have driven young people into the streets to demand that our elected officials finally do something, but they are not alone. It has become untenable to most American voters that we should avoid taking action to curb the devastation that comes with the unchecked burning of fossil fuels. The warnings from the scientific community are clear and convincing, but our experiences this summer of historic fires, floods and droughts across America and the world are vivid reminders that the climate crisis is already here. Worse still, these impacts are disproportionately impacting people of color and low-income communities that can least afford the disruption to their lives and livelihoods.

Rubio and other lawmakers who want to sound concerned have tried to shift the conversation away from curbing the fossil fuel pollution to one about how we will adapt to climate catastrophe, not how we will prevent it. Adaptation is necessary but focusing on it is like funding research on new ways to treat lung cancer while ignoring efforts to limit smoking in the first place. That’s a dark vision of the future that most Floridians do not want for their families.

The upcoming midterms must be a wakeup call to political leaders who are playing a cynical game to avoid doing their jobs – people like Sen. Rubio. He recently voted against Florida’s interests by opposing both the bipartisan infrastructure bill and the reconciliation bill – which combined are our best chance yet to seriously address the climate crisis and grow a clean energy economy that creates good-paying jobs.

The election of President Biden has given us a window of opportunity to finally act on the climate crisis, and his Build Back Better agenda is a bold down payment on the type of job-creating policies we need to create a better future for our kids and grandkids. By this time next year, we will be deep into another election that will decide whether America will continue to lead the world toward that future, or whether we slide back into inaction, conspiracy theories and a Congress dominated by fossil fuel industry apologists and allies.

Senator Rubio is up for reelection then, but it is Florida’s future that will be on the ballot.