How to save the planet this November 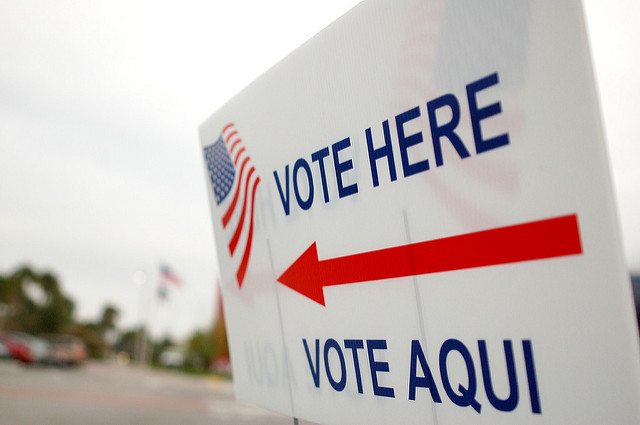 Scott Pruitt has left the building, but the new EPA acting administrator, Andrew Wheeler, is determined to continue his predecessor’s dangerous rollbacks of America’s environmental safeguards. Wheeler said so himself to the Washington Examiner: “Of course we are absolutely implementing Presidents Trump’s agenda.”

Try as he might to undo the nearly five decades of progress we’ve made in cleaning up our air and water, our side has one important structural advantage: Americans are opposed to the Trump administration’s deadly environmental agenda.

Here are three ways you can use that to fight back.

First, exercise your right to petition our elected officials. Even in today’s hyper-partisan, social media-fixated, and cash-drenched political process, there is no more effective tool than personally reaching out to your representatives. Call and write to them. Meet with them whenever possible. Thank them when they do the right thing. And encourage those in your personal and professional circles to do the same. Democracy works best when we work together, stay informed and take action.

Next, it is critical that you become an evangelist for voting this November. In 2016, just 80,000 votes across Pennsylvania, Michigan and Wisconsin—out of more than 120 million votes cast nationally—tipped the Electoral College toward Trump. And while the energy and enthusiasm we’ve seen since his election give us reason to be optimistic, we must work together to carry this energy through election day.

Since Trump’s election, Environmentally-friendly candidates are overperforming expectations by 13% on average. That said, politicians who oppose environmental protections have some historic advantage in midterm elections. Turnout is expected to be highest in solidly blue or red areas rather than in competitive races, and the most consistent midterm voters have reliably been older, whiter and more conservative than the presidential year electorate. We know that younger voters and people of color are more pro-environment, so it is critically important that they turn out in greater numbers this year than past voting performance would indicate.

You may vote regularly, but there are certainly people in your life who don’t. We know that peer-to-peer encouragement is among the most effective turnout techniques—way better than TV ads, social media bombardment and annoying phone calls from people you don’t know. So be on the lookout for some tools and techniques that the Action Fund will be rolling out this fall to allow you to more directly communicate with pro-environment voters in key states and congressional districts. And in the meantime, please encourage your friends, siblings, children, coworkers and others to register to vote NOW and go to the polls with you this November.

Finally, you can help support pro-environment candidates and policies by supporting the work of the NRDC Action Fund, which is a key part of the growing political power of the environmental movement. Together, we can continue that growth so that our environmental laws are protected and eventually strengthened. Dedication to that goal and to using the levers of our democracy are the only ways we can ensure future generations will safely inherit the Earth.

Pennsylvania is one of the country’s fastest-growing markets for clean energy. It employed some 94,000 people in the state…