Jeff Turrentine Aug 9, 2021
IPCC: We’ve Already Warmed the Planet to Catastrophic Effect, but the Level of That Catastrophe Is Up to Us
August 9, 2021 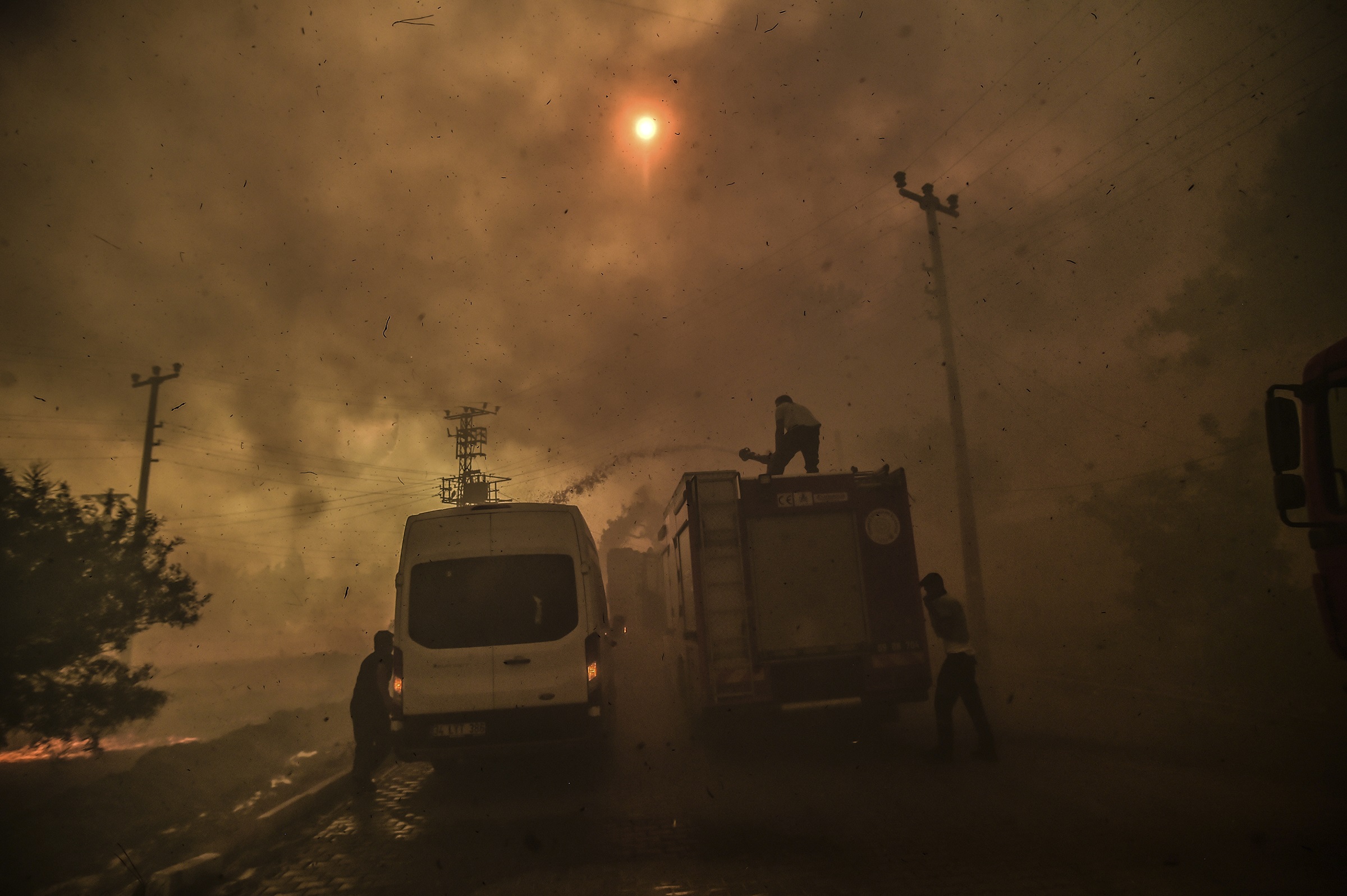 There’s no going back, but there is a way forward: Act now and go big.

Early this morning, the Intergovernmental Panel on Climate Change (IPCC) released the first portion of its Sixth Assessment Report on how climate change is altering the planet’s natural systems and worsening extreme weather events around the world. The news, you won’t be surprised to hear, is not good.

Here are just some of the takeaways made by the authors with “high confidence”—which is IPCC-speak for near-certitude. In 2019, levels of carbon dioxide in the atmosphere were higher than at any time in at least two million years. The earth’s average surface temperature has increased faster since 1970 than in any other 50-year period over at least the last 2,000 years. Between 2011 and 2020, the annual average area of sea ice coverage in the Arctic reached its lowest level since at least 1850. And the global average sea level has risen faster since 1900 than over any preceding century in at least the last 3,000 years.

Among the IPCC’s quick-read “headline statements” that it provides for policymakers are these:

“Continued global warming is projected to further intensify the global water cycle, including its variability, global monsoon precipitation and the severity of wet and dry events.”

“Many changes due to past and future greenhouse gas emissions are irreversible for centuries to millennia, especially changes in the ocean, ice sheets and global sea level.”

The new report is set against a backdrop of record-breaking heat, intense wildfires, and unprecedented flooding events in points around the globe, from Canada to California to Germany to China to Greece. As one of its contributors, Corinne Le Quéré, a professor of climate science at the University of East Anglia, puts it: “You don’t need to be a climate scientist” to grasp the magnitude of what is happening. “You just need to be a person who looks out the window.”

The IPCC’s periodic reports, drafted by a consortium of the world’s top climate scientists and experts, are designed to establish a technical foundation for policymakers to address climate change on multiple fronts: mitigation, adaptation, and assessing future risks. As the world’s leading scientific body on global warming and its impacts, the United Nations–sponsored IPCC has become the authoritative source on the subject, and this latest assessment report—the first to be published since 2014—has been anxiously awaited.

Within hours of the report’s release, news headline writers were attempting to distill its troubling conclusions in bursts of bold type: ”U.N. sounds ‘deafening’ warning on climate change” and “Major climate changes inevitable and irreversible—IPCC’s starkest warning yet,” along with “‘Nowhere to run’: U.N. report says global warming near limits.” If the tone of these headlines and their accompanying articles comes across as especially dire, it’s almost certainly because any quick read of the report’s findings leaves little room for optimism. After all, it was only three years ago that the IPCC released a special interim report on the need for humanity to limit the rise in average global temperatures by 1.5 degrees Celsius (2.7 degrees Fahrenheit) above preindustrial levels if we’re to avoid the worst, most disastrous effects of climate change. In their newest report, the authors acknowledge that this goal—while still achievable—has grown only more difficult in the years since. “Global surface temperature,” they write, “will continue to increase until at least the mid-century under all emissions scenarios considered.”

Under all emissions scenarios considered. That is far from inspiring language. But when optimism is in short supply, you can choose to replace it with pessimism and set about addressing the problem inadequately—justifying your half-heartedness by noting that the odds of success are pretty slim anyway. Or you can opt for nihilism and double down on destructive behaviors, telling yourself that doom is certain and everything is meaningless—so who cares?

Or you can choose to replace optimism with determination.

This is the moment, and I hope you all agree, for option number three. Today’s report, while indeed a dire warning, is much more than that. It’s a starkly worded sign that has been placed at the fork in humanity’s road. And right now we’re standing directly in front of it, with two clearly marked paths before us. 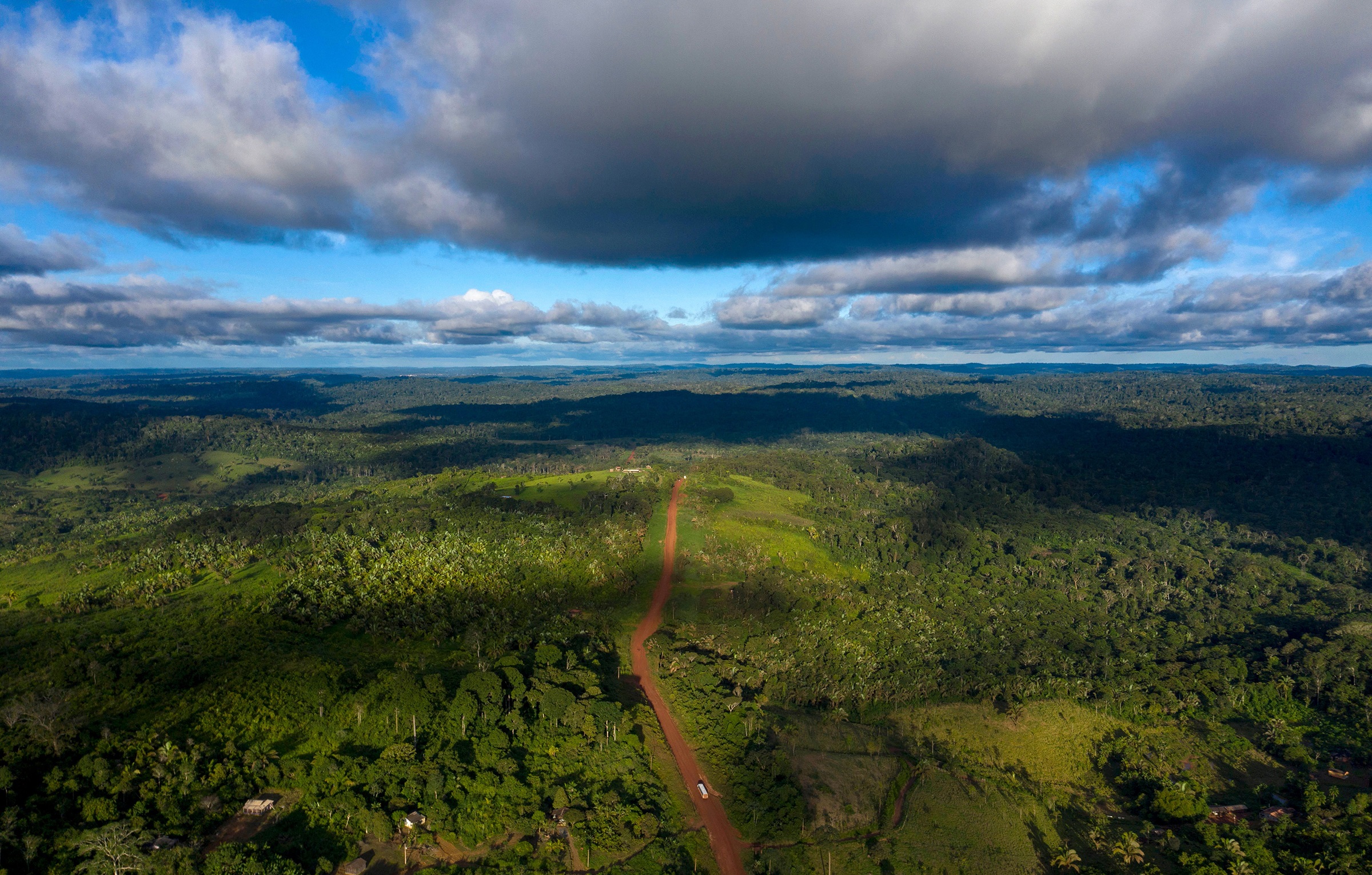 The Trans-Amazonian Highway, which cuts through a rainforest in Pará State, Brazil (Mauro Pimentel/AFP via Getty Images)

Down one path is a future where deadly heat waves, droughts, wildfires, tropical cyclones, severe flooding events, and other disasters have become so common that they no longer have the ability to shock. This path leads to famine, poverty, dislocation, disease, and conflict, along with the death tolls and massive amounts of human suffering that they inflict.

Down the other path is a future that is by no means free of difficulty, distress, and death but that offers a chance for improvement over time. If the nations of the world choose to meet this moment with determination—expressed as a shared global commitment to transitioning to clean energy sources, electrifying our transportation sector, maximizing energy efficiency in our buildings and industrial processes, and reconfiguring economies so that sustainability takes precedence over mindless patterns of consumption—the IPCC’s authors tell us that we still have a chance to keep our warming at or below 1.5 degrees Celsius. Every tenth of a percentage point above that amount of warming carries with it more loss, more ruin, and more lives lost. But adhering to a limiting principle will make a difference no matter where we end up on the global thermostat. A rise of 1.6 degrees Celsius is far from good. But it will be demonstrably better than a rise of 1.7 degrees, which will in turn be better than a rise of 1.8.

That’s why limiting warming to no more than 1.5 degrees must remain our common goal. And the word common here is defined in the broadest possible way. Every government at every level—national, state, city, town—every business sector, every private enterprise, every individual must be in alignment. Whatever steps can be taken to reduce greenhouse gas emissions from burning coal, oil, and gas and preserve the earth’s natural carbon sinks—its oceans, its forests, its soils, its permafrost—must be taken immediately and decisively. Economies must decouple themselves from fossil fuel extraction and other carbon emission traps and reorient themselves toward renewable energy sources like solar and wind, and energy conservation. And while we’re all in this together, we must keep in mind that the climate crisis isn’t striking us all equally. In order to combat it, equity must be paramount: Countries and communities with more money, political power, and greater resources must ensure that those with less are included as full participants in the new paradigms that we create.

Yes, there are a whole lot of “musts” in that last paragraph. Here’s another: In the United States—bearer of the world’s second-largest carbon footprint—we must expand our definition of essential infrastructure to include much more than roads, bridges, tunnels, and dams, since there can be no question that the technologies and mechanisms designed to curb carbon pollution and support climate resilience are going to prove absolutely essential to our lives going forward. President Biden unveiled his Build Back Better agenda just in time—to forgo its many climate and job-creating benefits is to forfeit America’s future.

In November, world leaders and climate experts are scheduled to convene at COP 26 in Glasgow, where they will have the opportunity to take the IPCC’s most recent findings and translate them into the policies that will—if we’re determined enough—keep the planet habitable for human beings. They will study the admittedly narrow path marked “1.5 Degrees or Below,” map its uncertain terrain, and do all that they can to navigate us down it.

But we have to do the walking ourselves.