Jeff Turrentine Dec 4, 2020
Georgia’s Battle for the Senate Meets the Fight for the Climate
December 4, 2020 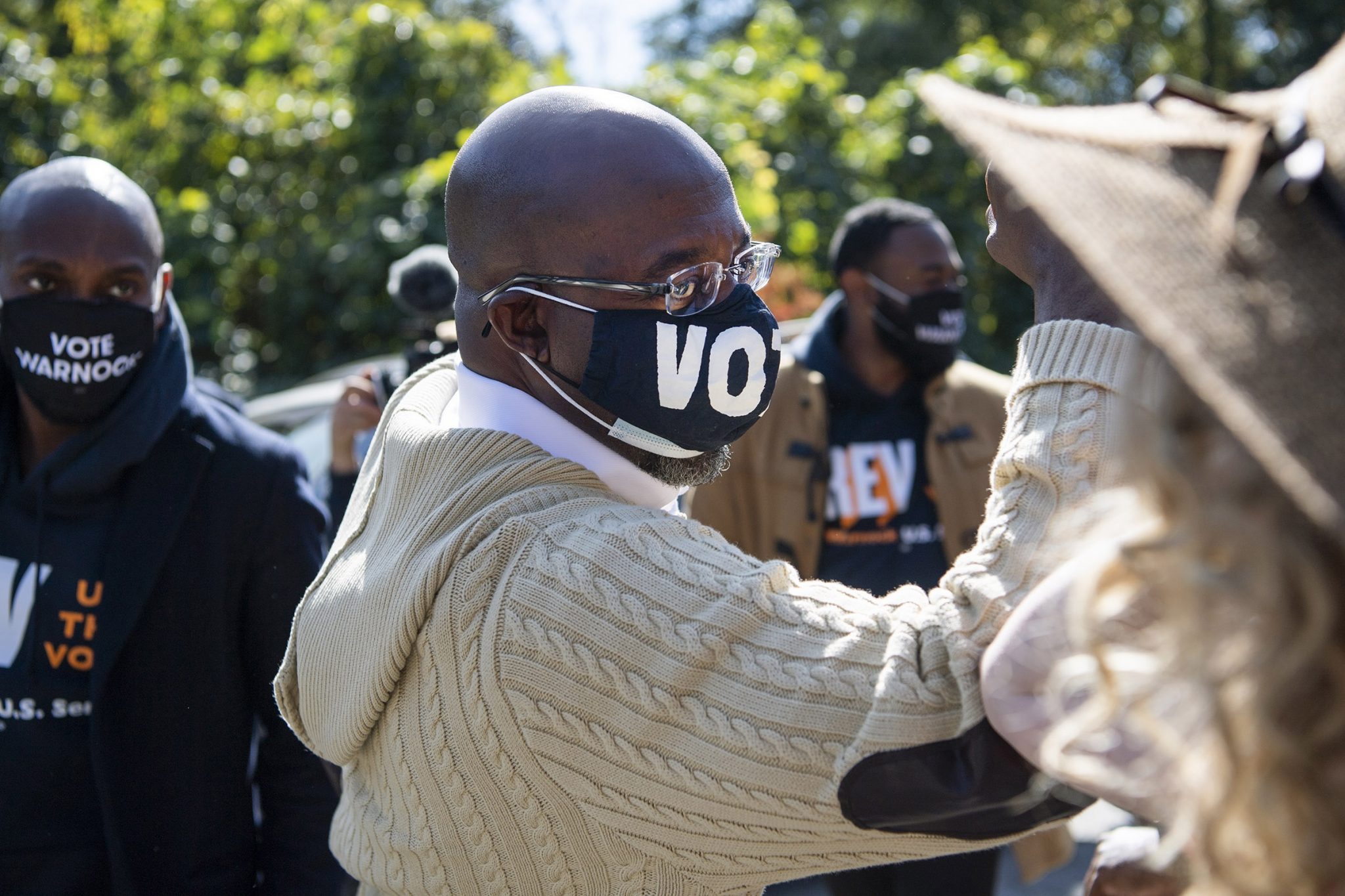 When it comes to action on social and climate justice, the differences between the plans of candidates Reverend Raphael Warnock and Jon Ossoff and the dismissals of the Republican senators they seek to unseat are staggering.

The race for the White House is over, but the battle for the Senate will continue until January 5, when Georgia’s voters will choose their senators in two runoff races. Should Reverend Raphael Warnock and Jon Ossoff win their bids against the Republican incumbents, Peach State residents will gain two powerfully progressive and pro-environment voices in Washington—and control of the Senate will shift to the Democrats for the first time since 2014. Their victories would create a 50–50 tie in the Senate between Democrats and Republicans, with control decided by Vice President–elect Kamala Harris.

Both races are dramatically close right now and taking place in a state that has already unleashed some political surprises recently. In last month’s election, President-elect Joe Biden became the first Democrat to carry Georgia in 28 years; two years earlier, Democrat Stacey Abrams lost her bid for governor by only 55,000 votes out of 3.9 million cast. Many people, including Abrams, believe that Brian Kemp—who was then serving as Georgia’s secretary of state—tipped the electoral scales in his favor by purging nearly 670,000 voter registrations prior to the election in an act of flagrant voter suppression.

Georgia’s current political terrain is more hospitable to progressives than it has been in decades, thanks to changing demographics, disillusionment with Donald Trump among suburban voters, and a massive voter registration drive led by Abrams. That’s good news for Warnock and Ossoff, but taking both seats will be far from easy.

The stakes, suffice it to say, are enormously high and will greatly affect the impact that the 117th Congress could have on innumerable issues facing Georgia and the rest of the country—including, of course, the global climate crisis.

The Candidates and the Climate

Over the course of just three years, from 2017 to 2019, Georgians saw four hurricanes—Irma, Florence, Michael, and Dorian—plus six other storms categorized as “severe” hit their state. Each of these weather events left $1 billion in damages in their wake across the Southeast and beyond—in addition to raising utility bills for Georgia’s households, which disproportionately impacts communities of color and low-income communities. Making such storms even more treacherous, sea levels on the Georgia coast have risen 11 inches since 1950, and the pace is accelerating. Over the next decade, scientists expect those levels to go up by a whopping six inches more, increasingly jeopardizing the state’s beaches, wetlands, and coastal communities.Warnock and Ossoff—who hope to unseat Republican senators Kelly Loeffler and David Perdue, respectively—have been candid about the need for Georgians to come together and tackle climate change by reducing carbon pollution and transitioning to clean energy. Warnock and Ossoff have also acknowledged climate change’s social justice implications, including how the consequences of a warming world are borne disproportionately by people of color and low-income communities.

In stark contrast, Perdue has denied the validity of climate science (even though his own gated community on Georgia’s St. Simons Island has taken steps to mitigate the damage climate change is poised to inflict on its beachfront mansions, including Perdue’s 9,000-square-foot home). And Loeffler has said virtually nothing about climate change since taking office (or before it, for that matter).

The disparities between the two sets of candidates don’t end there. Loeffler—who was appointed to her seat by Kemp in order to fill a vacancy left by a retiring senator—is a former businesswoman whose husband owns the New York Stock Exchange. With a personal net worth of more than $800 million, she is believed to be the wealthiest member of Congress. To call her a staunch supporter of President Donald Trump is a serious understatement: Loeffler proudly touts her unwavering record of voting in line with the president’s wishes and has said publicly that she has never once disagreed with Trump on any issue.

Warnock, Loeffler’s challenger, has a very different life story. One of 12 children born to Pentecostal ministers, he grew up in public housing and was the first member of his family to graduate from college. Today, Warnock serves as the senior pastor at Atlanta’s Ebenezer Baptist Church, the historic house of worship where Martin Luther King Jr. once preached. In the political sphere, he has fought to expand Medicaid coverage in Georgia and has built his campaign around issues of racial, economic, and environmental justice.

The other Georgia Senate race pits Perdue, the former CEO of Reebok and the Dollar General discount stores, against Ossoff, an investigative journalist (armed with a degree from the London School of Economics) and the CEO of a documentary production company whose international network of journalists has exposed corrupt politicians, illegal logging practices, and sexual slavery rings, among other injustices. Like Loeffler, Perdue has been a vocal supporter of President Trump and his extreme and malicious policies on immigration, reproductive rights, and LGBTQ rights. Also like Loeffler, Perdue opposes the Affordable Care Act (ACA), on which more than half a million Georgians have relied, both before and during the COVID-19 pandemic.

Ossoff, by comparison, has built his campaign on issues like strengthening the ACA, defending Medicare and Social Security, preserving Roe v. Wade, and enacting criminal justice reform. And like Warnock, he has vowed to put an end to racial disparities in policing, prosecuting, and sentencing, and to (in his words) “reverse the militarization” of law enforcement agencies, both in Georgia and nationally.

The importance of supporting Warnock and Ossoff—both endorsed by the NRDC Action Fund—is clear: These two candidates stand ready to help build a better future for Georgians and all Americans.

NRDC Action Fund Endorses These Candidates in the 2022 Elections

Tackling the climate, environmental justice, and economic crises facing the country is essential to our future—and these are just…

There’s no going back, but there is a way forward: Act now and go big. Early this morning, the…