Jeff Turrentine Jan 12, 2021
What the Recent Wins in Georgia Could Mean for Biden’s Climate Agenda
January 12, 2021 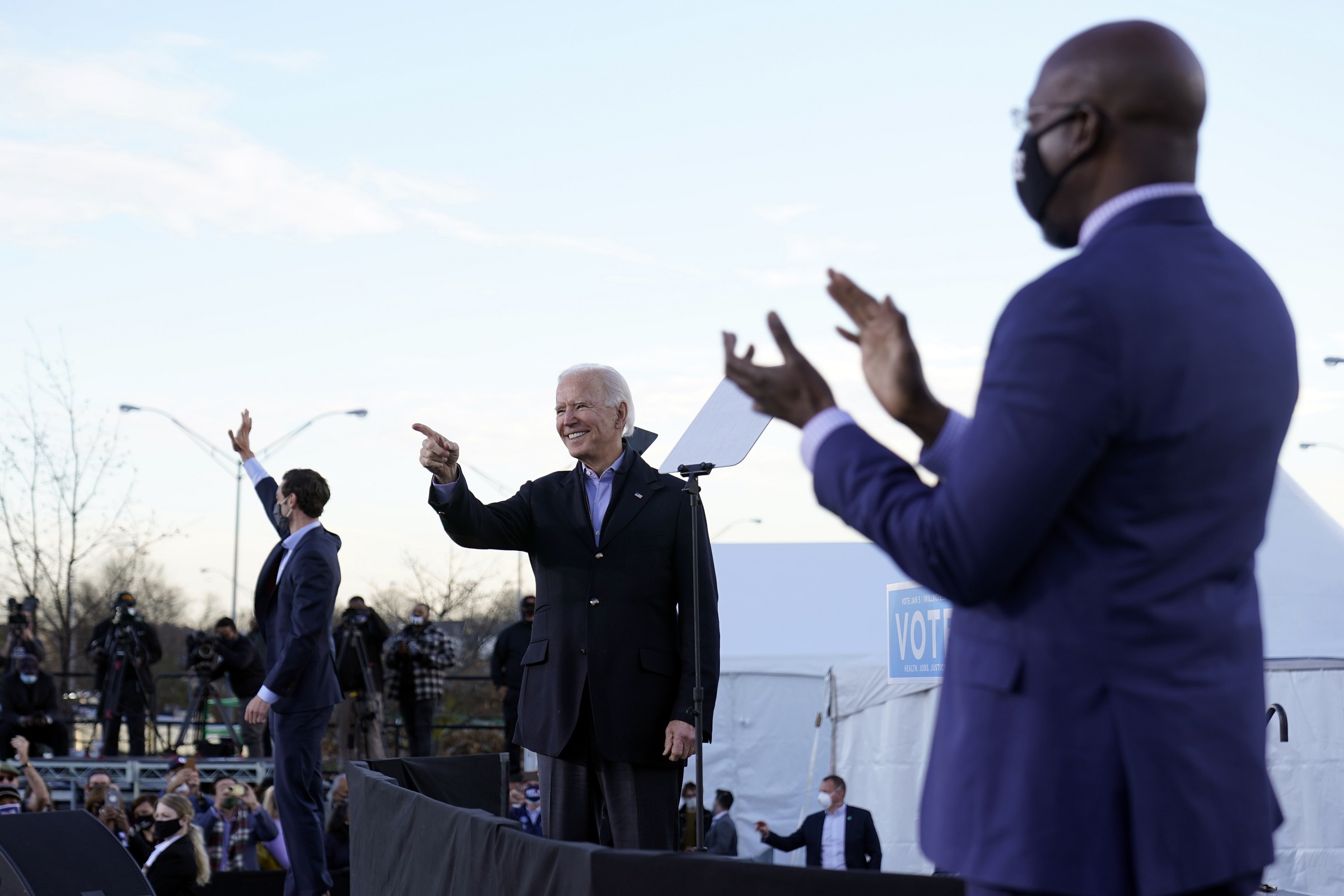 The arrival of Senators-elect Raphael Warnock and Jon Ossoff will make it easier for the next president to get some things—but not everything—done.

The victories by Reverend Raphael Warnock and Jon Ossoff in Georgia’s Senate runoff races have transformed the political landscape—not only for Georgians, who have elected to trade in a pair of self-dealing plutocrats for two progressives with genuine and demonstrated commitments to public service, but for all Americans.

With their wins last week, control of the U.S. Senate shifts to Democrats, removing a sizable obstacle to the implementation of President-elect Joe Biden’s agenda as he enters the White House. Had either Warnock or Ossoff lost their races, Biden would have been the first incoming president in more than 30 years whose party didn’t control both chambers of Congress on Inauguration Day. In a political universe as polarized as our country’s is right now, that would have meant tremendous difficulty for Biden as he set about trying to make cabinet appointments, name judges to the federal bench, or push through legislation.

Doing these things just got a lot easier for Biden. But with the Senate evenly split between 50 Republicans and 50 Democrats, even with Vice President Kamala Harris on hand to break ties, the new administration will have to do a lot of political juggling and dealmaking in order to achieve many of its more ambitious goals.

Yes, Democrats will control the Senate calendar, determining which bills come up for a vote and when; and yes, they’ll also be able to pass a good deal of legislation via rules pertaining to budget reconciliation, which allow certain bills (spending and tax bills, most notably) to pass with a simple majority vote. Those aren’t small achievements. But that doesn’t constitute a rubber stamp for Biden. He and his fellow Democrats will need the support of at least 10 Republicans to pass any bills that don’t fall under reconciliation—which would be many of them.

On top of that, the Democratic caucus in the Senate is ideologically diverse, ranging from self-identified democratic socialists (such as Vermont’s Bernie Sanders) to relative conservatives (such as West Virginia’s Joe Manchin). The incoming Senate majority leader, New York’s Chuck Schumer, will have to make sure that all of the members of his own caucus are on the same page before turning his attention to the other side of the aisle for support.

Still, the shift in Senate power will give the important parts of Biden’s economic recovery plans—reducing carbon pollution, creating jobs, and protecting communities—a much stronger chance of being realized. Here are some aspects of his agenda that this shift could potentially affect:

There’s no going back, but there is a way forward: Act now and go big. Early this morning, the…

Afraid of losing their grip on power, some leaders—including President Trump—are doing whatever they can to keep people from…