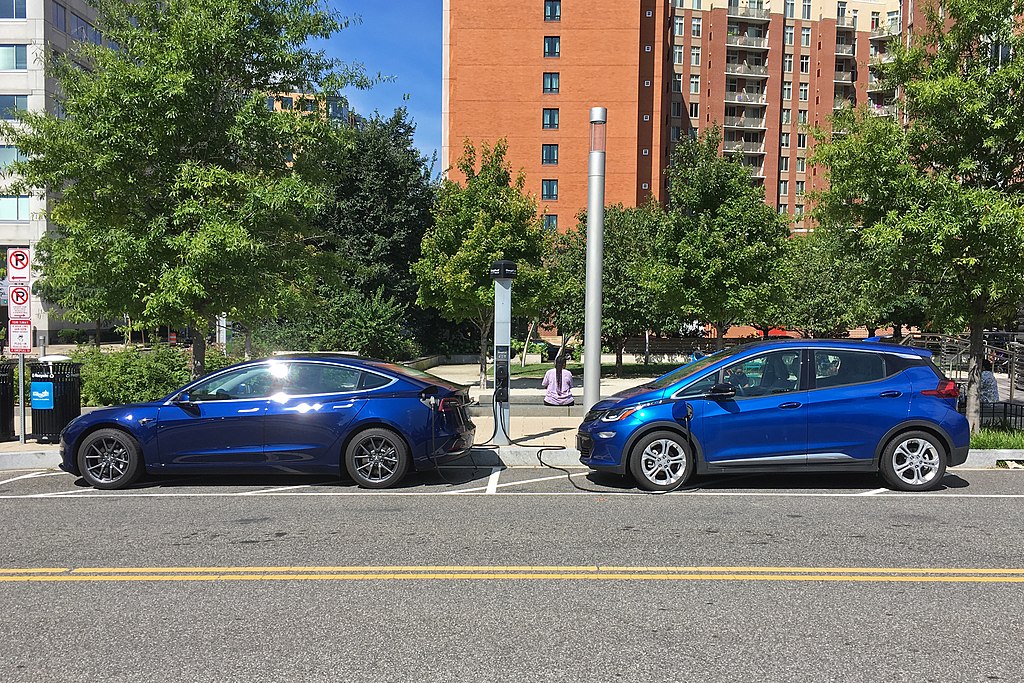 Not since the Great Recession have the stakes been higher for Michigan families and autoworkers. The state has an incredible legacy with a highly skilled workforce. You lead the world in developing and manufacturing the cars of the future, but without the right political leadership in Washington, that’s at risk. We could cede the clean car market—and all the good-paying jobs that come with it—to China and the European Union. The state’s economy is literally on the ballot right now.

And that’s not all. Every day, climate change is taking an increasing toll on your health and your communities. Most of the state has warmed two to three degrees (F) in the last century. Heavy rainstorms are becoming more frequent, and ice cover on the Great Lakes is forming later or melting sooner. If we don’t act, the state will suffer more extremely hot days and hurt the bottom line of corn, beans, and cherry farmers.

These mounting burdens hurt us all, but hit hardest upon people of color, low-income households, and the elderly. For too long these populations have been exposed to more pollution. They have been marginalized or deprived of financial and medical resources. And it puts them at greater risk from the impacts of climate change.

So, what has the Trump administration done?

They have rolled back nearly 100 environmental rules, including the clean car standards. Doing this pollutes the air we breathe, makes the pandemic worse, stalls progress in fighting the climate crisis and increases the cost of driving. The rules are so bad, even many in the auto industry oppose them.  If they hold up in court, the weak rules would cost Michiganders more than $745 million every year, as they need to fill up more at the pump. The only winner is the administration’s friends in the oil industry.

You know all too well that in 2008, two of the Big 3 auto manufacturers were facing bankruptcy. The Obama-Biden administration bailed them out and kept them afloat. They also negotiated new standards that set the stage for significant health benefits and saved us money at the pump, which proved to be a boon to the economy. Clean cars that Americans wanted to buy are being produced here in Michigan, GM and Fiat Chrysler repaid the bailout, thousands of new jobs were created in the state, and automakers enjoyed years of booming new-car sales.

Joe Biden knows that investing in clean energy means good-paying jobs for Michigan families. Before COVID-19 hit, Michigan was home to more than 125,300 clean energy jobs – and about one in five were in rural areas. Small businesses drove the sector (more than 78% employed fewer than 20 individuals). And 10% of workers were veterans.

Michigan needs those jobs back – and Joe Biden will work to make that happen again because he has done it before.

With the right leadership, policies, and programs at the federal and state levels, Michigan can fight for a better future. Governor Gretchen Whitmer recently issued an Executive Directive to make Michigan climate-neutral economy-wide by 2050. Reaching that critical goal will be easier with backing from lawmakers who can advance policies and programs that will lower energy bills and protect Michigan’s economy and natural resources.

By voting for the Biden-Harris team to lead America, ensuring the re-elections of climate champions like Senator Gary Peters, Congresswomen Elissa Slotkin and Haley Stevens, and adding more climate-friendly lawmakers in the statehouse, you can help tackle the greatest economic and environmental challenge of our time and protect your children, families and communities now, and in the future.

Rebuilding our country means rebuilding our confidence in what’s possible in Michigan and across America. For the past four years, we’ve been told that to succeed we must be remain tied to the past, fearful of big challenges and closed off to a better, healthier future for our families. But that was a lie.  These challenges are what Michigan was built for.

With your vote, state loudly and clearly that Michigan is open for business and will fight for American families to enjoy the benefits of the clean car, clean energy economy.