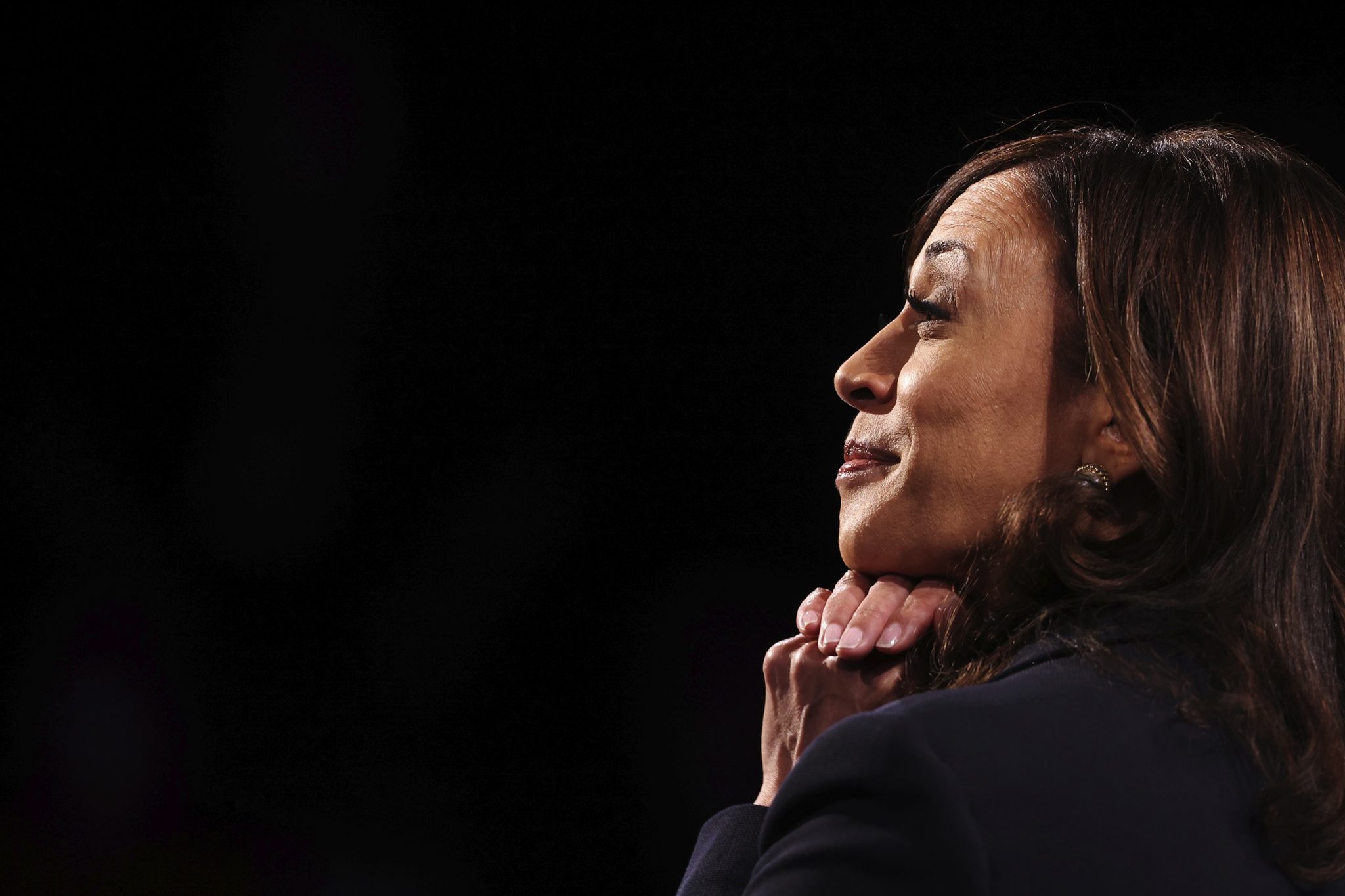 Both Kamala Harris and Mike Pence made big statements Wednesday night on everything from fracking to climate change. Some were much truer than others…

The first and only debate between California Senator Kamala Harris and current Vice President Mike Pence last night covered as much ground as last week’s unruly presidential debate—and did so much more civilly. The two candidates discussed everything from taxes to COVID-19, and once again, climate change got lots of airtime. (A third debater also briefly buzzed, causing much speculation.)

Here, we zoom in on the environmental topics of the night, breaking down the truth, the lies, and the misleading.

Pence claimed America’s air is cleaner than ever—and our water is the cleanest in the world.

Our air is, in fact, the cleanest it’s been in decades—but that has nothing to do with the Trump administration. According to the U.S. Environmental Protection Agency, air quality has been steadily improving and was 77 percent cleaner in 2019 than in 1970. That progress, however, is the result of strong environmental protections—the same rules Trump has been hell-bent on dismantling since taking office.

On water, Pence’s statement is false. Yale University ranked the United States 26th in the world when it comes to sanitation and drinking water. The Trump administration—which has weakened the Clean Water Act and recently released a do-nothing revision to the country’s outdated rules protecting drinking water from lead contamination—seems uninterested in improving our score.

Biden has never said he would ban fracking on private lands—where 90 percent of this drilling practice takes place. He does, however, want to end new leases for fracking operations on public lands owned by the American people. His climate plan calls for a transition away from fossil fuels, such as fracked gas, but over a 30-year period.

Neither the Green New Deal nor Biden’s climate plan would prop up Pence and Trump’s pals in Big Oil and Big Coal—but they do seek to transition the U.S. energy economy to one fueled by renewable sources like solar and wind and bolstered by the growing energy efficiency industry, over the next 30 years. Such a transformation would create millions of new jobs, lower home energy bills, and curb the destruction that fossil fuels are imposing on the planet and our bodies. Biden’s climate plan calls for the investment of $300 billion in research and development and, crucially, would direct 40 percent of its climate spending to the inclusion of rural and low-income communities in the new clean energy economy. It is an ambitious reimagining of what American energy means in the 21st century as we cope with the existential threat of climate change and the legacy of environmental injustice that fossil fuel pollution has wrought.

Harris called out the Trump administration for scrubbing “climate” from its websites.

And the administration didn’t stop there. Federal agencies under Trump have been caught—time and time again—removing mentions of climate change and the scientific research that supports it. Such actions are particularly egregious when involving the communication and educational materials of environmental and climate research agencies, such as the EPA’s own website and USGS’s press releases, as well as international statements on Arctic policy and national security strategies. We could go on.

Pence said the cause of climate change is not fully understood.

This is something many of us learned in middle school, but Pence’s truth-fudging is worth mentioning: Carbon pollution emitted by human activities is what’s driving climate change. Scientists know this with virtual certainty. Our federal scientists do too. Any equivocation on the causes of the climate crisis is an intentional lie meant to protect the profits of polluting industries. That Pence is repeating this propaganda just proves that Trump’s administration intends to fuel the climate crisis, not help solve it.

Again: Fossil fuels are the primary contributor to greenhouse gas emissions and, therefore, climate change. Biden plans to invest in the country’s transition away from them, which is already well on its way and end fossil fuel subsidies—an estimated $20 billion annually on the taxpayer’s dime—but he has never called for banning them.

Crucially, his climate plan is making sure to not leave anyone behind in the evolution of our energy grid by supporting what’s called a “just transition.” These strategies invest in communities that have long relied on fossil fuels in order to include them in a more equitable clean energy economy. That would mean former coal towns don’t have to go extinct with the coal plants that once supported (and polluted) them, but rather thrive with new, cleaner local industries.

Biden understands the burden of high energy bills, particularly for low-income households. Over four years, he plans to modernize four million buildings with energy-efficiency upgrades, weatherize two million homes to keep heating and cooling costs down, spur the construction of millions of homes that are energy efficient from the start, and begin the process of setting nationwide building-performance standards. Such investments in energy efficiency would lead to less energy consumption overall—and more manageable power bills for families.

Harris said it’s possible for the United States to achieve net-zero emissions by 2050 and carbon neutrality by 2035.

Skeptics might wonder if Harris is overpromising on the pace of emissions reductions. But her running mate’s climate plan is the most ambitious of any major presidential candidate in history. It was crafted with the help of climate leaders like Senator Bernie Sanders and Representative Alexandria Ocasio-Cortez and has been backed by actual climate scientists (imagine that!). It’s chock-full of detailed solutions that will help the United States meet the ambitious target of net-zero emissions by 2050, a goal that a number of states and other countries have already set and are on their way to achieving.

Pence claimed that the United States has reduced carbon emissions more than countries still in the Paris Agreement.

Our carbon emissions have indeed decreased more than 10 percent in the last decade (which, again, has nothing to do with the Trump administration)—but other countries have achieved cuts at more than twice that rate. And the United States is still falling far behind its abandoned Paris Agreement goals—a gap that is widening as our once-strong leadership on climate issues crumbles under the Trump administration’s anti-science, pro-polluter policies. Harris understands our country’s huge responsibility, as the world’s second-largest emitter of carbon emissions, to address the problem and promised that, if elected, she and Biden would recommit to the Paris Agreement “with pride.”