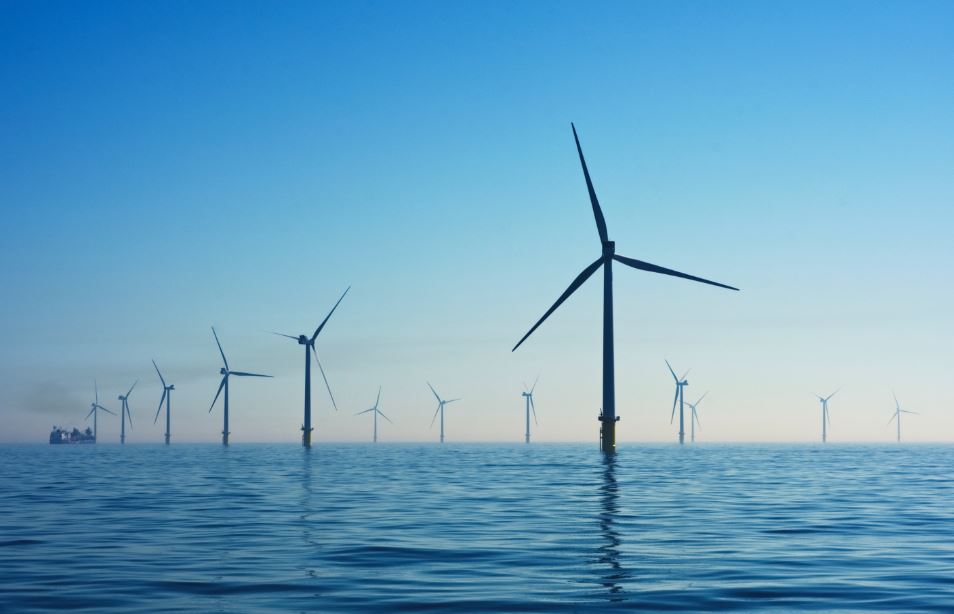 This is a seminal year for the climate movement. What’s happening today, and what happens in the U.S. presidential election in November, will have far-reaching consequences that will shape our lives for decades. The world is getting a glimpse of the devastating consequences of climate inaction, as Australia suffers through its hottest summer and worst bushfire season on record. In more hopeful news, the rise of youth-led climate movements, from the Sunrise Movement to Greta Thunberg’s Fridays for our Future, are fueling an increasing sense of urgency to solve the climate crisis before it’s too late.

American voters this year will have the chance to replace the worst president for the environment in modern history. Whoever wins the Democratic nomination to take him on will be worlds better for the planet than the man who has put coal and oil lobbyists in charge of environmental policy making.

The U.S. president has a unique ability to steer the national and international conversation. Electing someone who will use their executive authority, push for legislation, and rally world leaders to create a clean energy economy is absolutely critical. Restoring American global leadership on climate, and securing justice for the communities most harmed by the fossil fuel economy of yesteryear, are the top goals of the environmental political movement in 2020.

The NRDC Action Fund is committed to electing a pro-environment President in 2020 and making sure that they put climate action at the top of their to-do list once in office. To aid in that effort, we have looked at the climate plans of the leading candidates for president* and compared them across five major categories. We will be publishing these comparisons here over the next several weeks, and you can navigate to them once they are posted using the menu below:

*We defined the “leading candidates for president” as the incumbent President and all the Democrats who have polled at at least 5% in a national poll during the qualifying period ahead of the seventh democratic debate (November 14, 2019 to January 10, 2020). Eight Democrats met this benchmark. They are arranged in descending order according to their polling average in 538’s national polling aggregator on January 10, 2020: Joe Biden, Bernie Sanders, Elizabeth Warren, Michael Bloomberg, Andrew Yang, Amy Klobuchar, and Tom Steyer.

Since 2016 transportation has been the biggest source of greenhouse gas emissions in the U.S. The sector accounts for approximately 29 percent of U.S. greenhouse gas emissions. Cars and trucks account for over 80 percent of vehicle emissions, while planes, trains, and ships account for the remainder. Reducing America’s transportation-related carbon pollution is critical to addressing the global climate crisis.

Many states, including Colorado, are pursuing initiatives to promote electric vehicle adoption and build-out their vehicle charging infrastructure. But strong federal policies are required to ensure emissions from transportation are curbed. These policies include:

After comparing the climate plans of the leading candidates for president, here is how they stack up on transportation:

The power sector is the second largest source of greenhouse gas emissions in the US. The sector accounts for approximately 28% of the US’ emissions. In 2018, natural gas, coal, and other fossil fuels were responsible for 64% of the US’ electricity generation. Emissions from the power sector have dropped over the last decade thanks to increased energy efficiency, a shift from coal to natural gas and growth in wind and solar energy production. Still, much remains to be done in order to decarbonize the power sector.

Rather than taking steps to reduce power sector emissions, the Trump administration has rolled back the Obama Administration’s Clean Power Plan and replaced it with a coal-friendly alternative, set a tariff of 30% on imported solar panels, and has repeatedly sought to cut federal funding for renewable energy research and core functions of the Environmental Protection Agency.

Many states, including California, New York, and Hawaii, have passed laws setting them on course to fully decarbonize their energy production in the next several decades. But strong federal policies are required to ensure emissions from power generation are curbed.

After comparing the climate plans of the leading candidates for president, here is how they stack up on the power sector: 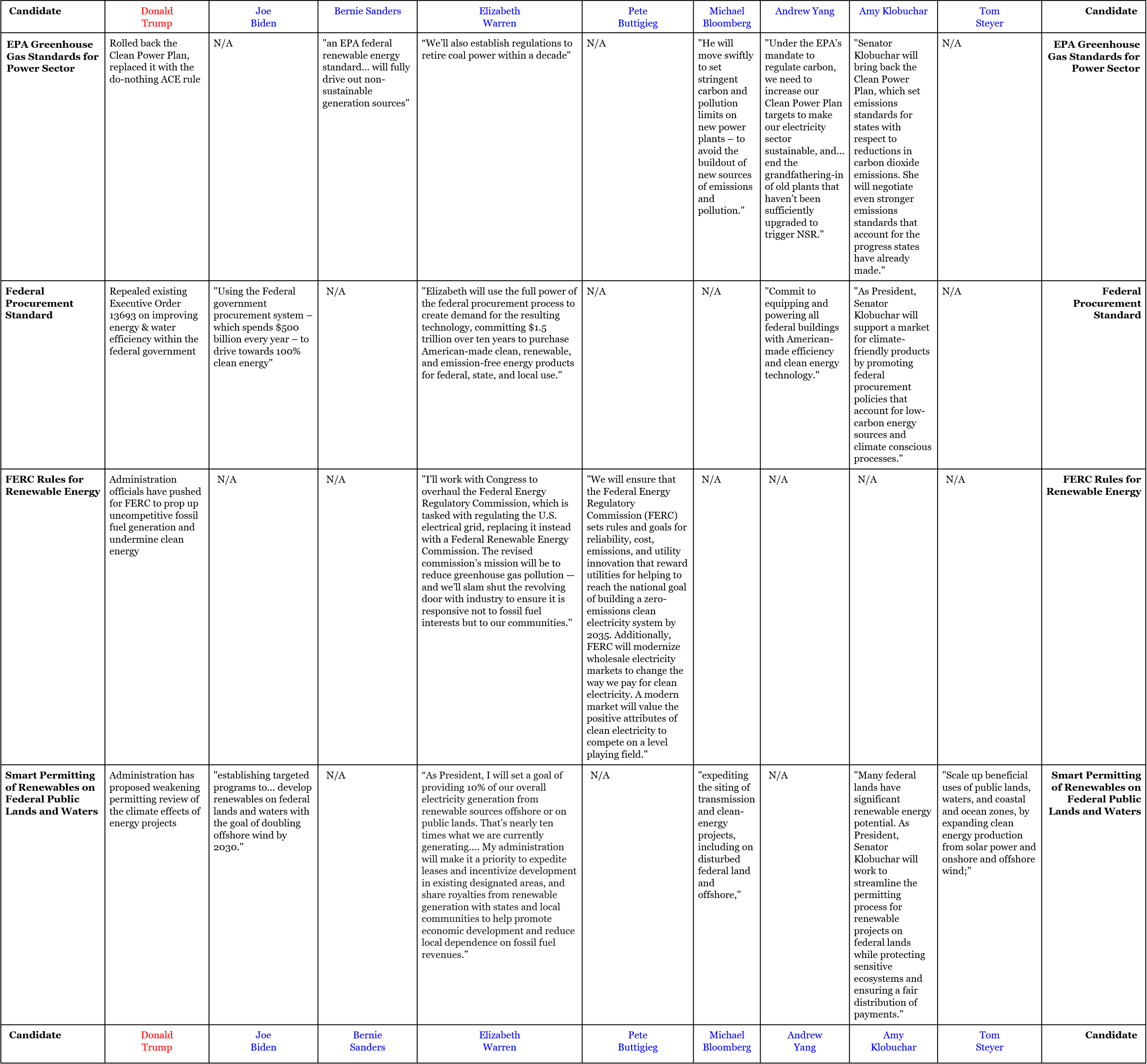 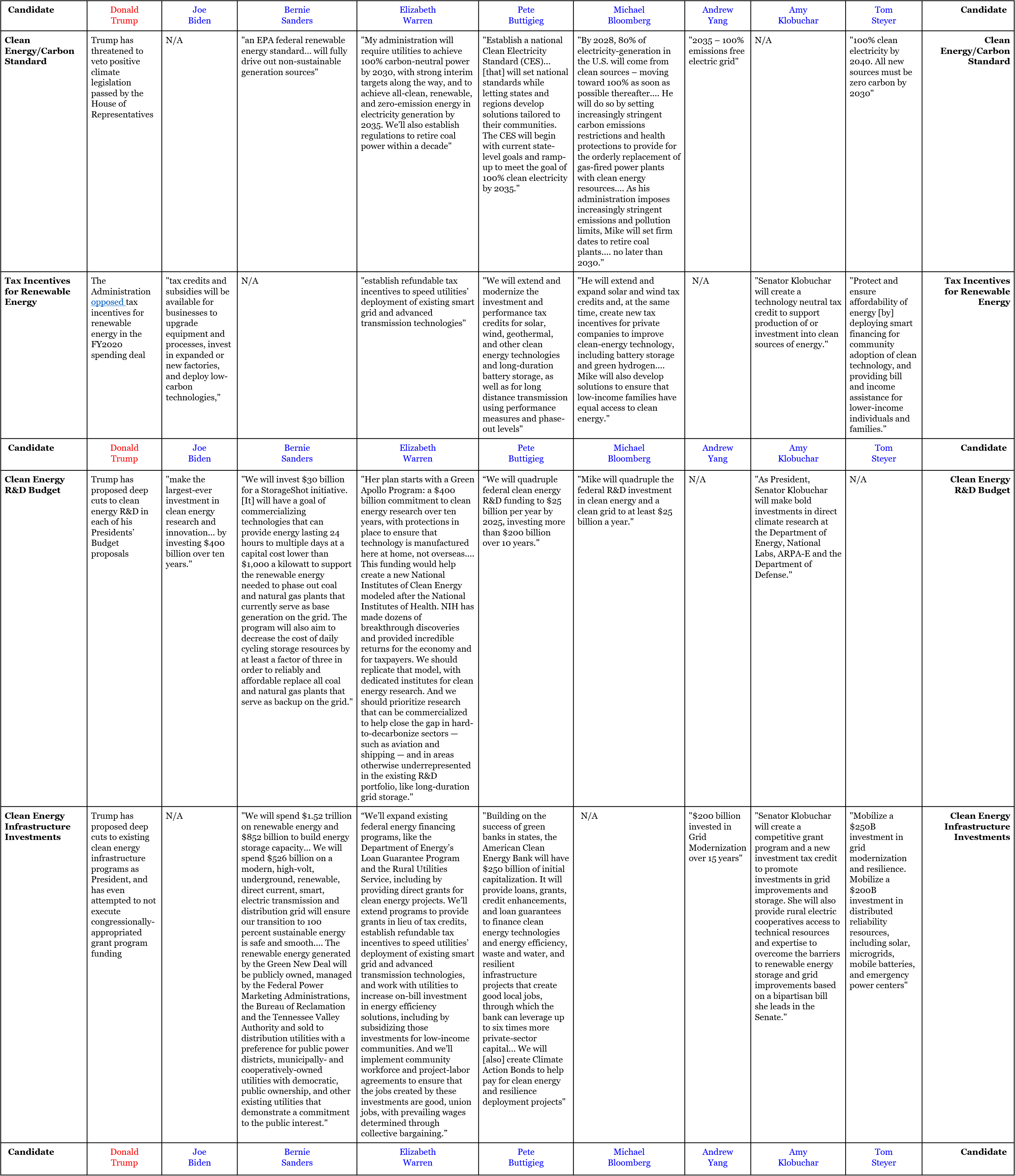