Voter Suppression Should Enrage Us into Action 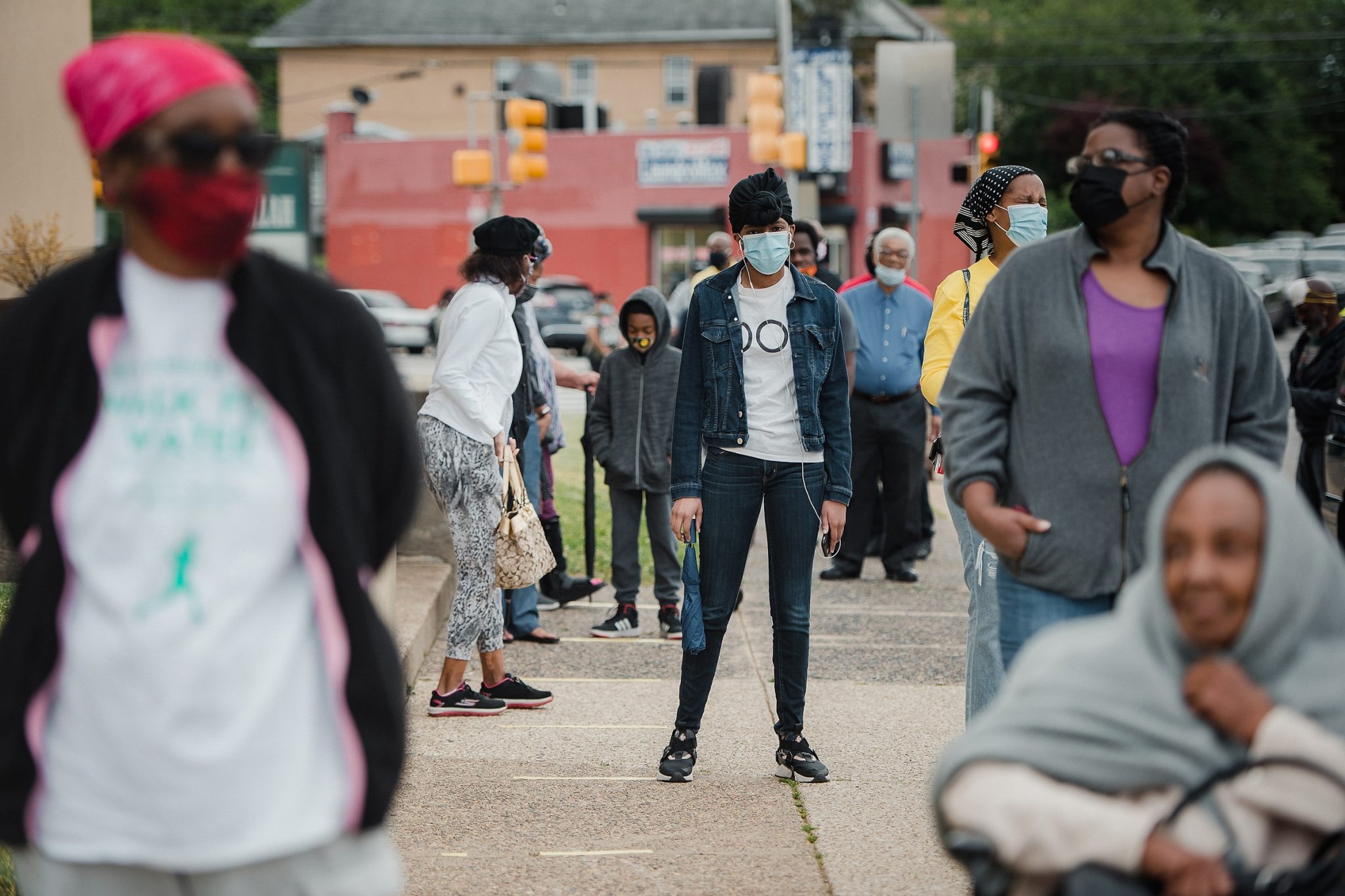 Stacey Abrams spoke to NRDC Action Fund members about what’s at stake in November’s election—and what we must do to ensure every vote is counted.

Every corner of life in this country has been upended by health, economic, and social crises. But an opportunity to rebuild stronger than before is in view as we speed toward the most consequential presidential election of modern times.

Key to a functioning democracy that reflects the views of all Americans is making sure that everyone can safely cast their ballots this November. We need every voice to be heard and for every vote to be counted. That means we must take action.

Stacey Abrams recently joined NRDC Action Fund members to talk about what’s at stake—and the steps we must take to ensure a safe and fair election. The former Democratic leader in the Georgia House of Representatives narrowly lost her bid to become the state’s first Black governor—and the first Black woman governor in the United States—two years ago in an election marked by widespread GOP efforts to suppress the Black vote.

Angered but not embittered, she founded Fair Fight, an organization that works to root out voter suppression and deepen civic engagement among low-income communities and people of color.

President Trump and the Republican party have been shamefully trying to sow doubt about the integrity of the election to suppress the votes of Black people, even amid a long overdue national reckoning with racial injustice. 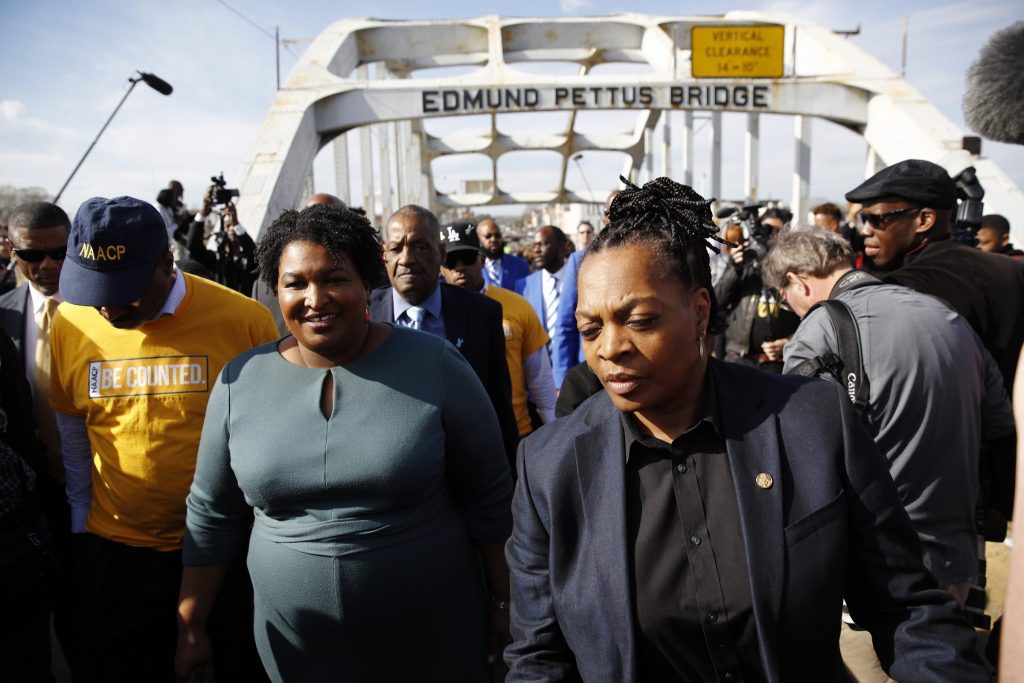 “Suppressing the vote, particularly of minority voters, protects the rights of Republicans and conservatives,” Abrams explained. “And, while voter suppression has been the province of Democrats, Republicans, and Independents, it has become the sole and primary tool used by Republicans in the last 20 years.”

Restrictive voter identification laws can make it hard for people to register to vote. Closing familiar polling places can make it hard to cast a ballot, as can purging from official voter rolls the names of people who missed an election or two. And confusion or fear over rules, last-minute changes, and delays in processing applications can mean some votes don’t ever get counted.

Such tactics have been on the rise nationally since 2013, when the U.S. Supreme Court weakened the landmark Voting Rights Act.

“That was the starting gun for even more states to join the race for voter suppression, and they did so,” says Abrams. The proliferation of voter suppression efforts, she says, has created “this miasma of fear and of resignation” that, by itself, suppresses the vote.

“It’s a vicious cycle,” she explained. “That’s one of the reasons voter suppression is so insidious.”

This year, of course, voting is even more complicated, due to the coronavirus pandemic, which threw primary elections into chaos and confusion across the country this spring.

In states like Pennsylvania, Indiana, and Georgia, voters stood in line for up to six hours to cast a ballot. In some cases, new voting equipment malfunctioned or polling staff were inadequately trained. Overwhelmed vote-by-mail programs led some people to having to vote in person, adding to the size of crowds. One of the biggest problems, though, was that polling stations were understaffed, and often closed, because poll workers didn’t want to risk contracting—or spreading—the coronavirus.

“It was dangerous; it was reckless,” says Neil Albrecht of the election commission in Milwaukee, which was able to operate just five of the city’s 180 polling stations for the April 7 elections. “I don’t believe that is a good representation of democracy.” 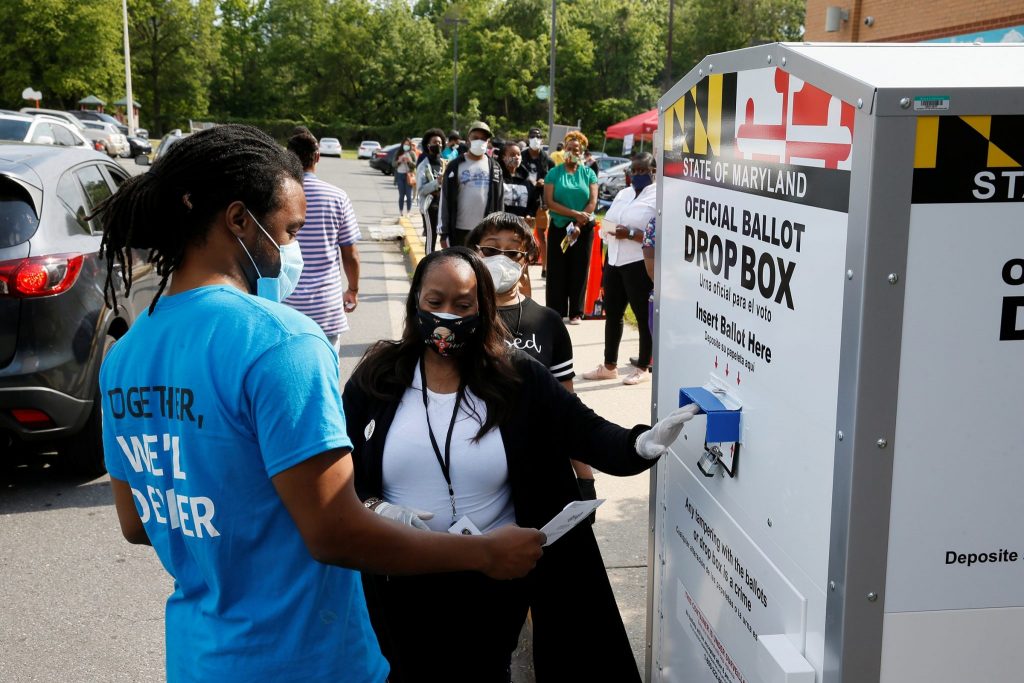 In College Park, Maryland, election judge Cassandra Campbell helps a voter—wearing a face mask to prevent the spread of COVID-19—submit his ballot in the presidential primary election on June 2, 2020, while other voters stand in a long line waiting to cast their votes. (Jim Bourg /REUTERS/Newscom)

What can we do?

Stopping voter suppression requires aggressive monitoring, court action, and, ultimately, voting out of office those who engage in it. Helping people register to vote and turn out on Election Day is essential.

Another big part of the solution, says Abrams, is to “scale up access to voting by mail to make it safer for voters to be able to cast their ballots,” she says. “We want mail-in voting for as many people as possible.”

Trump, who votes by mail, is trying to discourage it for others, falsely claiming that it’s an invitation to fraud.

Voting by mail, though, is secure. In Oregon, where all votes are cast by mail, only 22 were deemed fraudulent in 2016 elections, out of 2.8 million votes cast. That’s a failure rate of 0.00079 percent. And nationwide, mailed ballots more than tripled between 2008 and 2016, rising to 8.2 million, with no increase in fraud.

The Democratic-controlled House approved $3.6 billion in such assistance in May as part of a larger pandemic relief package called the Heroes Act. The bill would make sure everyone who wants to can vote by mail or vote safely in person.

It’s been languishing in the Republican-controlled Senate for weeks. The country needs the Senate to act—now.

“We have to pass laws that fix it but we, more importantly, have to overwhelm the system every single election,” says Abrams. “Because while voter suppression does have the effect of blocking access, there are more of us than there are of them. And, to the extent we are willing to engage and bring communities together to vote, despite the obstacles, the more likely we are to actually transcend those obstacles and build the kind of democracy we deserve.”

So let’s do it. Let’s stand up for fairness and refuse to back down. If we stick together and don’t give up, we can’t lose.

Take Action:
Tell your Senators to support safe and fair elections this November.