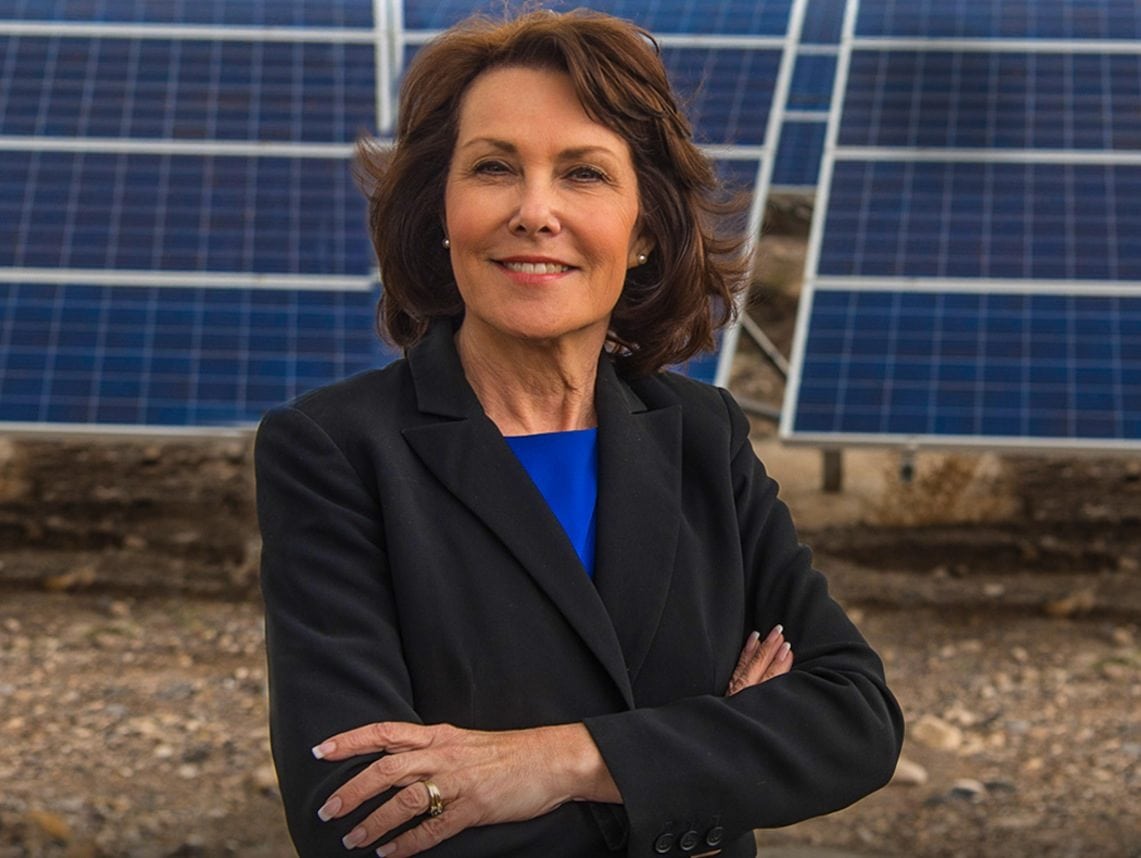 The 2018 midterm elections swept dozens of pro-environment candidates into Congress, and several of these newly-elected members are themselves scientists or environmental advocates. They’re the type of forward-thinking leaders who the NRDC Action Fund worked hard to help elect in 2018, and who America needs in order to tackle the mounting challenges brought forth by climate change. Here are ten new members we expect will be environmental champions in the 116th Congress.

The NRDC Action Fund endorsed Sen.-elect Rosen because of her strong record of fighting for clean energy jobs in Nevada and protecting public lands. Prior to her time in the U.S. House, Rosen was a computer programmer. As the president of Nevada’s largest synagogue, she oversaw the construction of a solar array that saved her synagogue 70% in energy costs. And as a congresswoman, she fought to preserve Yucca Mountain from becoming a nuclear waste dump and earned a 97% Lifetime Score from the League of Conservation Voters (LCV).

Before his run for Congress, Rep.-elect Levin was an attorney advocating for environmental and energy regulatory compliance who also founded a clean energy industry trade organization in Orange County. He also served as a board member for the Center for Sustainable Energy in San Diego. On the campaign trail, Levin put his environmental record front and center and ran campaign ads highlighting his pro-environment stances.

During her campaign, Rep.-elect Mucarsel-Powell said that Florida’s 26th, covering most of South Florida, is “ground zero” for climate change—and she’s right. Mucarsel-Powell understands the risks of climate change because she saw them firsthand while working for the Coral Restoration Foundation. On the campaign trail, she highlighted her environmental work in campaign ads, including one in which she advocated for climate action while scuba diving in South Florida’s reefs.

Prior to his run for office Rep.-elect Casten led two clean energy companies, and he made his scientific and business backgrounds the centerpiece of his campaign. Casten ran campaign ads highlighting how his pro-environment stances contrast with President Trump’s.

In January, Rep.-elect Levin will succeed his father, Rep. Sandy Levin (D), to represent Michigan’s 9th congressional district. Before his run for Congress, Levin led the Michigan Department of Energy, Labor and Economic Growth and created Lean & Green Michigan, a statewide private-public partnership that allows property owners to cheaply invest in clean energy. By partnering with three dozen local Michigan governments, the program has given nearly 70% of Michiganders access to affordable clean energy.

From studying industrial engineering and technology policy at Stanford and MIT, to leading a startup that incentivizes top companies to be more sustainable, Rep.-elect Houlahan has been an advocate for the environment and scientific literacy for her entire career. She decided to run for Congress because she wanted to stop the government from tearing apart critical environmental protections, and she has the experience to counteract the Trump administration’s assaults with a pro-environment platform of her own.

Rep.-elect Cunningham, an ocean engineer, launched and ran his campaign squarely in opposition to offshore drilling. After President Trump made moves to expand offshore drilling earlier this year, Cunningham was able to highlight his opposition to differentiate himself in the race. He even released a campaign ad of himself stating his opposition while treading water in the Atlantic Ocean. Cunningham’s stance earned him bipartisan support from local leaders and greatly contributed to his flipping the seat to the Democrats for the first time in nearly 40 years.

In the only televised debate between Rep.-elect Spanberger and the outgoing Rep. Dave Brat (R), Spanberger made a powerful argument for why America stands to benefit from investing in clean energy and environmental protections. As a former CIA officer, she understands that holistic climate action is critical to America’s economic and national security, and that everyone depends on a healthy environment.

Rep.-elect Wexton was an environmental champion in the Virginia Senate, sponsoring legislation that would make clean energy more accessible to all Virginians and hold polluters more accountable for the damage they cause. She also earned the Environmental Freedom Award from Sierra Club Virginia and the Legislative Hero Award from the Virginia League of Conservation Voters.