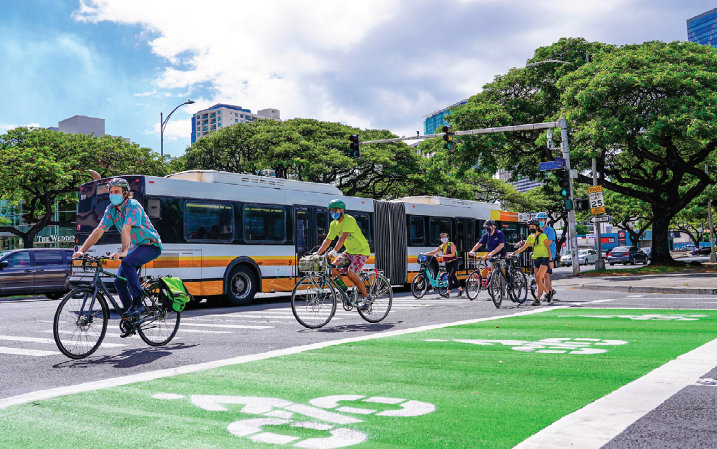 The NRDC Action Fund is driving climate action in cities across the country through the Bloomberg Philanthropies American Cities Climate Challenge.

Update 6/2/2021: Honolulu’s City Council unanimously adopted the city’s first-ever Climate Action Plan. Through ambitious strategies on transportation, buildings, energy, and more, the plan commits the city to cutting carbon emissions 45% by 2025. NRDC and local partners including the Hawai’i Youth Climate Coalition, Blue Planet Foundation, Faith Action for Community Equity, Ulupono Initiative, Blue Zones Project Hawai’i, and Sierra Club of Hawai’i urged both the plan’s passage and its rapid implementation. Key next steps include adoption of the city’s first Pedestrian Plan and a policy to benchmark energy use in buildings community-wide to help create jobs, save energy, and save money.

On Earth Day, Honolulu’s Mayor Rick Blangiardi and his Resilience Office released a final draft of the city’s very first Climate Action Plan. More than a year and many community meetings in the making, the plan spells out the actions required to cut emissions in Honolulu by 45 percent in the next five years.

If the plan is adopted and implemented, the city will deliver on its commitment to meet the goals of the Paris Climate Agreement and go below zero emissions by 2045. The plan must still be voted on by Honolulu’s City Council.

Contact your Councilmember to urge them to pass the Climate Action Plan — and implement it!

Emissions are increasing, especially from driving

This emissions increase shows the need for action.

These are a good start. The plan promises more to come, to accelerate cleaner, healthier transportation in Honolulu. 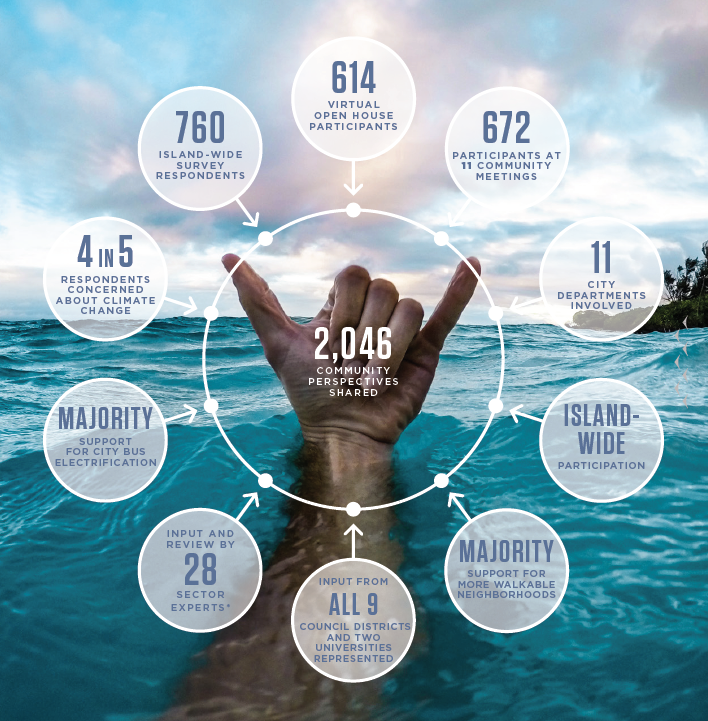 The plan was created with significant outreach and public input, in response to widespread concern about climate change.

Key priorities in the plan include:

These actions, and more, are necessary to help protect Honolulu’s residents and their environment from the worst impacts of climate change.

Already, as the Climate Action Plan points out, average temperatures in Honolulu are hotter. Rain events and storms–and the landslides they trigger–are growing more severe. Cyclones and hurricanes are traveling more frequently toward Hawai‘i. The islands’ native plants, animals, and habitats, many found nowhere else, are at risk–especially the iconic coral reefs.

Contact your City Councilmember and encourage them to act to pass Honolulu’s first Climate Action Plan and call for its rapid implementation, for a safer, healthier future for all on O‘ahu.

The NRDC Action Fund is driving climate action in cities across the country through The American Cities Climate Challenge.  …