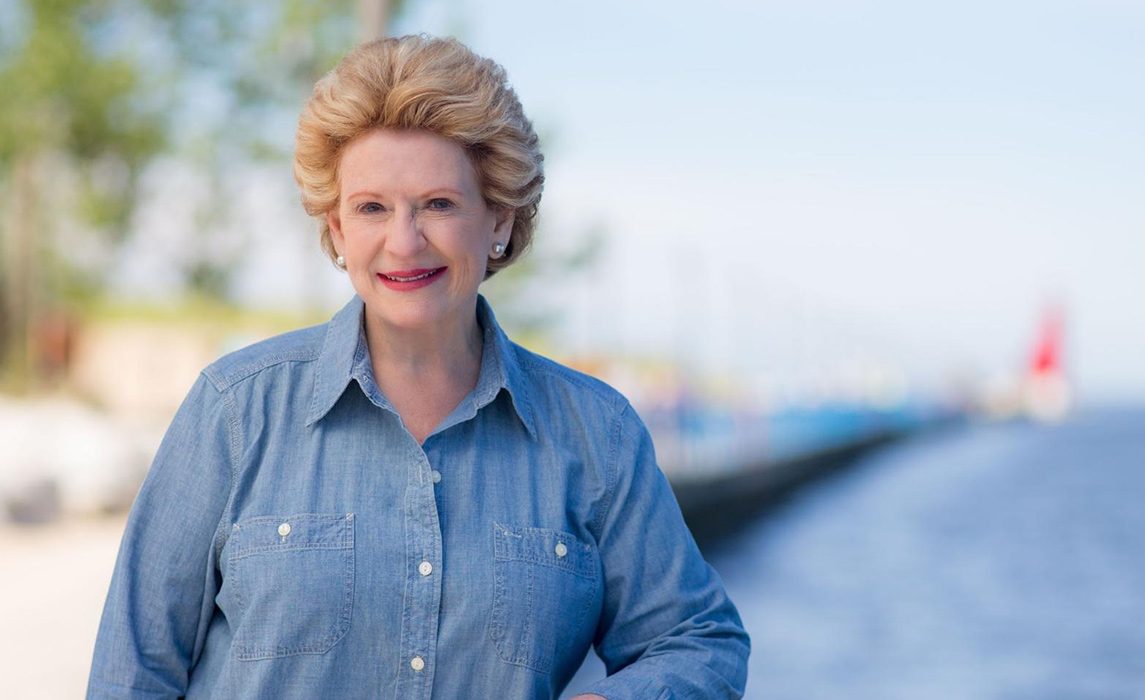 “Senator Stabenow is a tireless advocate for public health and the environment in Michigan and across the country,” said LCV Action Fund Senior Vice President of Governmental Affairs Tiernan Sittenfeld. “She has fought hard for the people of Flint in the wake of the lead pollution disaster there, and she is working to promote clean energy and combat the climate crisis. We are proud to endorse her for reelection.”

“Senator Stabenow knows that a safe environment is vital to the health and prosperity of Michigan families and all Americans,” said NRDC Action Fund Executive Director Kevin Curtis. “She works hard to protect the unique economies and ecosystems of the Great Lakes. She helped secure aid for Flint residents after their water was poisoned, and she fights for climate action to ensure we leave our children a livable planet. The NRDC Action Fund is proud to endorse Sen. Stabenow’s re-election campaign.”

“Debbie Stabenow has a proven record of delivering results for the Great Lakes.” said Michigan League of Conservation Voters Executive Director Lisa Wozniak. “She led bipartisan efforts to stop cuts to the Great Lakes Restoration Initiative, authored legislation to stop the spread of Asian carp, and has taken action to demand better safety measures on the Line 5 pipeline. We know we can trust Senator Stabenow to continue fighting for Michigan’s lakes and waterways.”

“I am honored to be endorsed by the League of Conservation Voters Action Fund and the NRDC Action Fund,” said Senator Debbie Stabenow. “Together, we have restored every penny of President Trump’s cuts to Great Lakes funding, fought against efforts to gut environmental protections, and are making sure every Michigan family has access to clean air and clean water.”

Debbie Stabenow has led the fight in Congress to protect the Great Lakes as the Co-Chair of the bipartisan Great Lakes Task Force, working to fight invasive species and raising concerns about the safety of the Line 5 pipeline. She has also been a leader in the efforts to repeal subsidies to Big Oil and has been outspoken on the urgent need for climate action. Stabenow has joined nearly 200 members of Congress who’ve publicly called for the resignation of Environmental Protection Agency (EPA) Administrator Scott Pruitt. Senator Stabenow earned a strong 95% score on the LCV’s 2017 National Environmental Scorecard.

The League of Conservation Voters (LCV) Action Fund, the connected federal political action committee (PAC) of the League of Conservation Voters, works to elect candidates who will implement sound environmental laws and policies, and defeat those who stand in the way of progress. Since the 1994 election cycle, LCVAF has helped elect and re-elect 74 U.S. senators and 331 members of the U.S. House of Representatives.  Over the last several years, our efforts have also helped elevate climate change and clean energy as critical issues in key elections.

About the NRDC Action Fund
The NRDC Action Fund’s mission is to build political support in the United States for protecting the planet and its people. We mobilize influential constituencies, experts, community leaders and others to directly advocate for clean air and water, public health, biodiversity, and a stable climate. We support candidates who stand up for environmental protection, and we expose those who side with polluters rather than the public good. The NRDC Action Fund is the 501(c)4 affiliate of the Natural Resources Defense Council (NRDC), but these organizations’ names are not interchangeable. This news release is from the NRDC Action Fund, not NRDC.