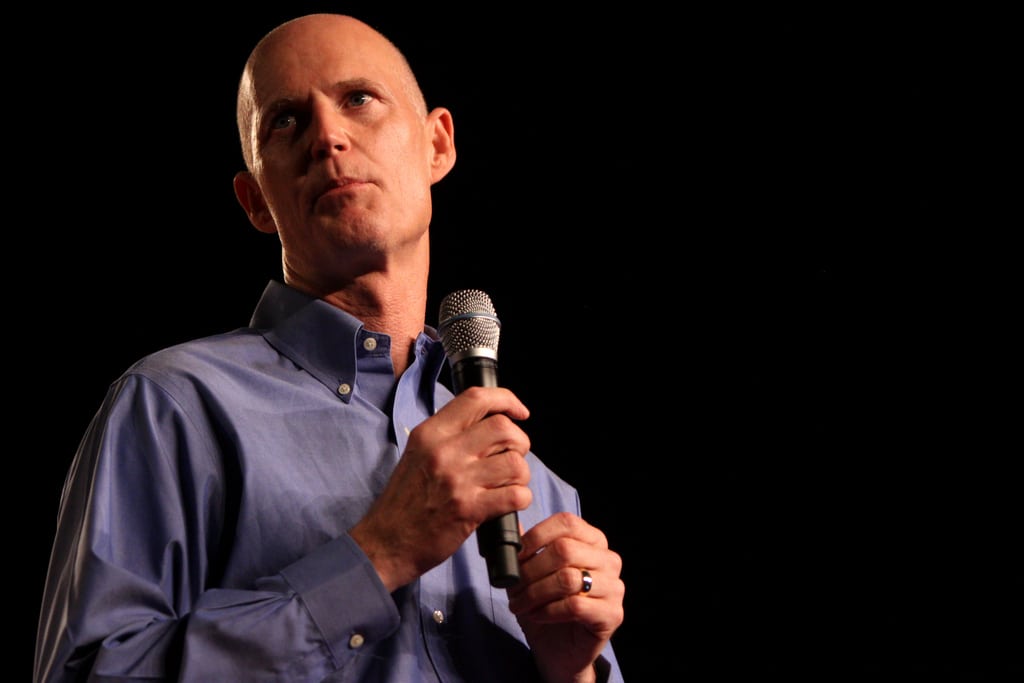 Washington – Ahead of an expected announcement by Gov. Rick Scott (R-Fla.) that he will challenge incumbent U.S. Sen. Bill Nelson (D-Fla.) in the 2018 election, Kevin Curtis, executive director of the NRDC Action Fund, a national environmental organization, released the following statement:

“Governor Scott has regularly put the wishes of corporate polluters above the needs of Florida’s environment and families. He’s sided with a fringe movement of climate change deniers, defunded popular and bipartisan conservation programs, and undermined the enforcement of air, water, and climate protections. If you value Florida’s natural resources, a strong economy, and a safe future for our children, casting a vote to put Rick Scott in the Senate makes zero sense. Senator Nelson is the clear, best choice in this race.”

After the Trump administration recently included Florida in its plans to open nearly all U.S. coastlines to offshore drilling, Scott staged a press conference in the Tallahassee airport with Interior Secretary Ryan Zinke to claim he had spontaneously negotiated an offshore drilling exemption for the state. But e-mails later obtained by news organizations showed Scott’s and Zinke’s offices pre-planned the event as a political favor to Scott, who is damaged by his career-long support for expanded offshore drilling. In fact, no formal exemption for Florida has been granted by the Trump administration so far, and the state’s coasts remain vulnerable to expanded offshore drilling.

In contrast to Scott’s abysmal environmental record, Nelson has long fought to ban more drilling off Florida’s beaches and worked to bring justice to Gulf communities in the wake of the BP oil spill. He received a 95% voting score from the League of Conservation Voters in 2017 and has amassed a strong environmental record over his more than 30 years of public service. Nelson fights for climate action and voted against the confirmation of President Trump’s scandal-prone, science-denying EPA administrator, Scott Pruitt. The NRDC Action Fund proudly endorsed Nelson for re-election in January.

Weakened and cut funding for environmental and health safeguards

“Scott has bulldozed a record of environmental protection that his Republican and Democratic predecessors spent decades building. He weakened the enforcement of environmental laws and cut support for clean water, conservation and other programs. He simultaneously made it easier for the biggest polluters and private industries to degrade the state’s natural resources. While the first-term Republican attempts to transform himself into an environmentalist during his re-election campaign, his record reflects a callous disregard for the state’s natural resources and no understanding of how deeply Floridians care about their state’s beauty and treasures.”

“The governor, who started his term seven years ago by gutting state agencies that protect Florida’s environment, is presenting himself as more green than Kermit the Frog as he considers a run for U.S. Senate. Scott is now against offshore oil drilling. He’s a champion of the Everglades. He supports land conservation. He wants to save the imperiled St. Lucie and Caloosahatchee estuaries and the Indian River Lagoon. He’s for those things now … but his actions early in his tenure as governor sure made it look like he was against them.”

“The Election Year Environmentalist can tout his plan all he wants — we’ve heard this story before. It’s election season and Governor Rick Scott is yet again promising he’ll deliver for our environment. Except he’s only offering a third of what he said in 2014. Floridians will be lucky to see pennies on the dollar from this failed Rick Scott promise.”