NRDC Action Fund Endorses These Candidates in the 2022 Elections 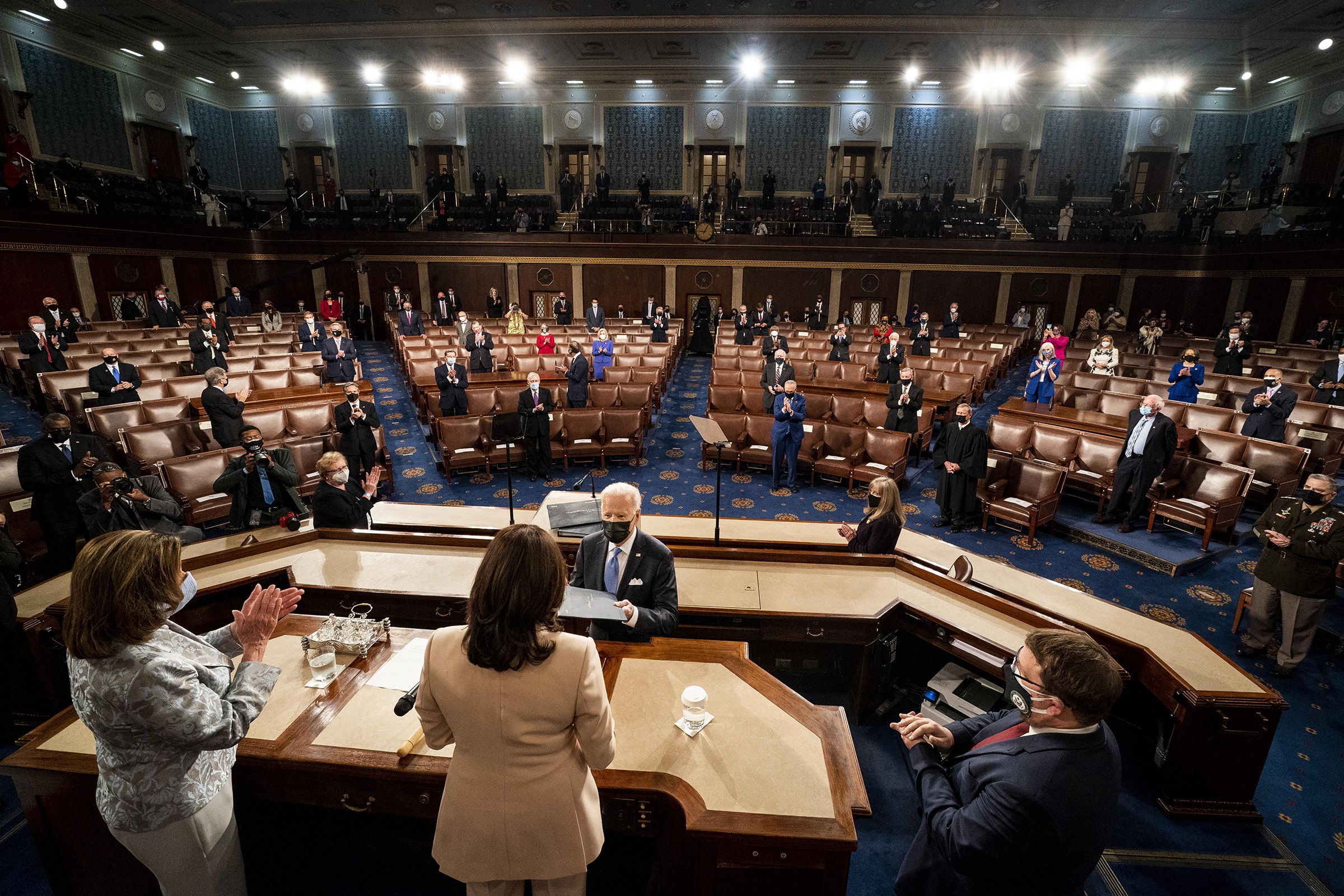 Tackling the climate, environmental justice, and economic crises facing the country is essential to our future—and these are just the right people to do it.

Since coming into office, President Biden has been fighting hard to push his Build Back Better agenda—which combines substantial investments in climate action, infrastructure, and economic recovery with the creation of millions of new jobs—through Congress. Fortunately, a number of senators and representatives have the president’s back and can claim impressive environmental records of their own.

Whether they’re seeking their first term, have been in office for a short time, or are Senate stalwarts whose tenure reaches back decades, each of the following candidates displays a keen understanding of how climate action, environmental justice, and economic recovery overlap, and we need all of them to keep fighting for our future. This is why the NRDC Action Fund is endorsing these senators in their bids for reelection in 2022.

California’s first Latino senator—appointed to his seat when his predecessor, Kamala Harris, became vice president—has wasted no time establishing his climate-champion credentials since taking office in January 2021. In May, Padilla introduced the Protecting Unique and Beautiful Landscapes by Investing in California (PUBLIC) Lands Act, which would increase protections for more than a million acres of federal public lands and nearly 700 miles of waterways throughout the Golden State. The following month saw him cosponsoring The Living Shorelines Act, along with four other senators from coastal states; the legislation aims to direct funding from the National Oceanic and Atmospheric Administration to state and local projects that research and build coastal resilience through natural infrastructure. And in August, Padilla—who holds a mechanical engineering degree from the Massachusetts Institute of Technology—passionately urged his fellow senators to heed the scientific findings at the heart of the most recent Intergovernmental Panel on Climate Change (IPCC) report and “meet the challenge of our generation” by fully funding substantive climate action. “Climate cannot be on the chopping block of any budget,” he said. “It’s non-negotiable.”

Over his two terms in the Senate, Bennet has been a powerful voice for Coloradans and the issues that matter most to them—including the responsible stewardship of public lands and waters, a cause he’s been championing since he first arrived in the Capitol back in 2009. Earlier this year, he introduced legislation calling for vast increases in funding for the cleanup of orphaned and abandoned oil and gas wells and encouraging greater transparency in the process by which federal lands are leased to fossil fuel developers. After more than a decade of calling for complete and permanent funding of the Land and Water Conservation Fund, he was instrumental in last year’s Senate passage of the Great American Outdoors Act, the most sweeping and comprehensive public lands legislation to emerge in a generation. Bennet has also cosponsored legislation that would affirm the Intergovernmental Panel on Climate Change’s climate findings and pressured the U.S. Environmental Protection Agency (EPA) to classify per- and polyfluoroalkyl substances (PFAS) as hazardous. Coloradans would be lucky to have him representing them in Washington for a third term.

Before joining the Senate, Blumenthal spent 20 years as Connecticut’s attorney general, where he fought aggressively for increased air protections and even brought lawsuits against several midwestern utilities that relied on highly polluting coal-burning power plants. In Washington, he has been a consistent voice in support of renewable energy, increased energy efficiency, and ending tax subsidies for the oil and gas industry. In 2019, he cosponsored the International Climate Accountability Act, a bill designed to prevent President Trump from withdrawing the United States from the Paris Agreement. Not long thereafter, he was standing up to Trump once again—this time in defense of the Northeast Canyons and Seamounts Marine National Monument, which Trump had opened up to commercial fishing in 2020 but which may soon enjoy full protections once again, thanks in large part to Blumenthal’s efforts. A third term would allow him to build on an already impressive record on climate, energy, and transportation issues.

Earlier this year, Georgia voters delivered a powerful message by sending Reverend Raphael Warnock—the senior pastor at Atlanta’s historic Ebenezer Baptist Church, where Martin Luther King Jr. worshipped and preached—to the Senate during a special election. As a minister and community leader, Warnock has spoken out against environmental injustice, held interfaith summits on climate change (with guests such as former vice president Al Gore), and created “Project Green: Sustainable Ebenezer” to bring environmental justice issues to the forefront of his congregants’ minds. Re-electing him to a full Senate term would give him a chance to follow through on his stated goals for Georgia and the rest of the country, such as moving our economy to net-zero emissions by 2050 by investing in clean energy and making sure that communities of color are full participants in such a transition.

Schatz made his first foray into public service as a teenager growing up in Honolulu, where he joined a student-led group dedicated to organizing student volunteers on behalf of various environmental causes. As the Aloha State’s senior U.S. senator, he has taken this passion with him to his positions as co-chair of the Senate Climate Change Task Force and chair of the Senate Democrats’ Special Committee on the Climate Crisis. In an early display of such energy, in 2014—barely a year into his first term—Schatz organized an all-night climate change “talkathon” on the Senate floor that more than two dozen of his fellow Senate Democrats attended. Hawai‘i’s residents should give him a chance to keep up the good work by granting him another term.

Though she’s only been in the Senate since 2017, Tammy Duckworth’s record on climate and the environment is substantial. As a member of the Committee on Environment and Public Works, Duckworth was a vocal critic of the Trump administration’s attempts to roll back protections for America’s air, water, wildlife, and public lands. She also frequently took Trump’s EPA to task for its weakening of protections relating to clean water as well as mercury and other toxins. In 2019, she helped form the Senate’s first-ever Environmental Justice Caucus, dedicated to raising awareness of and advancing legislation for low-income communities that have been adversely affected by corporate polluters. Duckworth has proven herself to be a fighter on many issues—environmental ones are clearly important to her.

First elected in 2017, Maryland’s junior senator has unsurprisingly made the cleanup of the iconic Chesapeake Bay a priority during his Senate nascency. Since then, however, he has also become an aggressive champion of pollution control and climate action more broadly. He strongly supports legislation that would move the United States toward net-zero emissions by 2050. For example, in August, he was one of a half-dozen cosponsors of the Polluters Pay Climate Fund Act, which would require the biggest fossil fuel companies doing business in the United States to pay into a fund dedicated to tackling climate change based on the companies’ emissions footprints. Marylanders need to bring him back for another term.

As she vies for a second term, New Hampshire Senator Hassan can already lay claim to a big environmental record relative to the size of her small New England state. In 2019, she introduced into legislation the NET METER Act, which would promote the growth of the solar power industry by compensating businesses and homeowners for the electricity generated by their solar panels. She provided a loud voice in support of fully funding and permanently reauthorizing the Land and Water Conservation Fund, which had languished for decades until she and other lawmakers stepped up to restore it during the 116th Congress. And Hassan has fought aggressively to remove per- and polyfluoroalkyl (PFAS) contaminants from drinking water and to ban offshore drilling and seismic testing off the Atlantic coast. We can expect more great things from Hassan if she wins a second term.

As the current majority leader of a Senate in which he’s served for more than two decades, Schumer has become a major force in American politics. His influence is felt in so many different realms of lawmaking—foreign policy, health care, immigration, to name a few—that it can be easy to overlook just how important his current leadership position is to the environment and to realizing President Biden’s climate and clean energy goals. If re-elected by New Yorkers, he’ll continue to bring his formidable political skills to the job of turning good ideas into good, and enduring, public policy.

Beasley—who rose from the role of public defender in Fayetteville to become the first Black woman to serve as chief justice of the North Carolina Supreme Court—is the presumptive Democratic nominee for the open U.S. Senate seat being vacated by retiring North Carolina Senator Richard Burr (R-NC). Given the vulnerability of her state’s coastal communities to hurricanes and other extreme weather events, it’s unsurprising that Beasley has placed climate resilience and environmental justice at the forefront of her campaign, noting that “tackling the climate crisis is imperative to our health, economy, and security.” She has expressed strong support for many of the provisions found in President Biden’s Build Back Better plan, including investing more in climate-resilient infrastructure, expanding the renewable energy sector, and offering North Carolinians the training they need for the coming wave of clean energy jobs. She openly backs President Biden’s call to reduce carbon emissions by 50 percent by 2030 and has promised, if elected, to help bring federal support to North Carolina Governor Roy Cooper’s ambitious climate plan for the Tar Heel State.

Since joining the Senate 25 years ago, Wyden has been a steady, reliable vote for legislative action to curb the emissions that cause climate change, which he has cited as “the most important environmental challenge of our time.” He was a fervent supporter of President Obama’s Clean Power Plan in 2015 and an equally fervent opponent of attempts by President Trump to repeal it a few years later. Wyden has long had a reputation as a bridge-builder, which has served him and Oregonians well as he’s worked to find common ground between clashing stakeholders in various attempts to protect his state’s forests, waterways, and canyonlands. All the while, he’s been a fierce opponent of tax breaks for fossil fuel companies and a strong advocate for laws that promote wind and solar—and as a senior member (and former chair) of the Committee on Energy & Natural Resources, Wyden has considerable influence over our national renewables policy.

Since 1988, when she became a Washington state senator before heading to Washington, D.C., in 1993, Murray has tirelessly fought for a wide range of environmental laws and policies designed to fight the climate crisis, expand wildlife habitat, and clean up polluted sites. Most recently, during the Trump administration, she pushed back hard against former EPA administrator Scott Pruitt’s decision to repeal President Obama’s Clean Power Plan, and then did the same when Pruitt’s successor, Andrew Wheeler, wavered on setting standards that would have protected people against being exposed to toxic chemicals through their drinking water. Murray has also called for a permanent ban on offshore oil and gas development off the West Coast and led efforts to clean up and restore Puget Sound and Pacific coastal salmon habitat. Washingtonians—and the rest of us—need her in the Senate.

Learn more about these candidates here.

Afraid of losing their grip on power, some leaders—including President Trump—are doing whatever they can to keep people from…