NRDC Action Fund May 14, 2020
Success in Greater Cincinnati for Clean Transportation
May 14, 2020 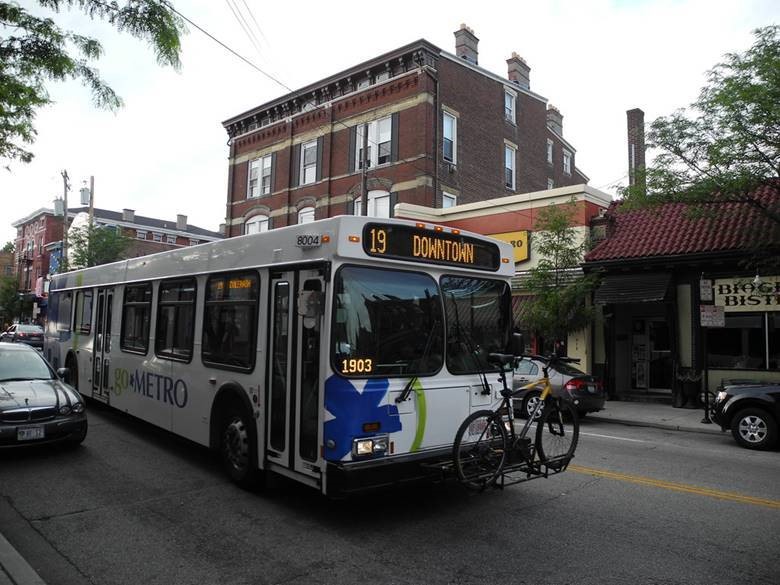 Residents in Hamilton County, home to the City of Cincinnati and its surrounding metropolitan area, showed their commitment to cleaner, more reliable public transit by voting in favor of Issue 7 in an historic absentee voting election. The successful ballot measure will increase Hamilton County’s sales tax by 0.8%, which will be reinvested in the Southern Ohio Regional Transit System (SORTA) as well as in local infrastructure improvements.

The NRDC Action Fund has been supporting the City of Cincinnati to achieve cleaner transportation through the Bloomberg Philanthropies American Cities Climate Challenge, an initiative to help 25 cities meet their Paris Climate commitments through improvements to their buildings and transportation systems. We supported the Issue 7 election, which will increase funding for SORTA, Greater Cincinnati’s transit agency, because transportation is now the largest source of carbon pollution from the U.S. economy.

Historically, funding for SORTA has come from a city-wide earnings tax, providing the transit agency with only less than half of $50 million annually, far below their $100 million budget. Now, with the passage of Issue 7, increased funding will come through the new county-wide sales tax and with 75 percent of the annual proceeds going produce the needed $100 million annually to SORTA, and 25 percent with the remaining $30 million going toward infrastructure upgrades for roads and viaducts.

The passage of Issue 7 means that SORTA finally has the resources to start implementing its Reinventing Metro plan. This redesign includes four key aspects of transit that SORTA commits to improving: faster service with improved connections, increased frequency, extended service hours, and enhanced customer amenities. The objective of this plan is to create a more sustainable, economically healthier Hamilton County. A UC Economics Center Study shows that with SORTA’s funding, up until just yesterday, 75,000 healthcare and manufacturing jobs in Hamilton County were not readily accessible by public transit. A lack of transit access to jobs and services is a major factor in labor shortages and economic hardship. With Issue 7’s new funding package, however, Metro routes will get residents to new destinations, faster, and during expanded times.

Issue 7 would not have passed without the tireless advocacy of the individual transit riders and local organizations working everyday to see a brighter, more sustainable Greater Cincinnati. The key players behind Issue 7 were Move Forward, CommEN Strategies, and the NRDC Action Fund in support of the American Cities Climate Challenge.

Move Forward is a political action committee that fundraised and advocated for Issue 7 from the beginning. The Better Bus Coalition, the Cincinnati Chamber of Commerce, and a number of Hamilton County elected officials all endorsed Issue 7 thanks to Move Forward’s efforts to build a diverse coalition of Cincy-based supporters. Move Forward’s organizing power and tenacity is what stood the test when it came time to vote.

CommEN Strategies is a consulting firm specializing in community engagement and fortifying relationships between community partners, and they have been a key grassroots arm for Issue 7. CommEN has spent the last two months engaging and educating voters around this issue via a variety of  digital and grassroots engagement tactics. Their on-the-ground action brought everyday transit riders in Greater Cincinnati into the Issue 7 campaign.

Because Cincinnati is one of the American Cities Climate Challenge’s 25 participating cities, NRDC Action Fund, through its support of the Climate Challenge provided critical communications and campaigning expertise to Issue 7, helping to provide logistical support and foster necessary public awareness up until election day.

With Issue 7’s adoption, Greater Cincinnati sets an example in the Midwest, and throughout the country, as a champion for cleaner transportation and accessible public transit.